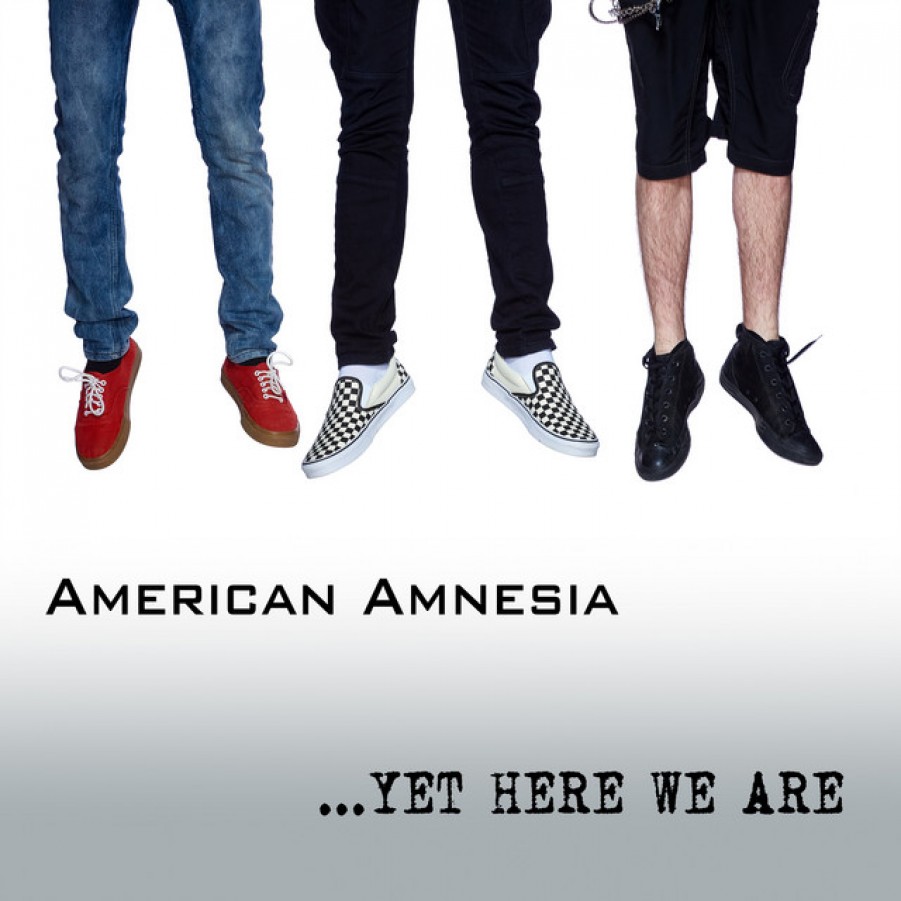 “…Yet Here We Are” features 11 tracks and produced by Howard Nemaizer. While listening to these guys music I noticed their influence is very clear with some legends like; Led Zeppelin, Metallica, Alice In Chains, The Killers, and Rush. Actually, the guitar riffs of “Carillon” and “Questions in the Dark” reminds me of Metallica‘s greatest era! I loved the structure of “Stars of Orion” and “No Doors” so much, and the soloing style of Patrick served the music very well. “Means to an End” and “Time” aren’t my cup of tea really, anyhow it’s not kind of songs when you hear you get annoyed of, at least it’s very smooth to listen.

Sam Censnak shows remarkable talent really on drums, I like his lines in most of the tracks but my favorites are “Richest Poor Man”, “How Come?” and “The Candle”. Gus showed a nice harmony and tightness really through his bass lines which kept the music in great shape.

American Amnesia were very keen about production and publicity process. As mentioned earlier it’s produced by Howard Nemazier, engineered by Dave Swanson at Legend Studios and for mixing done by Howard and Patrick Nemaizer. The album have been mastered by Justin Shturtz at Sterling Sound. And the artwork by Factory Underground. Photography by John Shyloski. And for PR and promotional matters it’s happening by Independent Music Promotions.

“…Yet Here We Are” released on July 1, 2018 via Prophet Motive Records LLC. I’d rate these guys 8 out 10 and I believe that they are on the right direction to become one of the next rockstars. Keep it up guys!