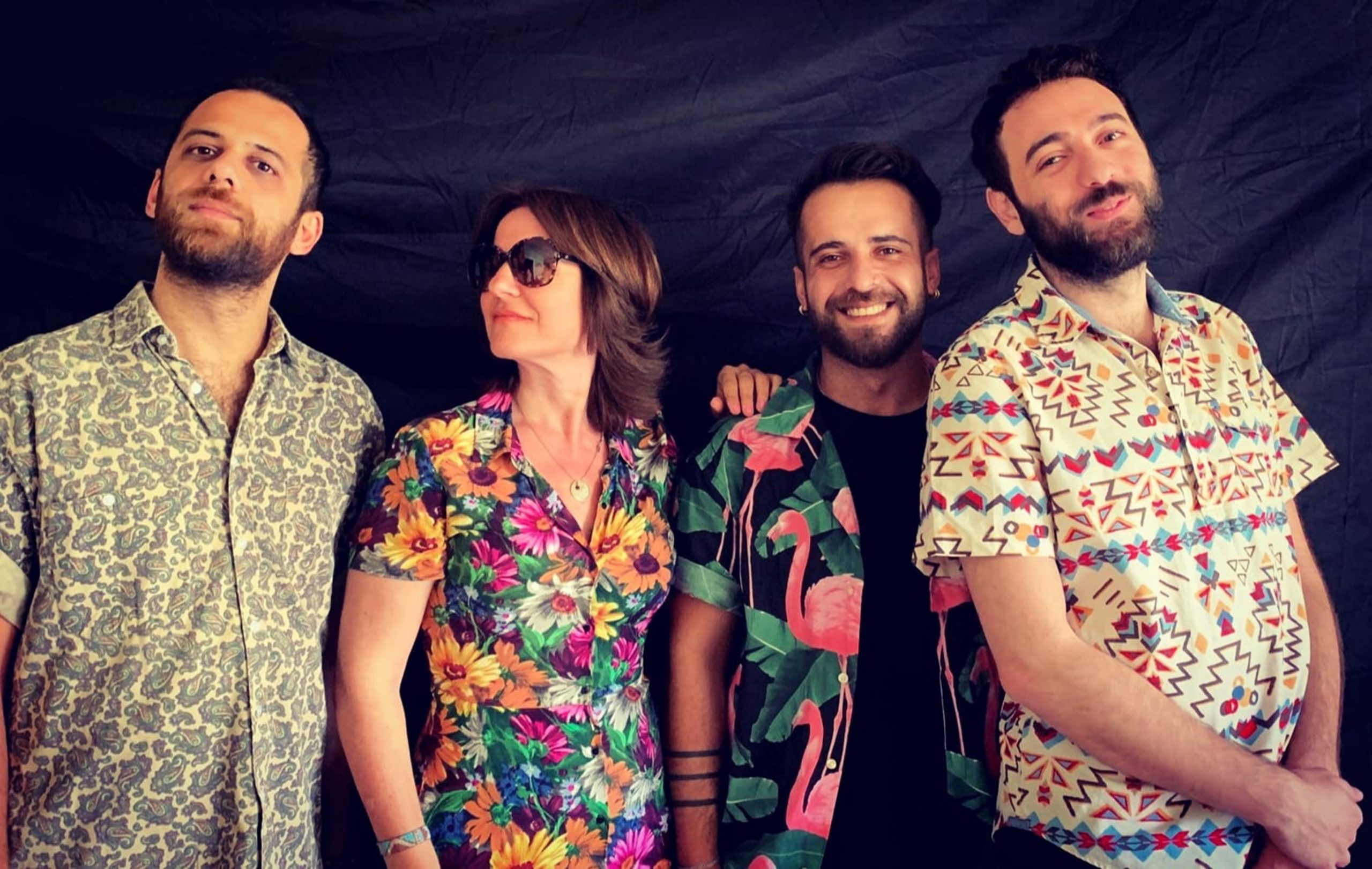 Sometimes we close our eyes to everything that surrounds us, maybe unintentionally and maybe because we’re afraid to open them. The indie Folk/Rock band, Sandmoon, has recently released “Wake Up,” a song to make us start seeing things more clearly from a deeper perspective.

The Lebanon-based quartet are Sandra Arslanian (on vocals, keys, ukulele, and rhythm guitar), Sam Wehbi (on lead guitar), Georgy Flouty (on bass/soundscapes), and Dani Shukri (on drums). They obviously have a middle eastern influence combined with their Folk and Rock fusion, along with some electro splashes.

They released their latest single, “Wake Up,” on the 24th of June, which is the first song from their upcoming album, “While We Watch the Horizon Sink,” which is due out by the end of the year. And the song serves as an excellent prelude to what is to come.

The song begins with optimistic, dreamy tunes flowing smoothly from the synth and guitar. When one hears Arslanian’s hunting vocals, it’s as if their eyes are opening and they’re floating in the truth they were unaware of. The lyrics give us red lights to stop dealing with everything on the surface, including ourselves, and instead dig deep and reach the essence of everything. And the golden advice that, once it’s applied, the lights will turn green is:

It’s all in the mind.

The band leader Arslanian stated about the song: “The song was written during one of the COVID-lockdowns and after months of protests in Beirut. Wake Up reflects the intensity and the transformative power of everything the people in Beirut and in Lebanon have lived through in the past two years.”

Sandmoon conveyed the message effectively with their sophisticated lyrics, airy vocals, and mesmerizing sonic escapism, leaving us eager to hear the rest of the album.