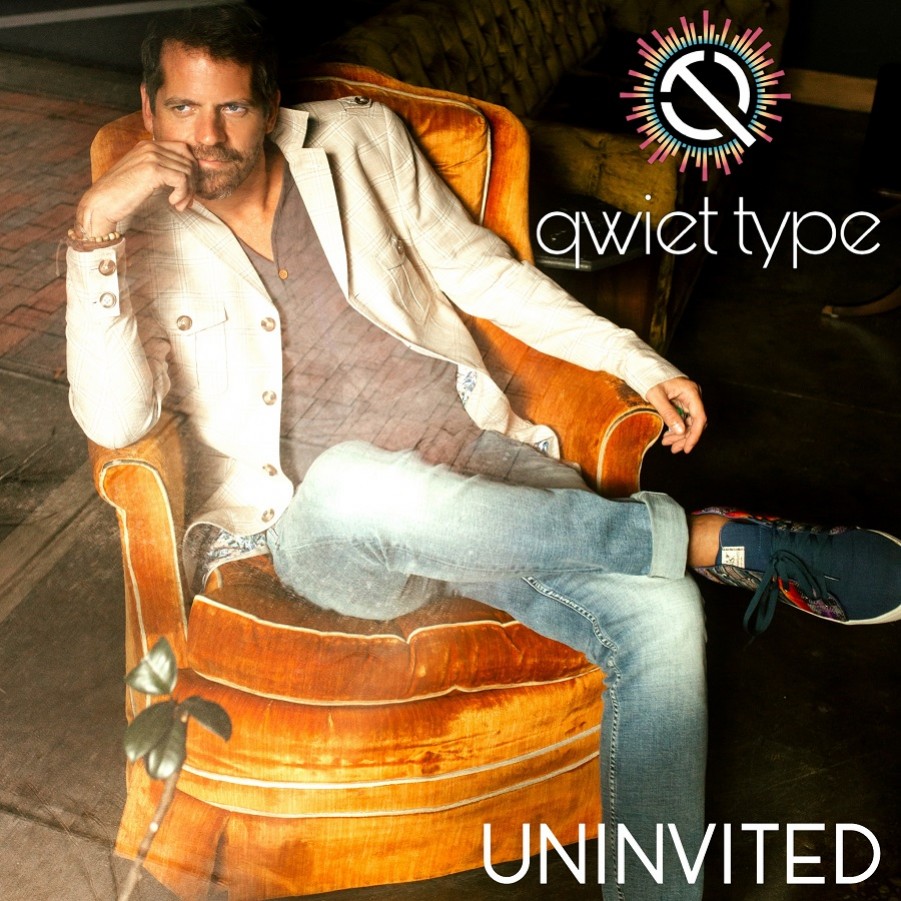 In his “Uninvited” EP, Matthew Powell, better known by his stage name “Qwiet Type,” introduces us to energetic, catchy music. Working with producer Taylor Franklyn to create modern, dynamic alternative rock sounds with today’s pop vibes. Matt’s vocals reminded me a touch of Adam Levine’s, perhaps because of their similar energy, yet he has a distinct, and vibrant voice.

The EP is called after the opening track, “Uninvited.” It’s got some killer electronic beats. You’ll feel like you’re at a terrific party with the groovy guitar and energetic drumming! The vocals are glowing in sync with the upbeat melodies and celebratory lyrics! Pity the one who is uninvited.

“Big Top” is all about uplifting vocals, optimistic lyrics, an energetic tempo, a terrific simple guitar riff, and funk tones. The instruments are delightfully rhythmic to make you feel as though you’re dancing on top of the world.

If you’ve ever wondered what a well-crafted electropop single may sound like, “I’m Taken Aback” is the answer. The liveliest electronic instruments are playing, along with a quick tempo, and captivating vocals with a chorus, adding to the adrenaline rush. Even the part where the slowing down of the tempo gives you a chill! And to top it off, the single is finished with a short, explosive finale.

Closing up with “Taking On Water,” with electro guitar chords and upbeat drum beats, followed by vocals that show who’s boss! This single has a rock & roll spirit to it, as well as some jazzy vibes. It’s the kind of song that has you jamming along even if it’s your first time hearing it.

Releasing the music that’s in his head on to his recordings, mixing the types of music he loves, to produce a one-of-a-kind work! It’s “QWIET TYPE” that you’re with pleasure “invited” to listen to his EP below.

Mixing his favorite musical genres and releasing the music in his head onto his recordings to create a one-of-a-kind piece! It’s “QWIET TYPE,” and you’re graciously “invited” to listen to his EP below.