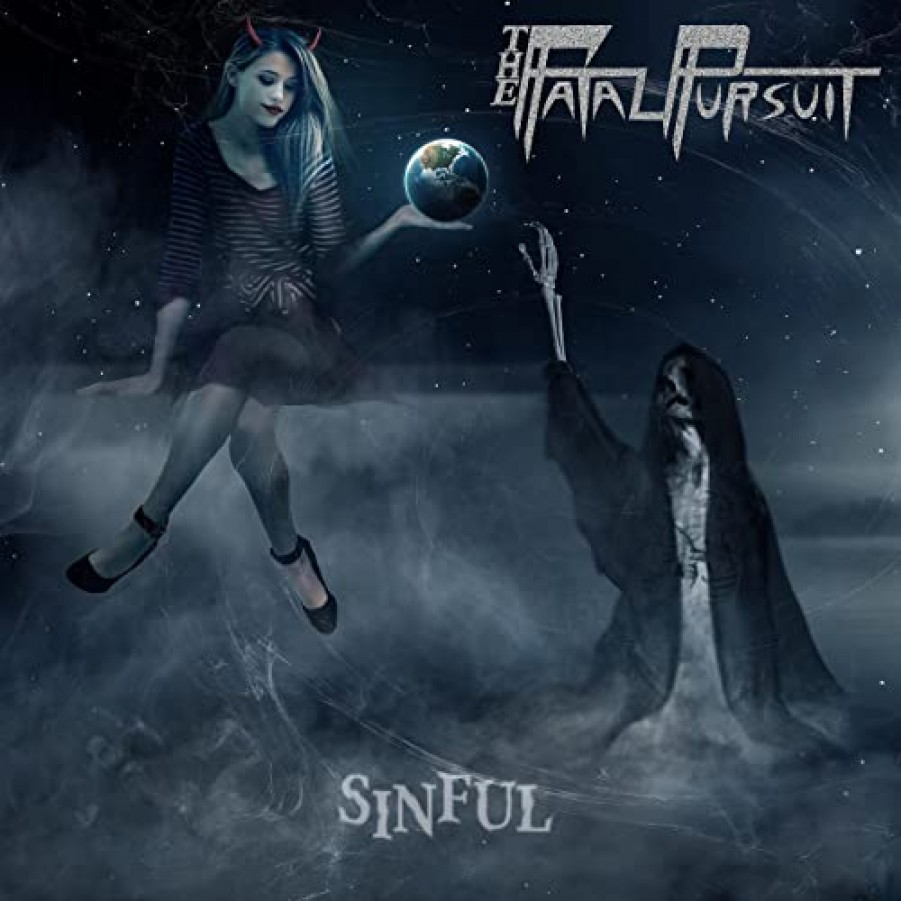 My expectations were as low as listening to a modern cliché hard/rock metal album as what’s widely common these days. However, At I was pretty surprised with the composition, arrangement and band harmony. ‘Infinitely’ is the first track of the album, which is performed with melodic riffs, nicely harmonized vocals, and catchy backing vocal lines. Well, I didn’t like the idea of soloing through the main verses of the song, but it’s a matter of variable taste, I cannot deny that I liked the ending solo, unique, melodic and to the point. I usually get fastly attached to songs that starts with drumbeats, which what happened in ‘In Time’ specially when it’s catchy as played by Chase Hamilton. Actually, I like Dylan Lock vocalizing style so much. As it gives me the sense of old school with modern back vocalizing techniques. I should mention that the Shayne Dunbar soloing was marvelous and I liked it more in this song which based on harmonic scales with a nice shredding style. Sometimes when you listen to an album you like it in general, but there are some tracks you are just okay with it, this is what I found in ‘Cold Steel Tracks’. It’s a good song, but not one of my favorites within the album.

‘Drown the Heart’ was actually the band’s debut single release for the album which was released 3 months ago, and I noticed it’s the most beloved one by fans, and it should be really. The song is just “WOW!” Catchy melodic intro of 40 seconds that attracts you naturally to listen to the rest of the song. ‘Drown the Heart’ proves the band’s influence which I mentioned earlier. They were very keen to provide harmonious riffs to attract their fans, and they did it marvelously. It’s a great idea to change the mood of the song with an acoustic bridge riff, with a smooth soloing over leading to a strong powerful solo for the song outro. Really, well done guys!

Even though ‘Lock to the Sky’ isn’t one of my favorites in this album, but I cannot deny that I’m very attached to the main riff of the song. The band tried to change the vocal style which appeared in Overflow and I see that Dylan executed it nicely, also Chase Hamilton made real nice drum-lines in this song.

Well, if you are into hard rock/heavy metal, don’t miss such a nice album by The Fatal Pursuit and I’d rate it 8 out of 10.