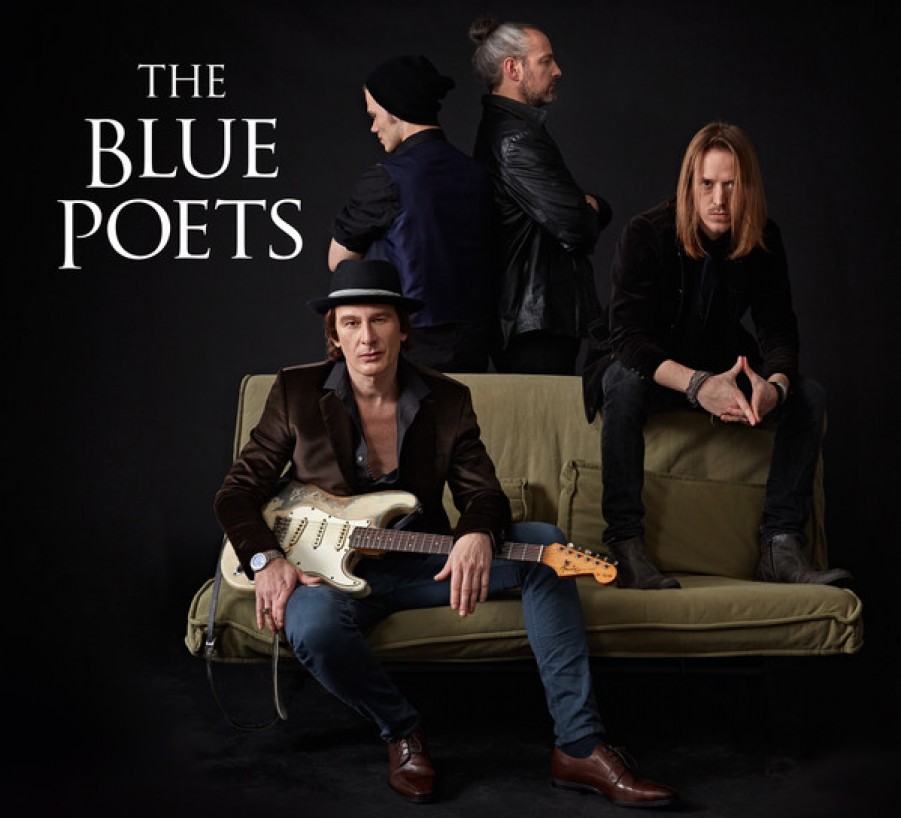 Germany, bringing us good music with different genre since the 1960s: Scorpions, Avantasia, Blind Guardian, Rammstein and more, bringing us this Blues Rock band, The Blue Poets. Frankly, the name is a bit cliché boys, come on; you could’ve thought of something better.

A bit predictable, but hence that’s said, let’s go on and talk about the music.

Led by their guitarist, Marcus Deml who is also the songwriter and producer, The Blue Poets delivers their self-titled album containing 10 tracks + one cover which is just pure Rock N’ Roll/ Blues.

The first 3 tracks are fast-paced tracks that you feel the need of feet tapping and swaying your head with the music. Even the third track ‘Sad Sad Sad’ is not sad at all. Nothing sad about it.

If you read the lyrics alone it might make you feel gloomy, but with the fast drum beats and the cheerful riffs, you’d be pretty elated you left your ex 😀

‘Alien Angel’ brings the hype down and sends us back in time to some old blues from New Orleans with their nice fashion, sounds really good with some coffee and a cigarette in the morning.

‘Sunshine of your Love’ comes up next, and that’s the cover we mentioned earlier. And if you don’t know the track or the original artist Cream, go do some homework. I personally love this version; they added a lot of hard rock elements and the bass is exceptionally good. Of course there’s an interesting solo towards the end, but that’s not what makes this cover super, it only adds to it.

And we’re back to overjoyed music. I like how the names contradicts what the track is about, like ‘Won’t you Suffer’ and it’s still as joyful. This just makes you to want to listen more and know what the have to offer next.

‘With your Eyes’ is a bittersweet track, and kind of sad – no, actually sad – comparing to the rest of the album. I don’t think they would’ve had a better ending to the album. Simply to put it, it’s too sweet.

Well, the guys are hands down, great musicians, excellent vocals and fantastic solo and lyrics written by Marcus Deml. A solid 9/10.