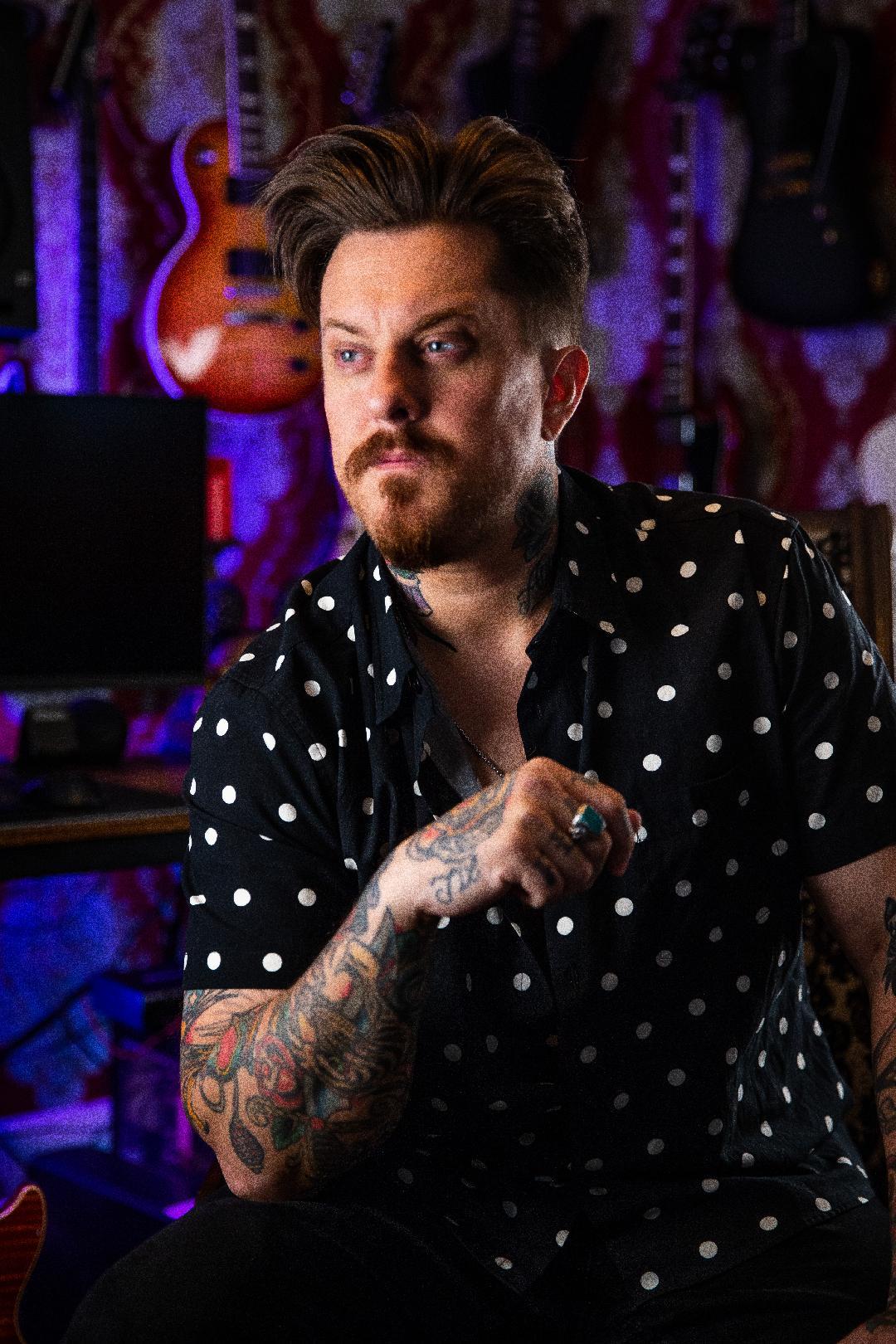 When a band leader or “creative director” has different ideas than those presented by their band, that usually leads to drama. But when devoted and highly creative rockers like Mr. David Lioncourt face such a situation, they go solo and present these new ideas in a different spectacle instead. The Central Valley, California-based singer-songwriter and multi-instrumentalist had recently landed a new record deal with RFL records.  With this new deal, he is now debuting his first single: “The American Scream” as a separate venture from his band with whom he shares his last name “Lioncourt”. Said band is frequently dubbed “gothic hard-rock”  or “dark rock” by the press, which are adequate descriptions for the victorian/gothic aesthetic and innuendos Mr. Lioncourt incorporated into the band. On the other hand, this new solo single is a different type of “scream” than the band. There are similarities in the tone of the guitars and bass, but the overall vibes of the song are more inclined towards alternative metal and 80s hard rock. We have yet to see if the infamous “Shock-Rock” appearance will be present in the music videos and concerts of Mr. Lioncourt, but so far the quality of the music testifies to his talent and uniqueness on their own. I love how the thumpy bass gave the song an extra sense of being heavier than it already is, and to top it off the vocals were more high-pitched and brighter when compared to the band’s work. This is where the line is drawn and you can begin to feel that it’s not just another Lioncourt song under a different name, but rather a completely different project. With a chorus that’s simple and catchy without being generic, and a brief guitar solo you’ll feel like you’ve time traveled to the mid-2000s Alternative rock/metal era. But the song structure and vocal style are highly reminiscent of 80s hard rock and hair metal, making it stand out from today’s vast number of rock artists. The way the lyrics phrase David’s anger at politics and the pandemic matches very well with the roaring guitars and ferocious drumming beneath. I think I’ll be giving this song as many spins as I can until the full solo album from David Lioncourt gets released (hopefully sometime in 2023 as promised).