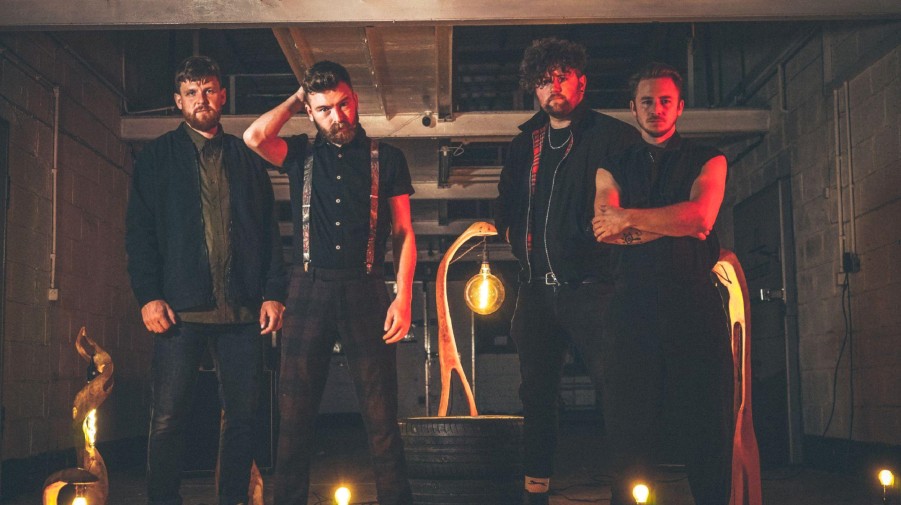 Formed in Canterbury in 2015, the quartet released their debut EP ‘Modern Age’ in April 2016, which was followed by their debut album in November 2019 which was released via Standby Records. The Alchemy then took the live industry by storm, securing support slots with the likes of Mallory Knox, I Am Giant and The Intersphere along with several UK tours alongside other exciting up and coming artists.

Now in 2021, The Alchemy release their brand new single ‘Dream a Little Bigger’ (Nov 3, 2021).
Throughout the covid-19 lockdown, the band built their own recording studio from the ground up, and wrote, recorded and produced their next cycle of releases. ‘Dream a Little Bigger’ also comes with a self-directed music video. It comes as the first single from The Alchemy’s new album, due for release in 2022
(more details TBA).

“This song was written at a point of lockdown when everything was in limbo and for so long I felt like I had lost my identity. All direction was gone. ‘Dream a Little Bigger’ was my way of reconnecting with myself and the world around me. It reminded me of who I am.”
– Rhys Taylor (Vocalist, The Alchemy)

It would be greatly appreciated if you could check out the band and their new single, and if you are interested in working with us in any way, be it a review, interview, premiere, feature or anything else then please get in touch.

Tour with All Ears Avow

Tour with The Hideaways