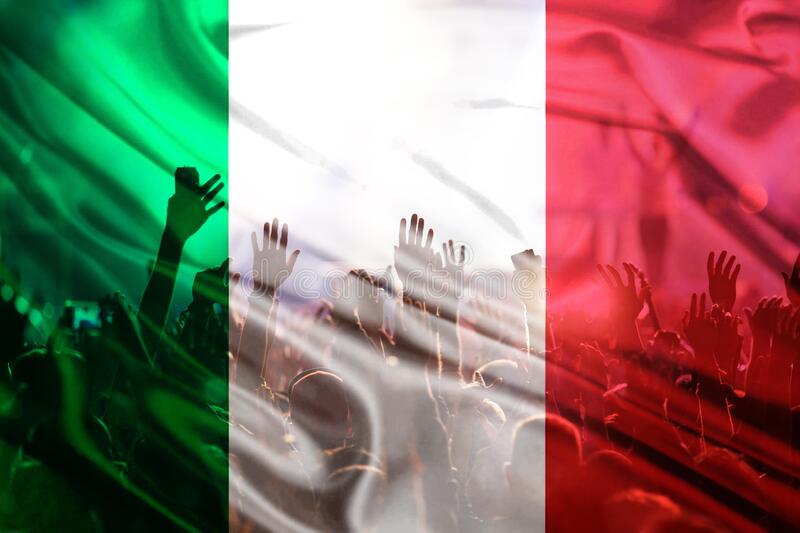 Italy. The lovely country! It is so hard to believe what Italy faces now. The Italians have been a part of our lives, history, and music. No Rock/Metal musician hasn’t an Italian friend in his life. This listing is a support to the Italian Metal scene. Through this list, you will come across 10 impressive Italian Metal releases.

(Echo) – Below the Cover of Clouds

Popular Doom/Death Metal band (Echo) released a new album in September 2019. The album entitled “Below the Cover of Clouds.” The album consisted of 7 tracks. (Echo)’s distinctive music is a cool companion for you to beat loneliness and adapt to the atmosphere.

Blaze of Sorrow is an outstanding Atmospheric/Folk Black Metal band in Italy.  Released in 2012, “Echi” is a wonderful album for you, especially in times of need.

A tuneful progressive Metal/Rock melodies scripted in attractive vocals; this is the best description for Amaze Knight album “The Key”. The album was released in 2013.

Wicked Asylum – “Out of the Mist”

Wicked Asylum is a powerful all women Heavy Metal band. The band’s sound reflects the dignity and strength of the granddaughter of the Romans. Fortunately, the band released a new album a few weeks ago, you can give it a listen now and tell us what do you think?

“Byzantine Horizons” is an example for the Italian musical beauty and charming mood. The album was released last year, you won’t regret listening to this beautiful Melodic Death/Gothic release.

Rome in Monochrome – “Away from Light”

Melancholic taste of sorrow driven from the bitterness of human’s inner pain, this status is portrayed in impressive Postrock music and outstanding Doom Metal mood. Released in 2013, Rome in Monochrome succeded in delivering those feelings through “Away from Light.”

Regarded as one of the most unique Italian Metal releases of 2019, Ars Onirica deeply expressed the feelings of tragedy, coldness, and despair in unforgettable rhythms.

Red Masquerade is one of the successful Italian Metal bands. The band introduces catchy Symphonic Metal music. To beat this sense of despair, listen to the band’s “The Seventh Room” that was released in 2018.

Tethra – “Empire of the Void”

When you mention the Italian Metal scene, you should mention Tethra! An impressive Italian Metal band who created a combination of the bittersweet Doom taste to the enraged mood of Death Metal. From the heart of tragedy, Tethra managed to release the band’s new album “Empire of the Void” yesterday.

I preferred to end this list with an Egyptian/Italian collaboration project Hateful Desolation. Founded by Lord Mist from Frostagrath and Gray Ravenmoon, both musicians united to compose an unforgettable Depressive/Atmospheric Black Metal masterpiece entitled “Withering in Dust” in 2014. Make sure to listen to “Your Memory Will Never Fade.”

Finally, we pray for Italy and the whole world to pass this critical period safely. From Egypt with love. Have a graceful time with your family and beloved. Happy Mother’s Day and Happy World Poetry Day.