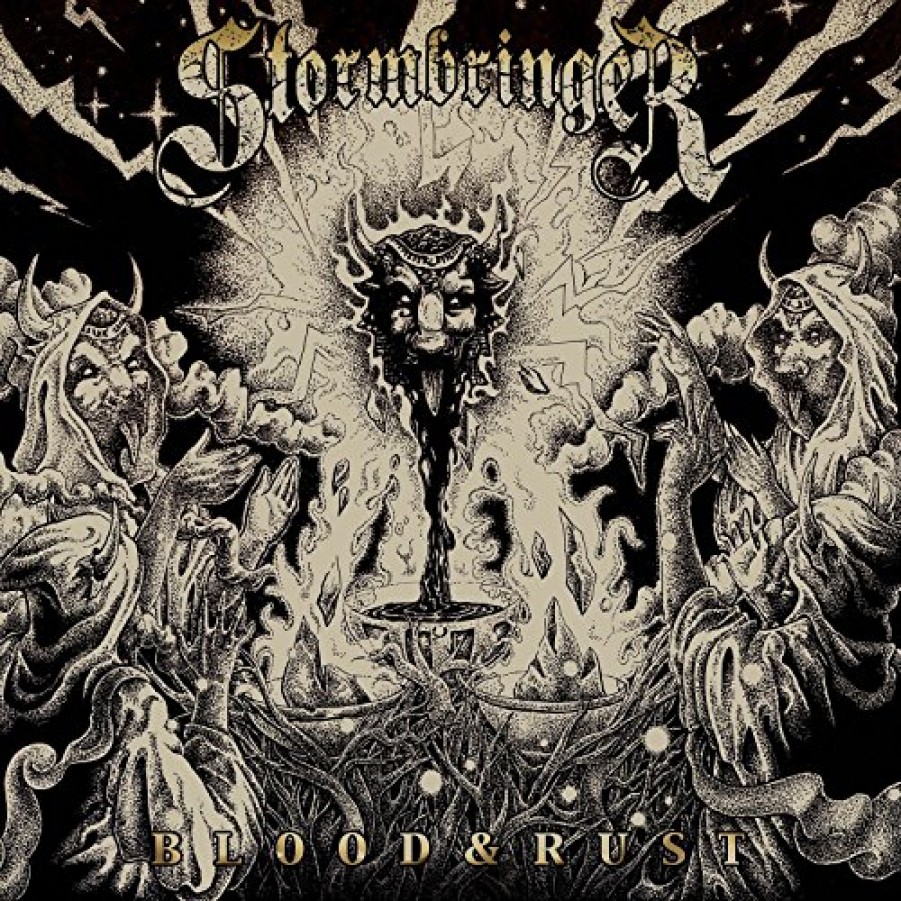 Coming from different band backgrounds: Deadeye, Nekkrosis and Viking Skull, the guys of Stormbringer were united by their passion for making music and wasted no time with rehearsals by heading straight to recording studios and bringing their songs to life.

Each band has their mission statement to live by, for them it’s “To rock as hard as we can, wherever we can and have a good time doing it”.

The album starts off with an atmospheric instrumental track ‘Blood & Rust’, that continues as an opening to the guitar-ripping second track ‘No Redemption’. To tone down all the energy, ‘Unto Me’, ‘No Return’ and ‘Off the Edge’ have a bit of a calmer, yet still upbeat rhythm than their fellow album tracks; meanwhile‘Bad Blood’ – no, not the Taylor Swfit one -gave me more of a classic 80s rock kind of impression. Jimi’s vocal talents has this classic /modern rock mix tone, that reminds me of Hoobstank’s Douglas Robb meets The Rasmus’ Lauri Ylonen, which brings back some high-school memories for me.

Stormbringer are surely all about “having a good time” and their music proves it.