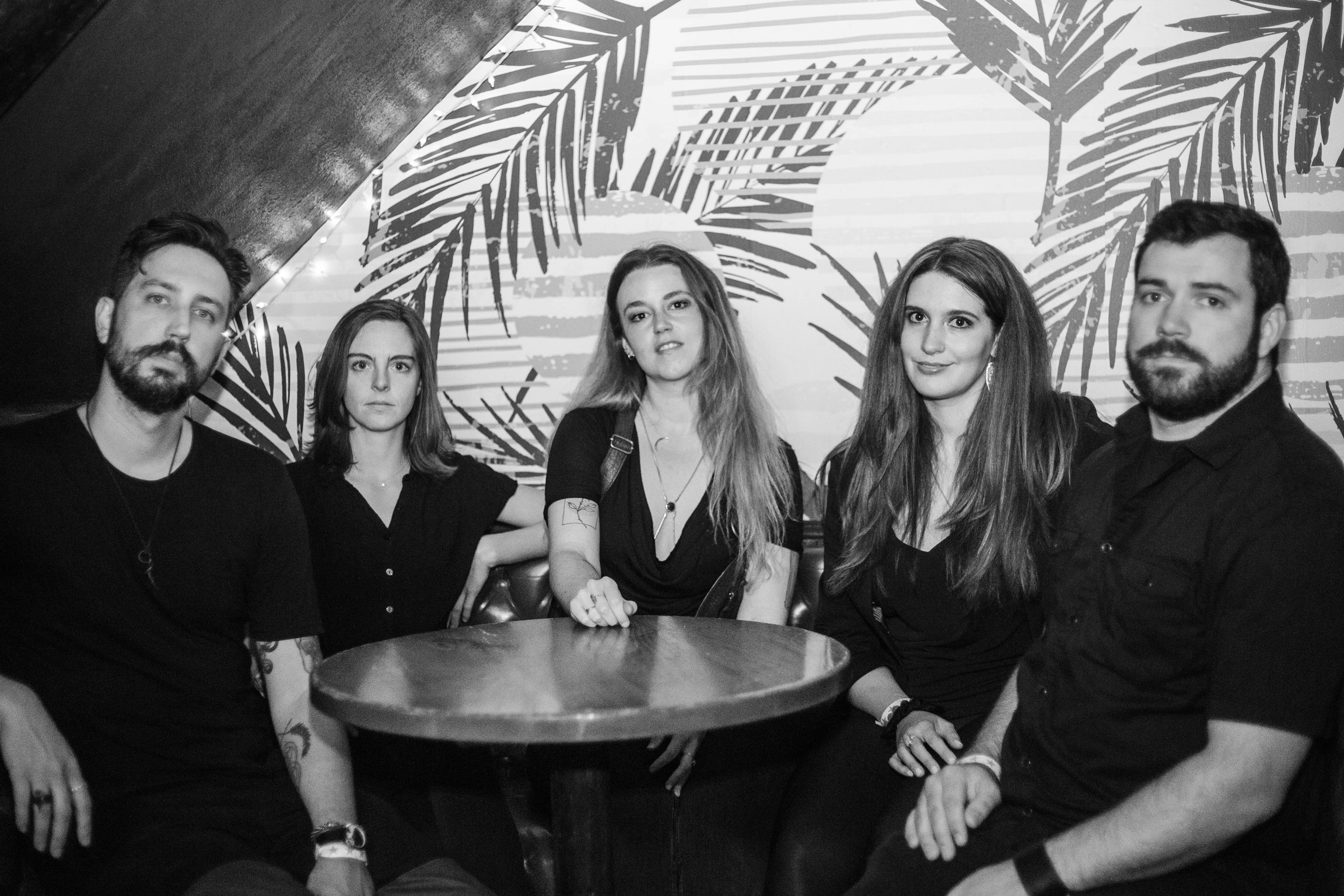 Sometimes, it takes a string quartet to make -or to break- your album.

49 Burning Condors are Philadelphia’s Goth Rock elites. Inspired by greats such as Tom Waits and Johnny Cash, their sound is melancholic and their storytelling is the focus, and with motivation from the magical soundscapes of Karen Elson, and the gritty earthiness of Chelsea Wolfe, their soundscapes also take a distinct shape of their own. Dark, swampy, mythical, and beckoning. They refer to it as Witch Rock, which is accurate.

Seventh Hymnal has seen its start during the Covid-19 pandemic panic, and with the disease’s danger always lurking near back then, threatening all our homes, ourselves, and all our loved ones, this sense of pervasive dread remains throughout the songs, seeping into the melancholic, wailing strings, the ritualistic, tribal drum lines, and into Kimber Dulin’s heartfelt lyricisms, and her charismatic presence.

Bayou starts things off. Swampy guitars, brooding drums, and haunting megaphone-sung words about pretty bodies flowing. Where to? We can only guess, and our guess is not reassuring. The violin part that knits the end of Bayou to the beginning of the next song over, Little Death, is a spot of wonder. Contemplative, short, and sweet, feels like it tells its own story, before it hands us, swiftly, the woeful elegance of Little Death. Little Death is a harmonically simple song that recalls a poetic lyrical part on top of mere two chords and howling strings that carry this song way deeper into the swamp as it progresses. The breaking of Dulin’s voice carries a lot of emotions and lends the song a greater depth than that achieved by the lyrics alone, which was already deep enough. Willow Tree’s riffs lurk in the shadows, they appear every now and then as tame, delicate fingerpicked lines, but as soon as the drums and the strings kick in, those tame lines turn into wild beings, haunting and dangerous. The empowering words put on an altogether different gown when paired with the triumphant music, giving them a sharp edge that’s mystifying. Red Drum Skin is an outpour of Southern Rock, with conventional rock drums that rise and fall tastefully in dynamics, and riffs that stick to the vocal line like a beanstalk. The witchy mysticism is augmented by herbal lyricisms, full of imagery of nature, drowning men, and authoritative, healing women. A centerpiece with no hint of doubt.

Noonday is very dark. Lyrics about devils seeping into the singer, nightmares, and twisted imagery of different pains are only engorged by Kimber’s agonized vocal delivery. There’s a light at the end of the tunnel though, which turns out to be just as bad as a freight train coming your way. A twisted delight. Whenever I hear songs about murders, Nick Cave immediately jumps to mind. Chapel Hill is when I started to realize how much this album, all its themes and lyrics, and even timbres and sonic choices would mold quite fittingly into Nick Cave’s ‘Do You Love Me’ era. I can’t tell if that’s a compliment or a mere statement, but Chapel Hill is a gorgeously sprawling tale of murder and ghost children whispers  that will leave your hair standing on end. Seventh Hymnal is a striking closer. Led by a soft piano and dazzlingly beautiful words. Even the violins, while they still wail, the wailing is from a place of hope and redemption, not despair. Sung from the perspective of a burnt tree, the lyrics are some of the more original and thought provoking that I’ve heard for a while, and the coda is a triumphant emotional peak fitting for such a delicately stormy collection of songs.

49 Burning Condors have achieved something beautiful with the Seventh Hymnal. Capturing the harrowing nature and dread-filled atmospheres of the pandemic with a collection of sounds that never refers to it in any way, instead telling stories of angry nature, greedy powerful men, and strong healing women. An album that empowers organically, truthfully, and directly without a hint of excess or fabrication.