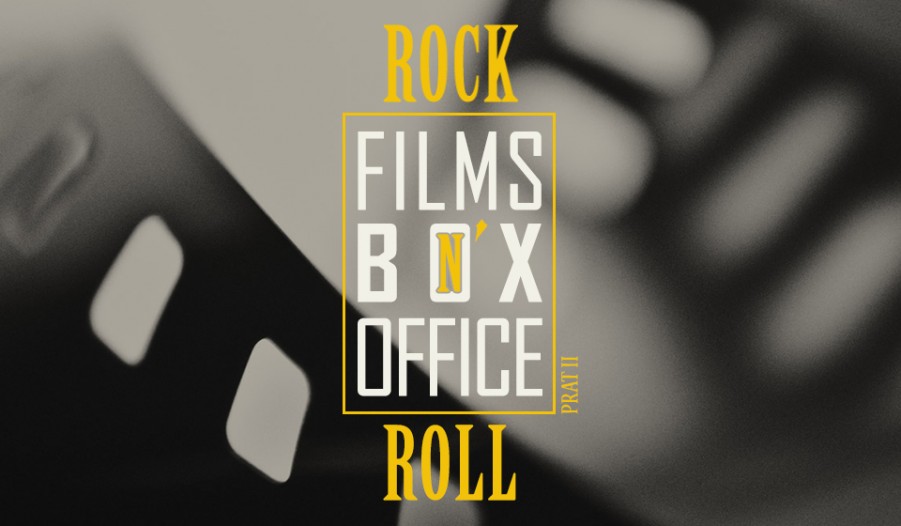 Yes, we know it’s not about a rock band but isn’t it a good movie? The story is very unique as the mother – which is a classical musician – is searching for her child – who is a very gifted musician – while his father – a rock musician – is searching for his mom. At the end, the parents met in their own child’s concert, where the mum was the opening act for her child’s concert. Isn’t this inspiring?
Away from the mixed critical reviews, the film achieved $65,278,569 in the box office succeeding their budget which was $25 million.

One of the most famous musicals ever that was actually based on the 1988 movie of the same name. It stars the unexpected role of the Hollywood star John Travolta and the leading role for Nikki Blonsky – after auditioning over eleven hundred candidates! The movie was on a budget of $75 million, however, gained worldwide gross $202,548,575. The movie is a musical insanity, if you haven’t seen it, go watch it now!

It’s not only about the money! This is what I learned through the film and which what the filmmakers Martina Niland – the producer – and John Carney – the director – proved. The film starred the Irish folk rock musician Glen Hansard and the Czech singer Markéta Irglová. A budget of $150,000 made a profit of $20,710,513.

John Cusack is one of the talented, but underrated actors in Hollywood. The movie was based on Nick Honrby’s novel of the same name, where Hornby was happy about Cusack’s performance and said “It appears that John Cusack has been reading my books.” The movie contains a wide range of music performed by artists from mid 70s and up. It received positive reviews from different movie critiques. However, only gained a little above $47 million on a budget that was $30 million, not a hit success, sadly.

5. The Phantom of the Opera – 2004
You have either seen this movie, read the book, or have seen the musical – if you were lucky enough. The classical novel by the French novelist Gaston Leroux was adapted to – literally – hundreds of movies and television movies. The 2004 is one of the – if not the only – that stood out. It stars the amazingly talented Gerard Butler, not only talented if you know what I mean, right ladies? And he was praised upon his acting and mastering of this role. The movie was financially successful since it gained $154,648,887 over a budget of $70 million.

Does the names Joan Jett, Lita Ford and Cherie Currie reminds you of anything? Yes, the lovely awesome 70s all-girl-rock band, The Runaways. It was actually based on a book that was written by Cherie Currie herself, did you know that? This film tells the story about the band beginning, and the relationship between the girls, especially Currie and Jett. The film budget was a 10 million dollar but gained less than 5 in the box office. I mean, Jett was portrayed by Kristen Stewart… I’m gonna leave this here.

It was renamed to thousands of names all around Europe. “Pirate Radio”, “Good morning, England” and “I love Radio Rock” are some of the names that were given to the movie. The movie literally talks about an illegal radio station in the 1960s. It received mixed reviews all towards the story that took over 2 hours in the movie. It also didn’t gross that much since it only gained a little over $36 millions over a $50 million budget.

Is a musical romantic comedy film based on the songs of the Swedish pop rock group ABBA. The film passed all expectations with a worldwide gross $609,841,637 for a budget that was only $52 million. And come on, it’s a Meryl Streep movie, I don’t need to start explaining why it did well.

A witty, light movie about a talent, Aaron Green – portrayed by Jonah Hill – who’s trying to convince the rock singer Aldous Snow – portrayed by Russell Brand – to play at the Greek Theatre, where he had his legendary performance back in 1999. The movie started with a budget of $40 millions and grossed over $91.3 millions. Have you seen our review? Check it out here.

A story about a group friends in the 1960s trying to form a rock band and walk The Beatles and The Rolling Stone’s line . There’s a lot of struggles, heartbreaks, pain and future thinking in the movie. It’ has a lot of nice lines, and ideologies, however, it was a financial failure since it only gained $610,792 over a $20 million budget.

Have you guys seen any of the movies from the list? Do you have some more to add? Why don’t you let us know in the comment section below?

– If you have missed RNR Films Box Office! – Part One, you can find it through here.