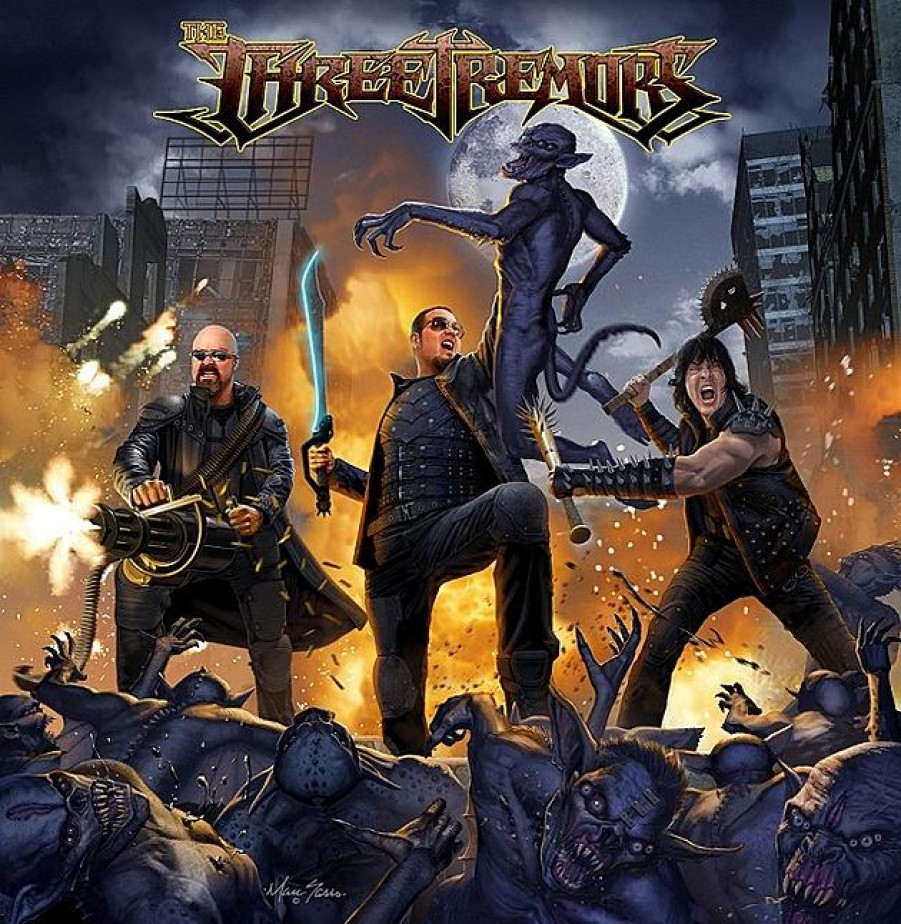 When a band releases a self titled album, that genuinely means that the album is a highly skilled record on many bases. And that is exactly what is happening out here. The Three Tremors from San Diego, California release their new self titled album.

To play such record with no expectations of the tremendous vocal ability the band has, you’ll probably be shocked! There is a huge vocal strength on the record Having Tim “Ripper” Owens added so much to the record. We witness a brand new piece of Judas Priest’s sort of albums along with Sean “The Hell Destroyer” Pick and Harry “The Tyrant” Conklin, Those three form a huge vocal storm all along the twelve track record.

The Three Tremors are David Garcia, Casey Trask, Alex Pickard and Sean Elg, a group of highly skilled metal veterans from San Diego, California.
Having a vocal astonishing record doesn’t mean that we have to ignore the beauty of the music. The record has a unique fusion of the old school heavy metal and the modern school and tunes of these current days. Having retro themed vocals make the tracks seem old school while if you bring some of the present vocalists it would also be compatible with them. That’s why there is a very unique fusion as today’s listeners would be amused cause they are familiar with the music. On the other hand the old fashion listeners wouldn’t have a big deal as the vocals are so familiar to them too; it’s kind of a multi-aged record.

Having three vocalists on the record boosts the sound of the album and the vocal powers of it, but on the other hand it is somehow confusing! It’s like having more than one star in a single football team and each one of them is trying to emerge as the main star.
The “three microphones” is powerful and strong but at the same moment it’s controversial.

Lyrically the album discusses the state of Earth being invaded by aliens; and forming a new war between human beings and aliens is the new world war. Some tracks were discussing ancient wars as the WWII as in “Fly or Die”; but the morale of the tracks discuss the invasion of the earth and how The Three Tremors are the saviors with their strong three microphones.
The album is rated at 7.7/10