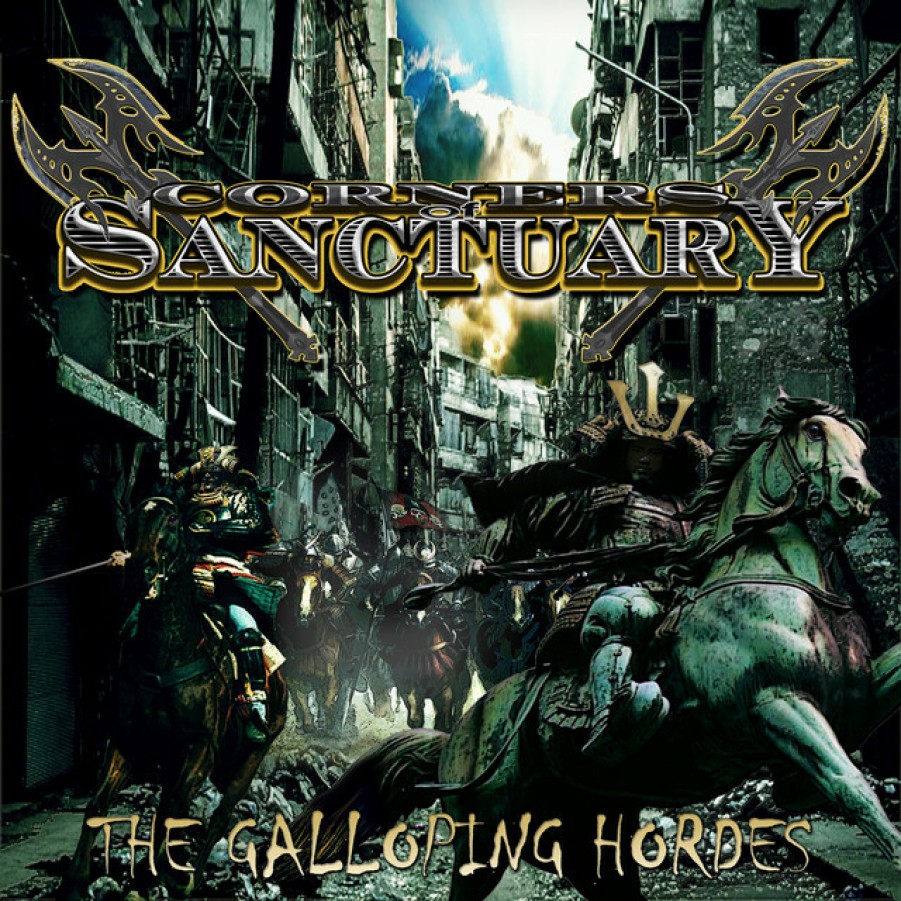 Corners of Sanctuary includes high-quality musicians and they are; Frankie Cross (vocals), Mick Michaels (guitar), James Pera (bass), and Mad T (drums). They prefer to call their style as New Wave of Traditional American Heavy Metal (NWoTAHM) which is a sound that reminds you of many iconic acts like Judas Priest, Dio, Black Sabbath with some impressive progressive influences like Savatage. The album title-song is a great start indeed, especially the guitar (Mick Michaels), I am in love with the leadlines and hard melodic rhythmic riffs and that what you will find out in next tracks as well.

While checking the album I noticed the great similarity of some old school bands – which any old school metalhead will be thirsty for these days – with a track like “Hail, Hail” reminds me of the legendary Manowar for sure but with a nice modern delivery, which is a very smart move of the band to not copy but illustrate, create and invent. I should mention The bass (James Pera) and drums (Mad T) great harmony and tightness as well, which is just marvellous, and I love that their sound is so clear in this record, which many bands nowadays don’t do that – based on lack of experience, I guess – but with such minor stuff the band members showed their dedication and recording professionality. Well, have you listened to an amazing, talented, clean/high-pitch voice recently? If not then I highly recommend you check this album and don’t miss such a voice like Frankie has.

Actually, I wasn’t surprised really when I knew Rockwired Magazine chose the album as its “Best Band” and “Album of the Year” awards following the publication’s Annual Readers’ Poll at the beginning of this month. Frankly, all the album elements (music, songwriting, atmosphere, mixing and mastering) are brilliant and I don’t have negative feedback really! For sure, Corners of Sanctuary are added to my music library already. To get your copy, get it through iTunes, Amazon or Spotify.

The band announced for great plans in March and April. They will be appearing with singer Janet Gardner, formerly of Vixen in late March, with former Iron Maiden frontman Blaze Bayley in April, and will also be performing at the Finger Lakes Metal Fest in New York in May. The band is already making plans to head out on another West Coast tour in September; this time making their rounds at the legendary Whiskey A Go-Go to support the Iron Maidens among other dates. Check tour dates through here.