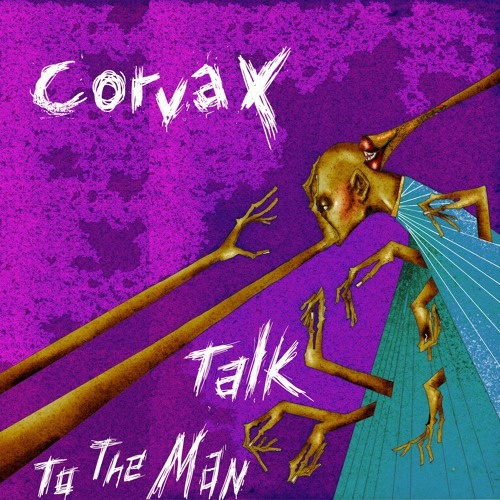 If you are a fan of Experimental/Dark stuff, you need to listen to Corvax. Corvax is a Gothic/Dark/Experimental band from the UK. The band brings back the industrial sound of the 90s into modern a form and it is influenced by bands like Nine Inch Nails, Massive Attack, and Mike Patton. Corvax released a new single entitled “”Talk to the Man”” on July 4.

As it is mentioned above the band depends on introducing a modern and experimental form of the 90s Industrial sound so the depressive/ambient pitch has the upper hand in the track. The track starts with a broken depressed voice with a low pitch, it is close to narrating something. The vocals are backed with impressive electro/industrial vibes. The mood rapidly changed to a more harsh/aggressive style with screams, hard blasting Drums beats, and heavy electro/ambient sounds.

Actually, the combination of the horrified Gothic style with ambient/industrial sound creates a deep and expressive style especially enhancing the estrangement of industrial touches with impressive dark elements.