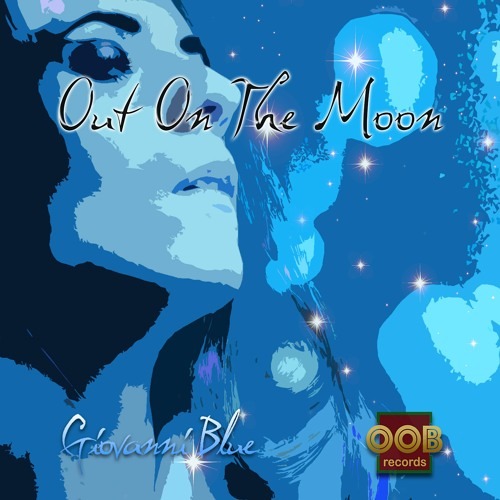 Since his early age, he started playing guitar and piano at age of 16, once he found his exceptional musical talent he dabbled with any instrument he could get his hands on including the saxophone, flute, and cello.  Although, that we know sometimes life takes us on a different path, Geel return at the age of 4 to the studio as a composer the Precious Time Project and collaborated with his friends: John Havermans (keys), Reno de Bruin(drums), and Henk Bol (bass and guitar), they recorded two albums, ‘If The Gods Knew ’ and ‘Precious Time’. In 2018, he decided to start his solo project and released and released his debut stunning album ‘Time Will Tell‘ and here we go again in cooperation with OOB Records released his second epic record, Moments. Back to our focus track, ‘Out On The Moon’, it was the latest track to join the album’s tracklist, as the idea of it was just a melody that was stuck in his head. The track takes a mellow concept implemented perfectly and the choice of NINA gave the track a perfect image. Although, the music is pretty simple and easy to ears, it one of those tracks that stick in your ears easily. Frankly, I was curious to listen to the rest of the album, and I noticed a great one called ‘The Night Is Mine‘ which was created on Middle Eastern elements, I recommend checking it out after listening to the epic soulful track ‘Out on the Moon.’ Also, the song topic is very touchy indeed, and speaking of the inspiration behind the lyrics, NINA (lyricist) says – “I was inspired by a poem my mum wrote as she dismayed over the poor connection of our family zoom meet-ups. A lacking replacement of the real thing, where loved ones are turned into stuttering, images that break up and freeze on a screen. Pixelated into squares and where conversion is out of sync and leaves one more frustrated and feeling more alone than you were before.”