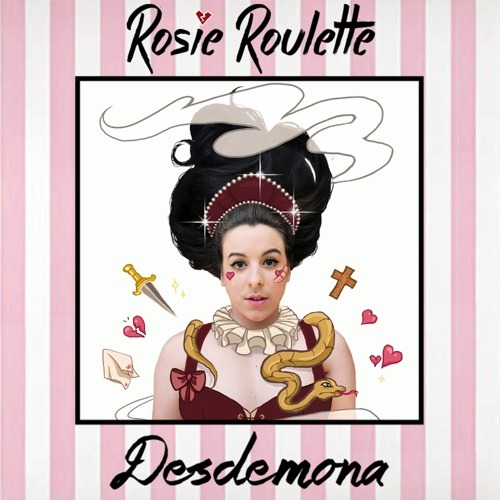 If you are Evanescence fan with its Dark/Gothic Rock mood, you will like Roulette’s “Desdemona.” The track follows the rhythmic dynamic style, full of power to catch the attention of the listener. There is an impressive fusion of orchestral sounds and keys which creates an outstanding Gothic mood. This atmosphere is very suitable for re-narrating Desdemona’s story that revolves around innocent Desdemona who was killed by her husband due to his envy! He mistakenly thought that she betrayed him, so he killed her! Shortly, he discovered that Desdemona was innocent. So, you can taste the sense of evil in the music and the sound of horror and epic in the orchestral sounds. There is a clear influence by Evanescence in the music and the performance, especially in the performance of the vocals. The track, in general, is excellent but the music needs to be more creative.