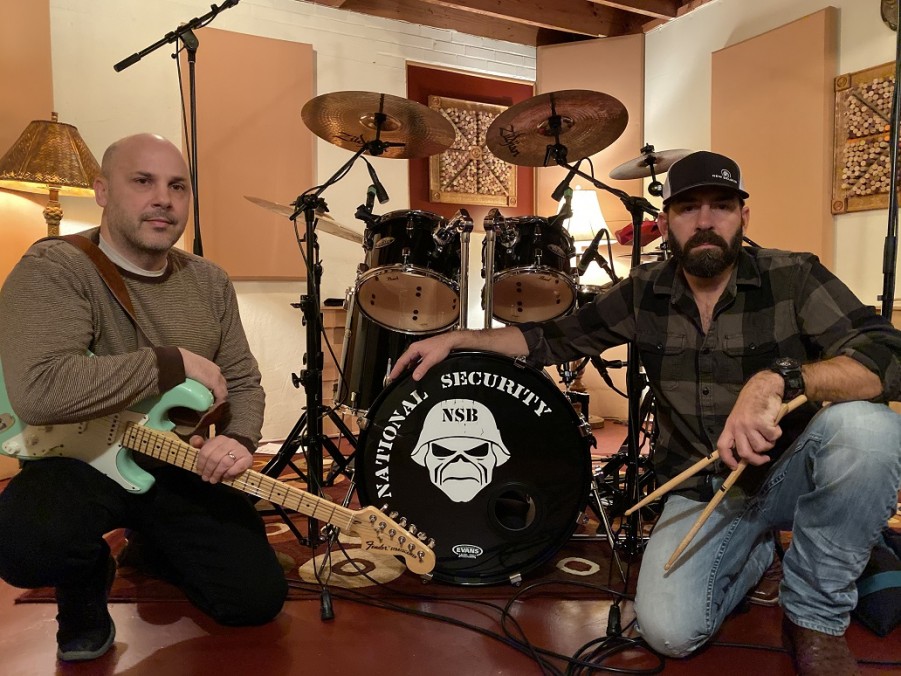 The Dallas-based rock duo released their second album Biomimicry including 7th tracks. Frankly, I see these guys are very clever indeed to classify their music just ‘rock’ but I see that their influences are much wider than this. Atmospheric, psychedelic, alternative, and classic rock among other elements can be found while listening to their album. “Our lyrics are generally centered on political issues and predictions about where society is heading.  Our second album Biomimicry was recorded in December 2019 just a few months prior to the pandemic. One central theme for this album was artificial intelligence, famine, war, potential pandemic and how society seems to be surrendering to government oversight.” – this how the band explained their lyrical theme which is one of the main factors that provoked me to listen to their music.

What I really love about these dudes that even they used guitars, vocals, drums for their basic shape but when you listen to the music you don’t find it empty. As you can see many bands these days tries to add many elements to fill the gaps, but these guys just followed their minds and hearts to fill the gaps…. incredible right?
These guys used simplicity to be their main direction and this can be found in solos too, I see it’s highly included by old-schools still it pours originality with every note.

I may have just one comment about the mix, I don’t know I just felt in some tracks like ‘Tower of Eden’ and ‘Down’ that vocal needed to be higher than this. I just felt that music is a bit louder than vocals or maybe because of vocals reverbs and other effects, not sure, anyhow, maybe it was intended for the mastering. Well, check it out below and don’t miss ‘Wired’ and ‘The Scourge,’ and then let me know what do you think.