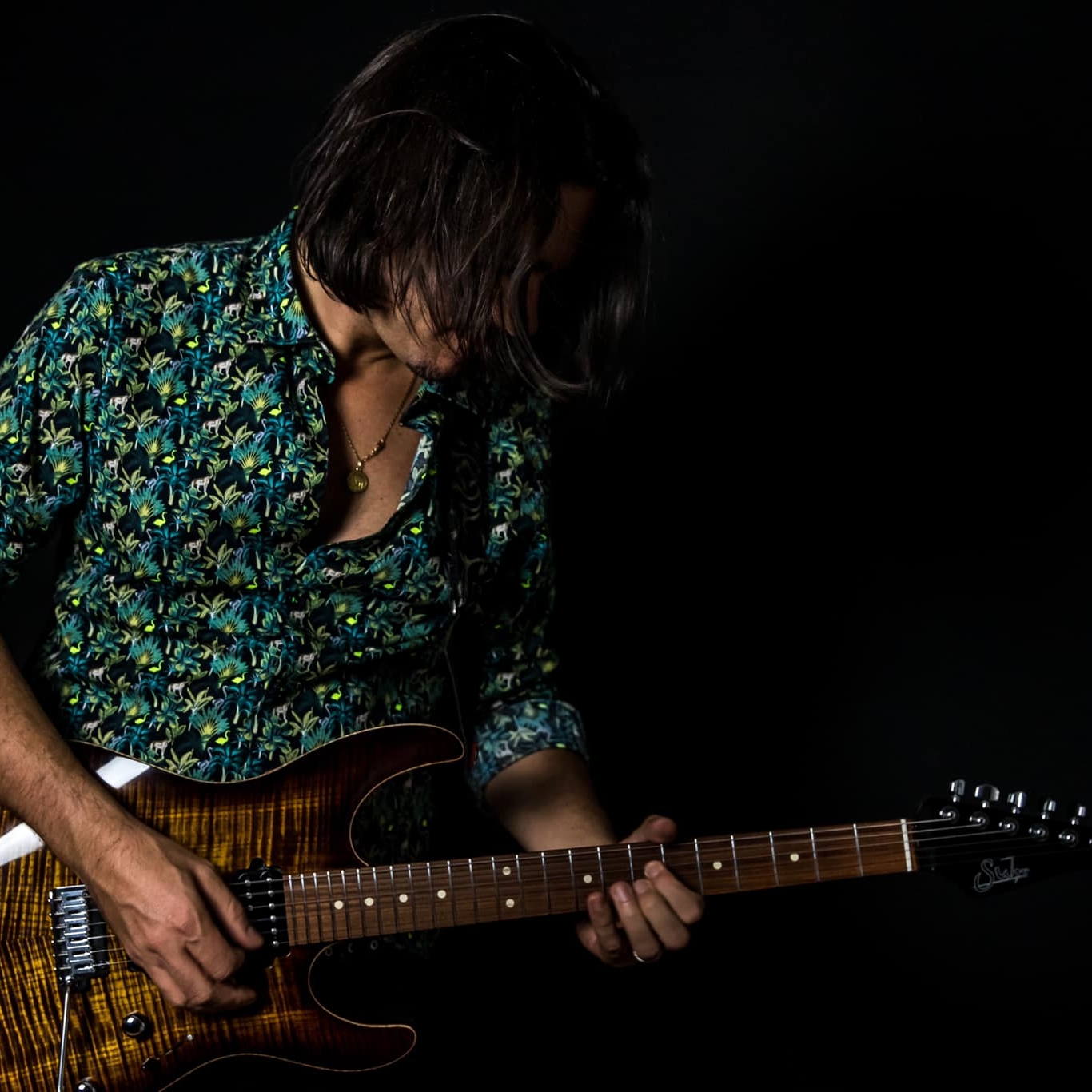 Harmonies and melodies are pretty obvious within the song formation really but what really amazing are how he chooses the guitar tones, which make a remarkable lead sound. The song starts very smoothly and then the rhythm goes very wild in the middle. Although, ‘Day One’s solo was my favourite but the solo here is very suitable for the track indeed. Of course, there are thousands of talented guitarists everywhere, but what is really unique here is his progressive structure combined with stunning shredding style. Check it out below and let me know what do you think.

Born in Emilia Romagna, Italy, Nicola started playing the guitar at the age of 9 and graduated in 2004 in modern guitar at the Modern Music Academy in Modena. He continued his studies at the Conservatory “Felice Dall’Abaco” in Verona and obtained his professional qualification for teaching with the course held by Frank Gambale. In 2001 he started his teaching activity as a professor of modern guitar in various national schools and academies and in 2007 he founded “L’Accademia Centro Musicale Polivalente”, the musical center of Parma. He has played in several bands (including State of Mind, Fear of Fours and Wyvern).