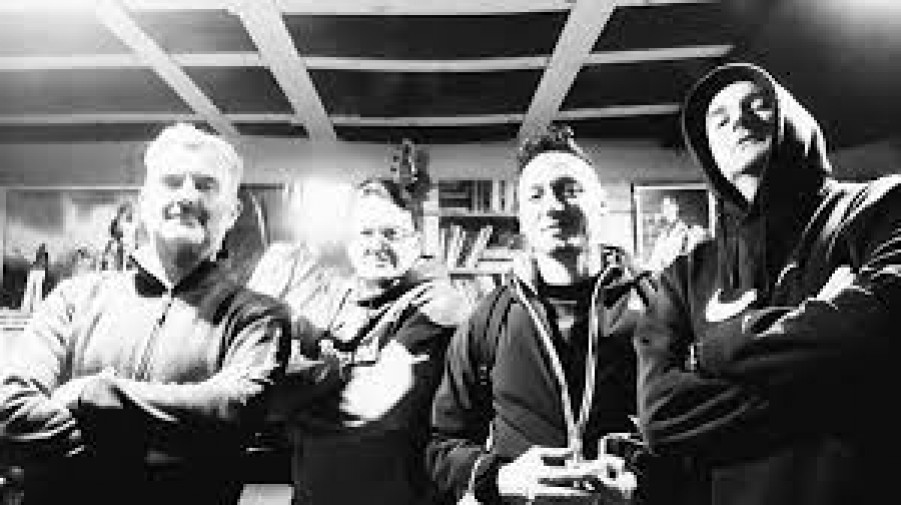 When it comes to music, I always thought of Italy to be the home of few of the greatest opera singers, like the angelic voices of Andrea Bocelli and Luciano Pavarotti; and the pop/opera band IL Divo – who are a group of Uomo affascinante btw wink wink

Anywho, back to our article. Time to introduce to you Plastogenia. Now, this band is a little different as they all do not originate from one place, but from BNB Brescia, Napoli, and Buenos Aires. The band was first formed in 2014 with members Paolo Petti (guitars, keyboards, bass, vocals) and Luca Viadana (drum, percussion, keyboards, synth) in Brescia, a small town in north of Italy. Then completed in 2015 with Giorgio Valzelli (bass guitar), Edoardo Scanzi (drums) and Andrea Copeta (guitar).

They released 10 of their tracks on Soundcloud – which you’ll find the link below -with ‘La Terra Dei Fuochi’ being the most played. It talks about “The triangle of death” in Italy, and no, it has nothing to do with the Bermuda triangle or any illuminati stories, but more of the tragic events that took place in the Italian province of Campania, where most of the population died of cancer and other diseases that was thought to be mainly caused by pollution from illegal waste disposal. The track has more of an electro/rock tune with cool guitar playing, yet vocals were louder as if they were trying to break the music wall to be heard.Their latest tracks ‘The Sound’ in English and ‘Elettronia’ in Spanish were next in their top hits list; especially that ‘The Sound’ has that bit of Santana’s guitar playing vibe, but I felt like the whole echoing after every sentence was a bit over doing it. Their tracks mainly have this otherworldly tune to them, yet unfortunately not as good as the top 3. First track on the Soundcloud list, ‘Ho Visto Un UFO’– which literally translates into I have seen a UFO -sounded more like a cheery sci-fi tune from a kids’ cartoon, and a little bit from a 60s hippie movie – like say… Austin Powers, maybe? ‘Il Bolide’– Fireball – had more talking than singing, kinda like when you hear a commercial interrupt/overlap a song, leave it to continue then interrupt again. ‘Storia Di Un Breve Viaggio’ and ‘ Non Dovrei Ma Lei’ were the finishing tracks to the list, as they both had a much more calmer and soother melody.

If you want know more of their songs, click the link to their official SoundCloud page and don’t forget to check out their MV of ‘La Terra Dei Fuochi’