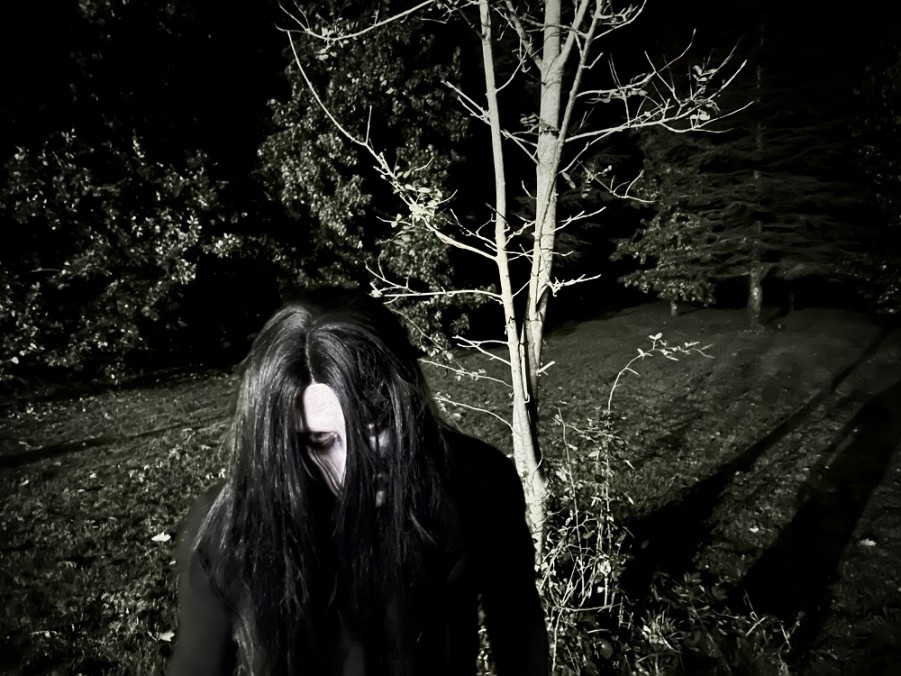 Enter The Egery: an occult rock, black metal band shrouded in mystery. Their music is like their persona, multilayered and symbolic. Everything that surrounds The Egery enhances the mystery factor and does not simply take from it. “Ø U” is a mysterious track, not too tough to decipher but preciously harmonic with layered guitar riffs, strong rhythms, thick and muddy vocals, and black metal imagery that adds to the likable blanket of darkness surrounding the occult. “Ø U” is a song about surrender, whether a love story, a pain relived from trauma, or a higher power bigger than oneself, “Ø U” doesn’t fail to serve what the listener is seeking.

The Egery mixes sound and creates tracks in various cabins in the woods between LA, France, and Sweden. “Ø U” is the first of 6 songs, intended to shake, challenge, and stimulate all kinds of emotive responses from listeners. The Egery’s hard rock density and originality easily put them on the occult rock scene with close comparisons to Blue Oyster Cult and Cold. What “Ø U” represents is a preview of the hard-rocking, symbolic songs that will follow.