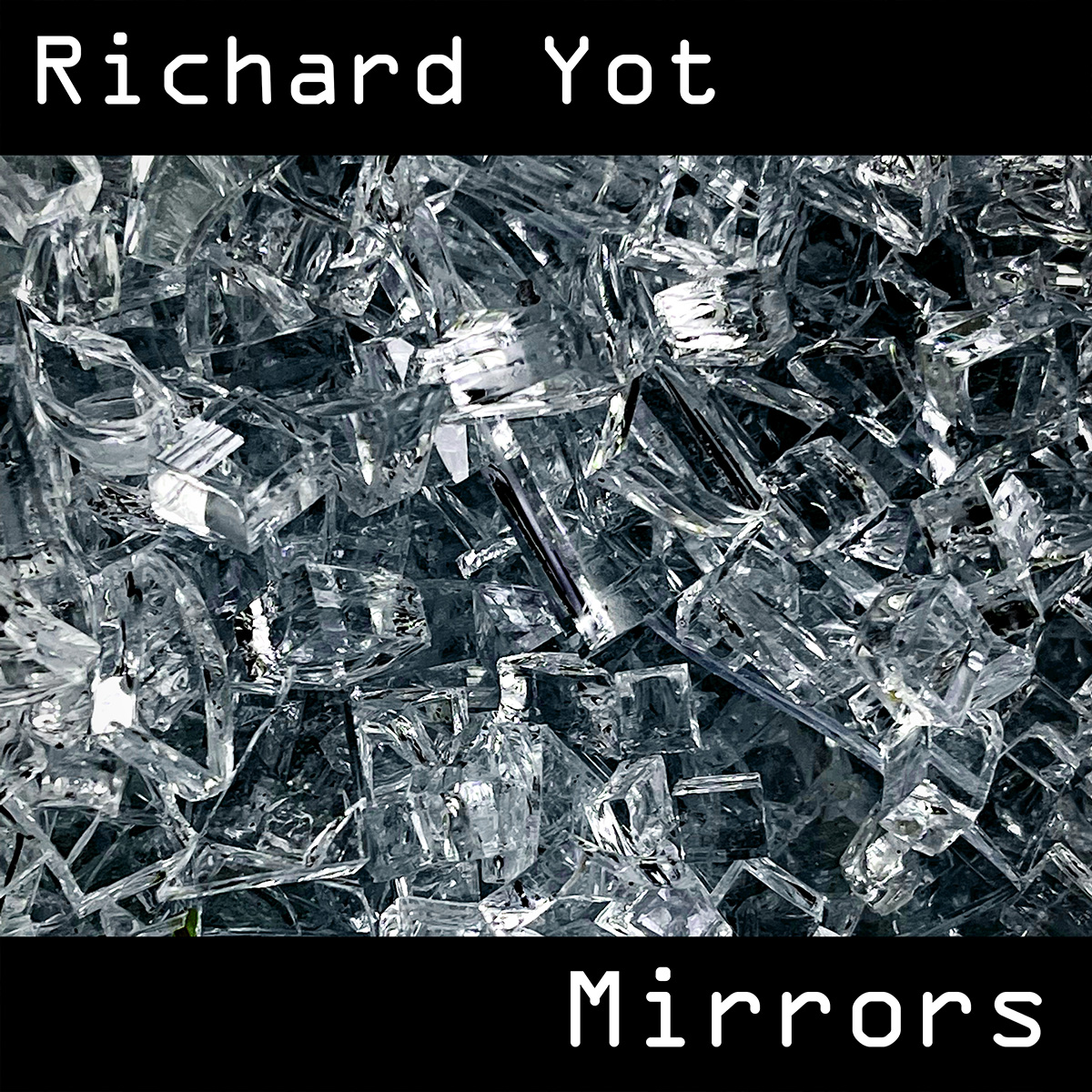 That is a mouthful, but that is exactly what you’re going to witness-in a nutshell-going into Richard Yot’s latest single “Mirrors”.

Richard is an independent artist from the south coast of England and has released four albums under his own label “Resonance”.

His work has a wide range, from shoegaze, to ambient, to post rock, he is not leaving a stone unturned in this wild world of music…and with his latest “Mirrors” he is mixing a lot of these elements in one song, which is no easy feat.

Why don’t we get into the “Mirrors” world and starting seeing for ourselves?

The song starts with a view of a huge landscape…yes, I can definitely see it.

Huge vista of a sahara-mirror planet.

The hi hat sounds with emerging drum beats shows us a person…far away in the distance of this weird planet, riding on a motorcycle-hovering vehicle.

Chorus-filled guitar melodies play and set the mood even more…till the vocals come in.

Vocals are ambient and catchy…the vocal performance is very soothing.

Whether from a verse to a chorus or to a bridge…

On the other hand…the drums are the locomotion, the motor of the vehicle that is driving the protagonist through this world, pushing him forward…steadily and surely to his destination.

The drums take you from low to high emotional states with ease, just like that.

The synth sounds are amazing across the whole song acting as an ocean of lushness for the whole song, even in the ending, the synth continues on…

This is where I believe, the protagonist of the music video that I’m seeing in my head, has reached his end goal…that goal could be a physical place, or a mental state, either way, he is there, he reached his goal.

I personally believe that this is a reflection of what Richard was feeling maybe at the time of crafting this song. He was searching for something and he found it by the end.

Maybe that is just how I perceived it…but I too reached someplace by the end of the song, a much relaxed place, a happier place.

This is exactly why I would highly recommend “Mirrors” to anyone, because it will take you from where you are on a journey that is not too long and not too short…a journey where the destination is a happier version of yourself in the mirror.

Richard, we wish you all the best in the world and want to thank you for the inspiration for this new sci-fi story that we felt as part of it.