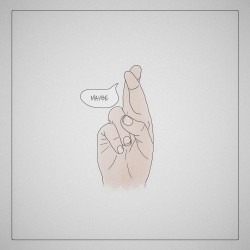 “Maybe” encourage us to trust our instincts in love instead of blindly following our emotions. Jon Sandman’s latest Folk Rock/ Indie single will be released on March 29th.

The ethereal, dreamy intro, the hopeful lyrics, and the lightweight sound give away romantic Coldplay vibes.

This song is also an opportunity to rethink that pending talk or that next step in a relationship. The soft music and the mellow vocals encourage a state of mind of reflection and to find peace.

The lyrics, when read along, have an almost poetic feel that shares the different faces and layers of love and relationships. However, if you add to the rhythms and the flow of melodies, you’ll find yourself carried to a hazy, tranquil ambience.

Oxford-based singer and songwriter is no stranger to Rock Era. We recently had the pleasure to review another song, so granted and safe to say that there’s undoubtedly a pool of talent here.

“Over the next few years, I aim to release my back catalogue of 60+ songs, starting with my upcoming ‘Spooky Action at a Distance’ EP.” –says Jon.

He’s also the creative driving force behind alt-rock band ‘Pylon Heights’ and one half of indie-folk due ‘Jon & Abbie’.

EP: You Call This an Apocalypse? by The Very Bad Days

Time Waits For No Man by Kailie Simpson

Memories of Spring by Jim Jagger