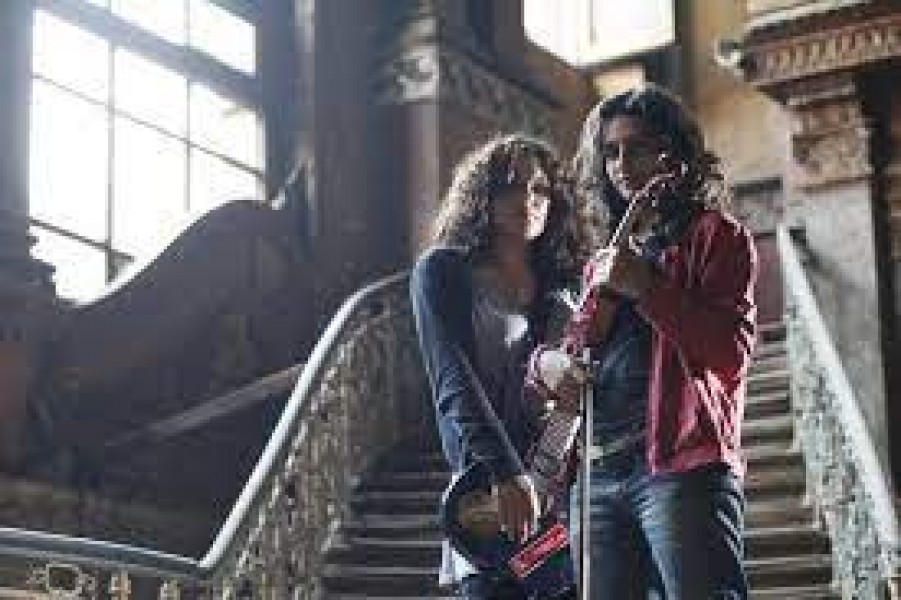 The widely known previously-all-girl band Massive Scar Era (aka Mascara) surprise their fans once again with a four-track EP entitled Comes Around You, named after a song with the same name. MaScaRa – how their fans prefer to call them – take the act up a notable step, taking us deeper inside the post-hardcore area of music, which is untapped by the Egyptian listeners.

The most recognizable thing about the EP is that it gives every listener what he aims for in a band, the high distortion sound of a hardcore genre, the Middle Eastern touch that their violinist excels in and the complicated and heavy drum sound filling the background of every track – which is a power house for the recent line-up of MaScaRa.

Starting with Pray, a heavy starter for the journey, the type of track that gets you head banging, the aggressive harmony between the drum line, the high guitar distortion, and the amazing brand new vocal technique Cherine that the band’s singer and leader uses in the track, which deserves a great deal of attention because that’s a female brutal singer who jumped between two voice pitches in the same line.

Continuing with the main theme of the band’s path of writing music that speaks of what’s hidden, the Main track Comes Around You gives the listener a feeling being lost under an ocean wave. Why? By its melodic start the violin and drums pave the way to a double vocal line, all clean at first, then it goes darker and harsher as the song goes on. Ever heard of a “Sad breakdown”? Well you can feel as confused as I felt from the minute 2:30. The violin line makes you stop and think without losing the urge to follow the breakdown.

The lead guitar makes the way to the blast of drumming at the start of the 3rd track “10 years” which makes a listener feel like he’s smack in the middle of a fight. It’s a final message to whoever deserved it, drawn by instrumental playful harmony that gives birth to a track that makes you think…not just move your head.

Then comes the softest track opener for the whole EP, closing the act with “Repulsive” the band once again prove that so much music and so many emotions can be contained in just two and a half minutes. The Violin once again lay a dark layout on a track, which sends you the message “I’m not a track…I’m a state of mind.”