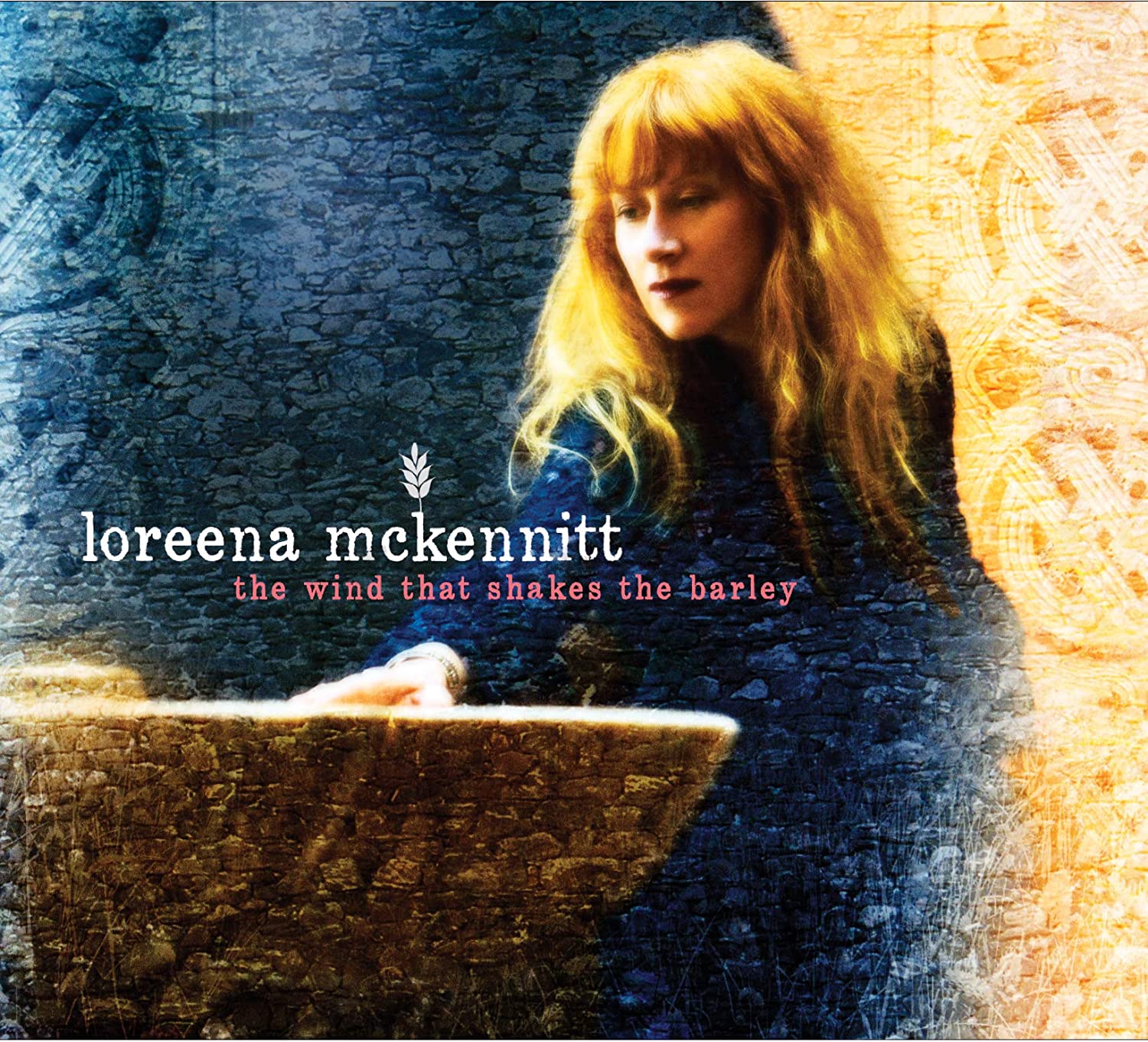 “The Wind that Shakes the Barley” is the topic of our fifth part of our Loreena McKennitt series. The album was released back in 2010, so it will turn 10 years old this year. You can consider this part as an anniversary celebration and this month also carries Loreena’s birthday.

“Every once and again there is a pull to return to one’s own roots or beginnings, with the perspective of time and experience, to feel the familiar things you once loved and love still”

“The Wind that Shakes the Barley” is like an odyssey to the homeland and the roots. The album comes as a break after Loreena’s journey of magic and time through her previous albums “The Visit” (1991), “The Mask and Mirror” (1994), “The Book of Secrets” (1997), and “An Ancient Muse” (2006). Actually, I felt that this album is a continuation of “Elemental” and “Parallel Dreams” but in more improved performance and style.

Plus, I like the symbolism of the barley through the album, some people ignore some effective cultural forms although they have huge significance. It is the most Loreena albums cover art I admire, really darkened and shining at the same time with attaching the shape of the barely, it is closer to be a painting, so classic, so elegant. The first time I listened to this album was at 7 am in the mid of January. The sky was clear somehow and I had a wonderful window view with a cold breeze.

Moving to the album, “As I Roved Out” is the first track of the album. It is an enjoyable melodic traditional song that started with alerting sounds. This song is really great for driving. Just, drive and play it, enjoy with the green landscapes around, enjoy with the faces of the surrounded people. Next is “A Bright May Morning”, in fact, this song is so emotional and gentle. Its warm guitar intro with a calm and magical musical background gives you feelings of company and solidarity. The mood of the song could be classified as classic romantic.

Next, “Brian Obru’s Boush”. It is a harmonious memorable instrumental piece. It is very enjoyable, there is a beautiful warm fusion between traditional sounds. After than comes “Down by the Sally Garden”. Based on a poem for W.B Yeats, Loreena McKennitt reintroduces an acoustic emotional calm melody of one of Yeats’s’ poems. The music reflects the awesomeness the colorful Salley garden, and the warmth of lovers meet. In addition, this song is one of the few songs of the album that carries original/traditional Celtic pipes riffs. Those alerting and astonishing sounds take your soul to the lands of Ireland.

One of the most enjoyable and exciting songs in the album is “Star of the County Down”. The combination of the traditional instruments besides the joyful melody. Originally, the song is a folk ballad of a man who imagines meeting the most beautiful girl in the town then his imagination goes deeper and he of getting married to her.
“The Wind that Shakes the Barley”! I am obsessed with this song for days after listening to the album, I trapped myself every night and played this song. I felt an unexplained sense of pain and brokenness, I look at the wind that shakes the leaves of the trees before my window. Some nights, I concentrated on every note of the song while gazing at the wounds on my wrist, I found my tears fall with every time I hear, “With an aching heart, I’ve heard the wind that shakes the barley.”

In our culture as Egyptians, we have different poems and inherited songs and ballads that link between tragic stories during calling for resistance and wars and wheat plants. Wheat is Egyptian equivalent to the barley since the time of ancient Egyptians. Traditional lyrics scripted in very depressive riff talk about a lover who is about to sacrifice his relationship to join rebellion groups in Ireland calling for independence. You can touch the tragedy that families and lovers suffer from.

Originally, the lyrics are based on a poem written by legendary Irish poet and Irish heritage and music collector Robert Dwyer Joyce. The song is taken from Loreena’s ode to her roots and Irish traditional music release “The Wind that Shakes the Barley” (2010). Then comes “The Death of Queen Jane”, It is a traditional song that revolves around the death of Queen Jane during delivering a male baby.

Musically, the song depends on a calm night and fear influenced string work with great harmony between the instruments sounds and their volumes to enrich the expressive mood. You can taste that the music carries a sense of royalty.

“The Emigration Tunes” is next. It is a beautiful instrumental track performed by an orchestra of folk instruments to express the warm feeling of longing to home, the feelings of returning to roots, waving farewell to the dark nights and welcome a new sunny day, images of shaken barley come to the mind, green fields with the smell of mud and water, nostalgia bringing joy and tears. The final track of the album is a beautiful charming song called “The Parting Glass”.

Finally, in my point of view “The Wind that Shakes the Barley” is closer to the “Elemental” style as through both Loreena aims to revive and rearrange the blessings of the Celtic heritage. Although I am not an Irish, I felt somehow that I am connected to the music I listen to. There is a strange accident I felt while I was searching more about the album. It was released on November 12! I talked with the man who vanished from my life on this day but in 2016!
The album is a really enjoyable piece to listen to as escapism from the crowded streets and madness of life to the calm green lands of the North.
And now let’s Finalize talking about “An Ancient Muse”. Personally, I enjoyed the warm hybrid combination in the music. The whole concept of the album and how it is scripted is so outstanding. I was somehow emotionally affected by some tunes and themes as I clarified above. Finally, I want to thank everyone and Quinlan Road Company for supporting and following our series. The different parts of the series had almost 3K views. THANK YOU!!

If you missed the previous parts, you can check them through these links: