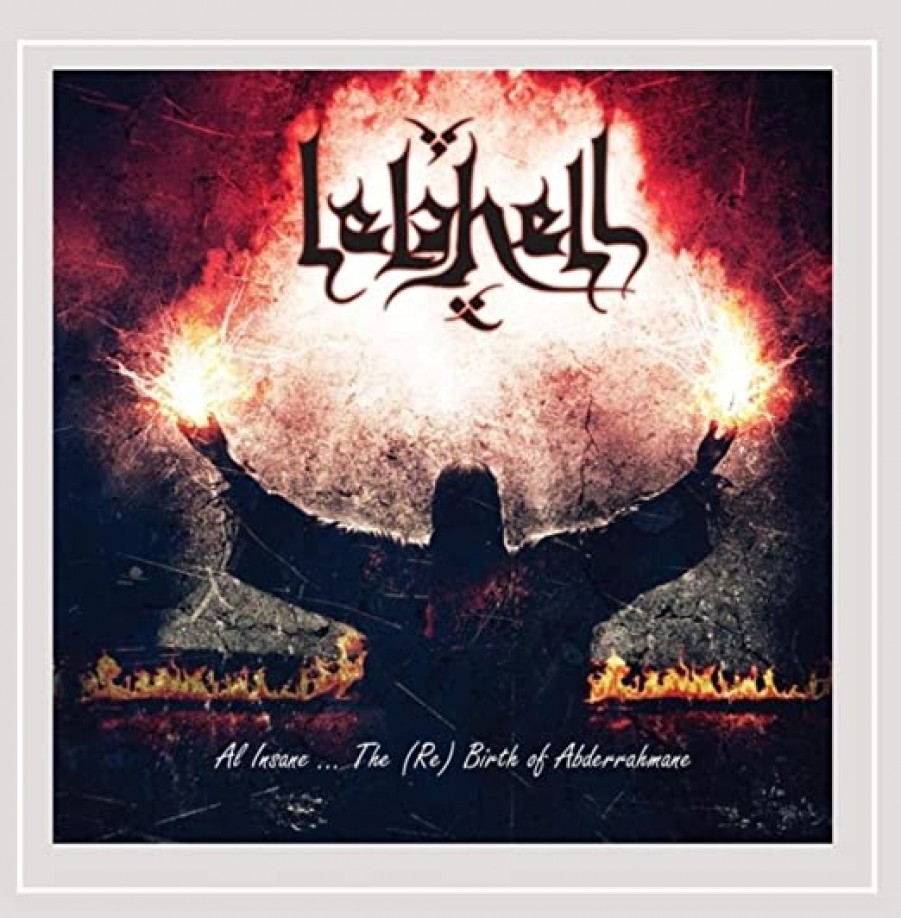 Where do I start with this album? I was watching their studio teaser video while the album downloaded and expected that I’ll review a mediocre death metal band, but I was blown away with Slaveblaster’s thundering drums and Lelahell‘s very professional vocals. These guys know what they’re doing.

The lineup is as follows:

These guys are an Algerian band, formed in 2010 by Redouane Aouameur (aka Lelahell) who has been in quite a few bands before forming Lelahell. After he completed their EP Al Intihar (The suicide), SlaveBlaster and Nihil joined him in January of 2012. They have been growing ever since, as they had their debut EP officially released by Goressimo Records in August of 2012.

Their latest album The (Re)Birth of Abderrahmane was released by Horror Pain Gore Death Productions.

The mixing and mastering are quite good, as it was done by Ivan of Anthropocide Studio, though the bass frequencies such as the kick drum and the bass guitar were a bit too boosted for regular speakers. When I used a subwoofer with a couple of tweeters the bass was too muddy. However, when using studio headphones the sound was perfect. So I’ll just assume that it could be my speakers’ fault. Using the headphones I could hear every single note by all instruments clearly (even the bass guitar – wow!) as well as the vocals, the volumes and effects are well managed.

Now about the music itself, I’m listening to the album as I write this, and I’m not exactly sure what bands they remind me of, as they seem to have a different style. However a few tracks reminded me of Behemoth and Scarab (the latter is from Egypt as the readers probably know). My favorite track has to be ‘Kalimet Essir’ as it has a riff that is quite melodic and overall amazing artistry. The rest of the album doesn’t fail to impress. The ending track ‘Mizmar’ is also the perfect ending for such an explosive album. The drums on the whole album are extremely fast yet beautiful, with SlaveBlaster’s beautiful work, as well as LelaHell’s amazing guitar lines. His vocals could be considered black metal vocals at times, which gives a mix of great death and blackened death tracks. The bass supports the instruments greatly, and even though it’s still much quieter than the rest of the band, it still has an undeniable role.

My overall opinion has to be that if you’re a fan of the death and blackened death genres you’ll enjoy this album a lot. It’s definitely worth buying and you’ll most probably enjoy it. This album is one that I’ll keep on my phone for when the mood fits it, but I’ll definitely listen to ‘Kalimet Essir’ quite often as it ranks quite high with other amazing tracks by larger bands.

If you’re interested in buying their merch and the CD, visit here.
For the digital copy and streaming visit here.