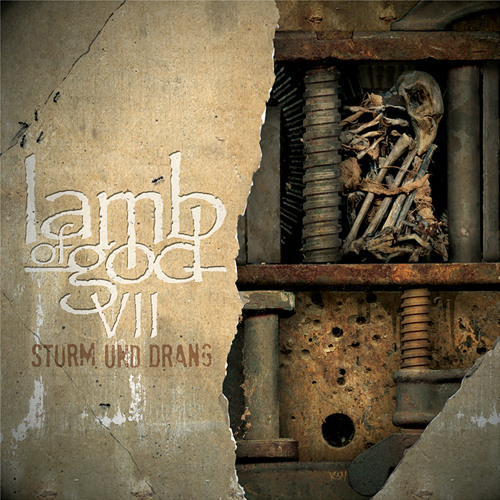 On the 15th of May, the American groove/metalcore band Lamb Of God streamed their very first single of the upcoming album VII: Sturm und Drang which is due release this July. All of which looks so promising so far. It’s one of the most anticipated releases for this year and I’m telling you, people cannot wait for it!

Randy Blythe, the band’s frontman, speaks about the band’s single in details in an interview with the Rolling Stone. He says that people shouldn’t expect a whole record about his imprisonment, but maybe a single. ‘Still Echoes’ pretty much tells the history of Prague’s Pankrác Prison. It describes the oppression that the Czech people experienced by the Nazis when they had control of the prison and how they used the guillotine to execute people.

The song starts with just the guitars and drum tempo and it feels like it’s a promising intro. And all of a sudden, the music stops. Then less than a second later the blast beats of Chris Adler and the guitars and bass riffing of Mark Morton, Willie Adler and John Campbell along with Randy‘s vocals start playing together. Combining together into one hellish intro that pretty much resembles a metal glory warcry! I was expecting some tunes like those of ‘Ghost Walking’ but no. The band introduced a different tune than their previous works. But still, you’d hear that song from a thousand miles away and say, “Those must be Lamb Of God“. It’s so distinguished. Which contributes with one point to their creativity and another point to their originality. The sound of the band progressed but within their own style still in the mix! The chorus of the song is so catchy, it gets you to sing along with it and raise your fist in glory. Music wise, it’s one of the best tunes I’ve ever heard for Lamb Of God. The drumming is mainly focused on the double pedals and the time shifts is remarkable. The guitars are as always groovy. The bass playing is rather prominent especially in the part in which the drums and the vocals are all that’s playing, saying, “Still echoes of their screams”

“I won’t bow my head,” resembles and holds dear everything that metal is all about. Staying away from the flock, not following the herd or staying in group just to fit in! And when Randy sings that part for the second time, the guitarists both offer us one hell of an ending. And immediately, you feel the need to replay the song once more.

Seriously, all of Lamb Of God‘s fans should head over to the band’s YouTube channel and give this song a listen right now. Stop whatever it is that you are doing, and listen to it right now!

Also, you can preorder the album from here.