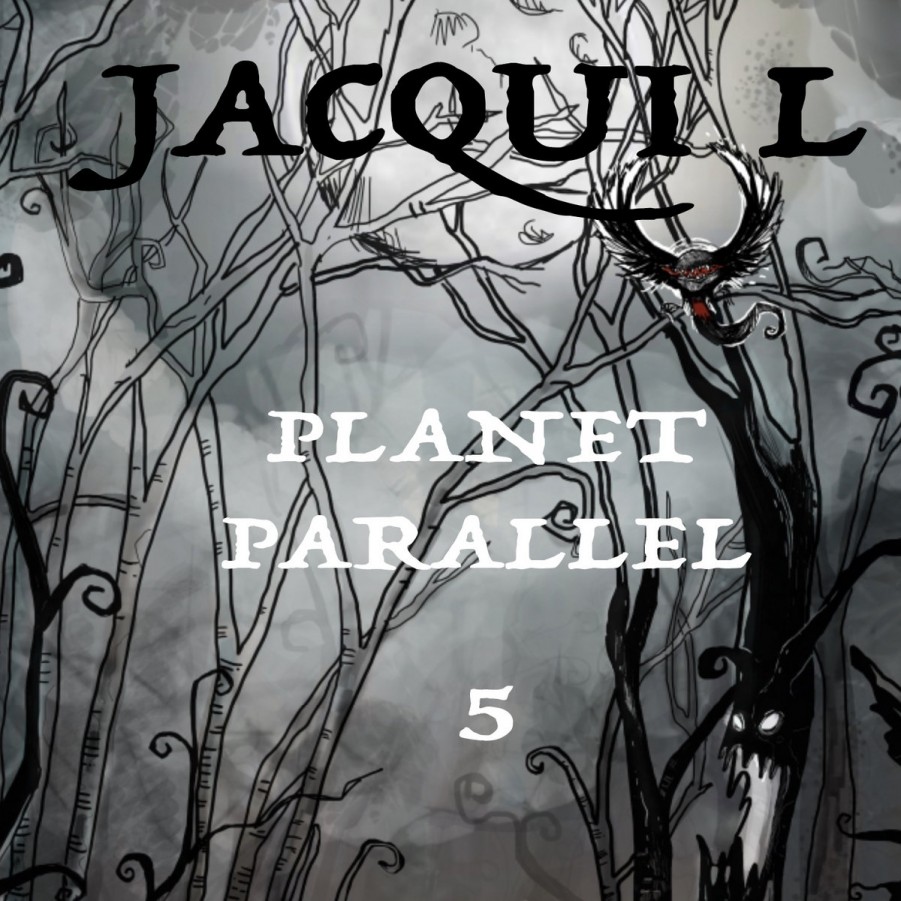 PLANET PARALLEL 5 is conceptual rock album by the Australian progressive rock artist, Jacqui L. The album is based on artistic communications through her philosophical lyrics roaming around the character of Jacqui L, a scorpion/alien from the planet PP5.

First of all, I should say that she has a very strong singing and songwriting techniques. She also has a very smart vocal style that reminds me of many iconic stars like Tori Amos, Eva Cassidy and Fiona Apple. The music is brilliant! Yes, all used elements for compositions are very unique, melodic and catchy. I doubt you got bored while listening as it includes many variations. When you listen this album you will get stuck within many bands like; Tool, A Perfect Circle, Puscifer, Soundgarden, The Tea Party, The Pentatonix, Dave Matthews Band and many more.

This “PLANET PARALLEL 5” I would prefer to say it has 10 continents – instead of songs. It starts with a “Happy Birthday” that you haven’t had like before. Then goes to the “Frankenstein”- also, you can watch it here – I noticed that the piano, guitars, and drums are making a strong music harmony. Now we arrive to the third continent, “Rich Man”. I enjoyed mainly listening to the vocals, and the harsh power chords are unexpected but really cool as they serve the song very well.

For “I’ll Covet” I would like to talk more about how the music video and the music gotten in so much harmony. I believe it delivered the track’s massage so much. The solo in the middle was for me, the main turn to show the concept of desire. In general, this is a very nice video to-the-point production. The fifth track is “Cold”; well, it is. I felt that I am listening to psychedelic 60’s rock. Guitars here are my attraction point for this song, even though I like the other atmospheric elements too. Jacqui L influences are very obvious in “Decaying Orbit” and “Under the Noise“, I don’t behold any negative reviews regarding the tracks but they weren’t my style that much indeed. “Could Be” reminded me so much of Jefferson Airplane, I like the drum line so much and the vocals are pretty amazing, also I like the acoustic guitar background in this song. The drumming in “Stroke It” is nice; it’s like a combination between drums and percussion especially that it gives a cool flavor when the melody is playing by a phaser/wah guitar. The riffs transitions with the vocals give a strong sound for the track really, well done! I believe this song needed a Phrygian/oriental soloing other than the shredding fast rock soloing at the end, anyhow, it’s a matter of opinions.

In my opinion, “Distraction” has a very simple video concept as well as music, because it’s mainly based on lyrics and singer’s style. Anyhow, I see it delivered the message very well.

Finally, I would rate this album a high 9.5 out of 10. It’s an amazing music production really. PLANET PARALLEL 5 song-writing, vocals, keyboards are by Jacqui L. It’s been produced by Joe Accaria who plays drums and percussion. Basslines by Dave Symes except on “Rich Man” and “Could Be” by James Haselwood. The album has been mastered by William Bowden form King Willie Sound. And for the production engineer is Marty Hailey at Blackfoot Sound.