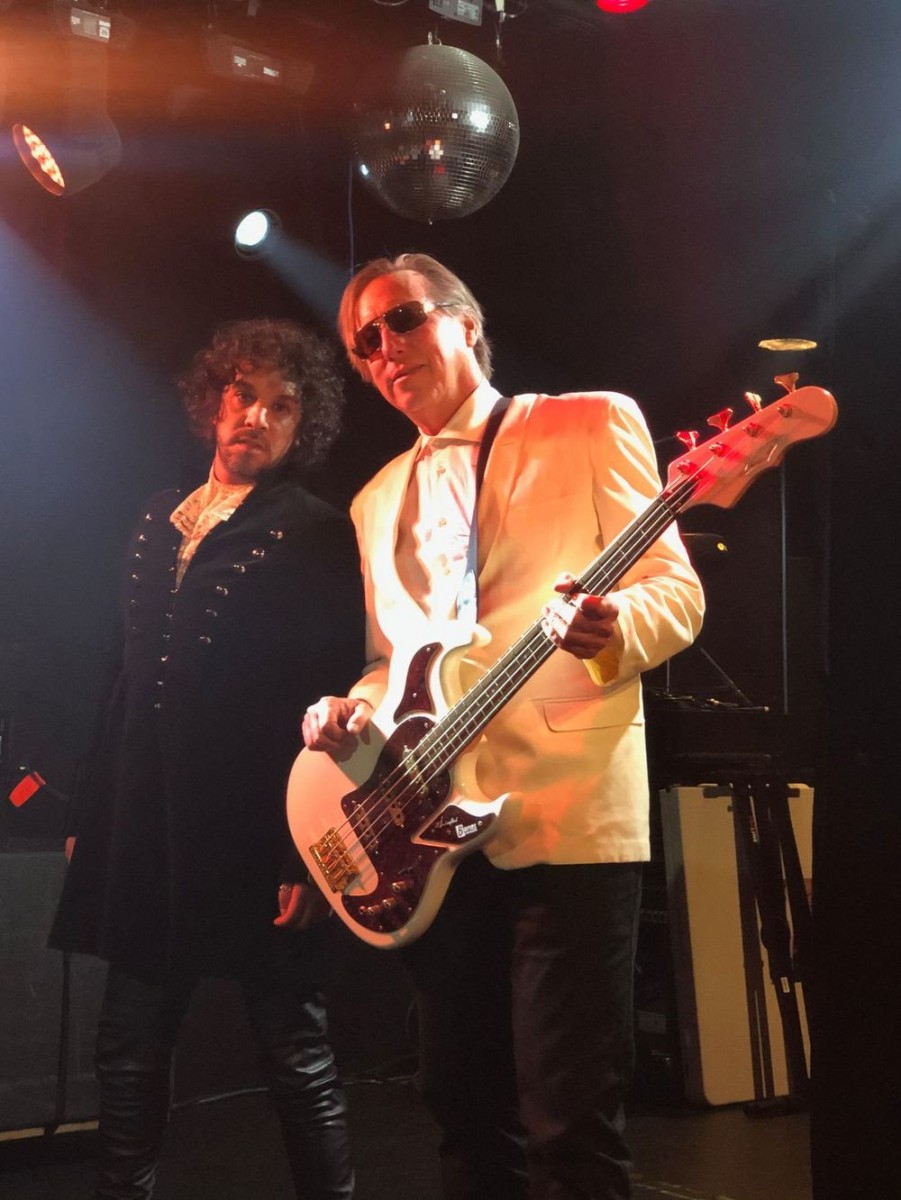 Over the last several years when I was going out in LA, I was a little bit surprised to hear how much the edgy rock that influenced us is still getting play and exciting people in the clubs. The 70s music that I’m referring to is glam rock, punk, new wave and post-punk, bands like Iggy, Bowie, Roxy Music, Joy Division, the Buzzcocks, Blondie, The Cramps… These bands bring some style and verve to their music and their attitude. These bands are exciting, fun and dangerous. I wanted to form a new band that threw some fuel on that fire! So I started channelling that vibe in my songwriting, found some kindred spirits to play it, record it and capture it on video. And now we’re giving it back to the people who inspired it.

Isn’t it a bit risky to focus on old-school music, since everything is electro-pop and trendy these days?

I’ve been impressed to see some young bands playing some kick-ass rock with similar influences. Bands like Starcrawler and Shame come to mind, but there are so many more. Authenticity is the main thing. I listen to a lot of different genres of music and incorporate them into other writing that I do. But this band isn’t about that. It’s a vehicle to carry an exciting rock era into the future. Not everyone wants to take that ride, but those that do are ready to go! It’s very gratifying when fans tell us the influences they hear. They are always spot on.

Chris – I’ve read that ‘Glitter Box’ was influenced by LA nightlife, is this correct?

Back when we could go out to clubs, I was delighted to see so many people of a certain age still getting dressed up to go out, get ripped, dance and careen over the edge sometimes. Glitter Box is a fictionalized account of a woman who is becoming kind of a hot mess. It gets kinda dark, but underneath it’s a celebration of going out and having fun, even if it gets a little messy. Its appeal seems to be similar to advise column. For some reason, we like to hear about people whose lives are more screwed up than our own.

There’s one other song, “Freak House“, that is about a crazy night out at Bar Sinister, an LA goth club that’s been going for over 15 years. That one describes a true story and even names. More proof that, even when things go over the edge, you end up with stories to tell. But other songs get more personal, with deep, dark dives into fractured relationships, like “We Have Nothing” and “Manipulation“. The next single is “Astro Van“. It’s about giving up your apartment to live in your van. Cheery stuff! But we try to squeeze some humour in there and rock so hard you don’t care what it’s about. It’s cathartic.

The music video was phenomenal really, did you collaborate in its vision with the director while filming?

It helped that we were starting with a character with a story that was set in a familiar place, an LA club. So many things fell into place to make it work. I was friends with Natalie Denise Sperl, who is not just a talented actor and model, but she plays guitar and fronts he own band, Kill My Coquette. My childhood friend manager the Moroccan Lounge, which was the perfect setting. But I have to give so much credit to the director and editor, Giuseppe Asaro, for capturing the story and the feeling perfectly. And Natalie really got into the zone! There was a lot of conversations that lead up to the execution of the plans, but when you are working with skilled artists, it’s really important to give them space to do their thing. The result is the perfect visual representation of the song. I feel fortunate to know and work with such talented artists.

The High 70s is built on high-prolific musicians, what is your advice for the new rockers?

Channel the music you love! If you are inspired by a song or an artist, take what you love about it and make it your own. Is it the wall of distorted guitars? The snare that explodes inside your head? The banshee wailing vocals? The snarling punk attitude? Take it in and let it flow through you into your music. It won’t end up sounding the same. It will be inspired!

Finally, tell me more about your plans in 2021 especially since the live scene isn’t active enough recently.

We are gearing up to play live, whether that scene gets back on track or not. Our rehearsals are so much fun that it’s not like we’re wasting any time if it doesn’t happen right away. We want to do a record release party with Natalie’s band. She also sings on a Blondie cover on the record, “Accidents Never Happen“. It will be great to perform that life with her. As you can tell, she’s quite the performer. We’ve also discussed creating a can intertwined series of videos, in which the characters from “Glitter Box” are extended into other stories based on the songs “Astro Van” and “Manipulation”. The full record will be out in October and released on vinyl by the end of the year. I can’t wait to see the High 70s record spinning on a turntable!