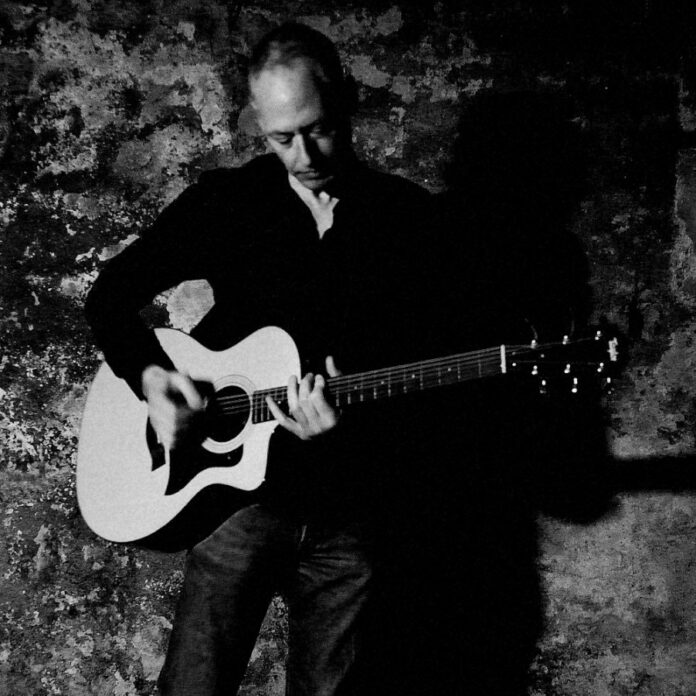 “The Climb” offers a promising start to your upcoming album. Enlighten us more about the album and what its songs are about.

So the album has been developing for some time now – I won’t say exactly how long as it will give away my age! It’s part of the reason why the working title right now is ‘If Not Now, When?’ – I needed to finally get these songs in a shape where I could get back into the studio and bring them together coherently. I’ve been living with and developing these songs over an extended period and they’ve responded to various issues in my life but also imaginative explorations I’ve been on, sometimes inspired by literature (‘The Climb’ is partly inspired by the poetry and imagery (some of which is featured in the song’s video) of William Blake), film, events in the world or from somewhere I’m not entirely sure I can express. It has to do I think with the music itself, which is usually my process which starts with a melody that I might carry with me for a long time before words emerge I feel really respond and capture what the notes are trying to articulate. Anyway, as regards what the songs are about there is a narrative arc of sorts on the album which tracks the course of a relationship from its hopeful beginnings through an eventual break-up and new beginning.

Was the pandemic impacting your album-making process, especially given you worked with the producer Larry Hogan?
Absolutely – the multiple lock-downs did force me to reflect on where I was at and particularly where the songs were at and the need to finally bring some shape to them in terms of getting them properly produced and prepared for release. Most were already in existence for some time, though I did adapt them (particularly ‘The Climb’) inspired to some extent by the extraordinary times we were living through.

According to your press kit, you’ve released albums, including “Origin: See the Light”, “New Horizons,” and “Inundations.” However, I was unable to find them on your YouTube channel or Spotify. Where can your fans hear them?
I think there is an error here (I’ll have to recheck the press-kit!) – I haven’t released any albums before – several of my tracks were released on compilation albums some time ago from a local Galway company called Origin records – these are the albums you refer to above. You can find the tracks concerned ‘Time Out’, ‘Freedom’ (a very early demo that I rewrote entirely and restructured for ‘The Climb’) and ‘The Mirror’ on my soundcloud site.

Based on the previous question, you mentioned that your songs are inspired by life, love, and loss. Do you draw inspiration from your surroundings, or is it more based on personal experiences?
Both – but perhaps personal experience moreso than anything else. That is not to say that there is a direct correspondence between the narrative content of my songs and my life – sometimes this is the case, but more often I’m inspired by stories or events around me or that I encounter either locally, in literature, film or the media. That includes re relationships and how they develop (or not) – the challenge is to bring integrity and authenticity to the emotion when performing the songs themselves – in that there is always a very personal expression for me which I try to relay in my vocal performance, but it may not necessarily be directly related to the lyrics themselves. If that makes sense!

“The Climb” is such a mood changer! How did you craft it?
So as I said above I’ve been working with that song for a very (very!) long time and its taken different forms at different times. It began as a song of seduction but over time this changed in response to life I guess and also as I matured both personally and as a song writer and tried to deepen the resonances from the personal (and perhaps slightly naive) initial efforts to something that could hold the intensity of the emotions and melodies the song carries – so in crafting it, it began as a riff and rhythm based around maybe 5 or 6 notes and 2 chords and built from there, eventually working through ideas and instruments with Larry Hogan the producer (including around percussion) that could best compliment the imagery and overall emotional intensity of the song itself. There was a lot of back and forth there, trying different things until we go to a sound we felt worked best for the song itself.

REVIEW – The Climb by Sano Hill

The music video for “The Climb” is indescribable! From the stunning moon footage at the beginning, through the outdoor scenes, to the flaming fire at the end, who’s behind its innovative idea? And who was involved in the process till it came to light?
So I’m hugely indebted to the fantastic EL Putman a creative media artist who collaborated with me on the video, and really is responsible for the overall structure and development of the piece. I had ideas of working with darkness and light, including moving from moon imagery to that sun imagery at the end (which I’m planning to start the next music video with as we go somewhere different (not sure yet though!) – I also wanted to use William’s Blake’s imagery as a huge admirer and also because the song was partly inspired by his work. The shots of myself were filmed by EL in a house that will eventually be her new home (though currently it’s a ruin, which worked really well for the video I thought) – other imagery I either shot myself (one clip from Diamond Hill in Connemara near Galway city) or by members of my extended family – including my brothers Adrian (who shot the drone footage) and Niall (who provided the dawn over Laraweehan shot) – all of those shots are from an area I grew up in, and still return to when I can. The moon imagery at the beginning features shots by my partner Anne Karhio. So it was a real collaborative effort – though the real genius here to be honest is EL Putnam in bringing all that together and giving an overall coherence to the work.

In “The Climb” lyrics, there’s a line that says, “Get drunk on the wine of inspiration.” What would you say to people who’re drunk on dramatic global and personal life events and can’t find a way to see the hill?
This is a really difficult question – particularly on a day when Russian tanks are rolling into Ukraine! I consider myself extraordinarily fortunate to be living in a relatively stable and wealthy part of the world – most people on the planet are not so fortunate and it’s really difficult for me to know what to say to someone struggling to come to terms with immediate and life threatening challenges, be it in terms of health, livelihood or due to the catastrophic global impacts that climate change is having. There is something that we all share as human beings which is the ability to create, to imaginatively respond to whatever challenges we experience – in fact some of the greatest literature, films, music has emerged from crisis, from people trying to come to terms with extraordinarily challenging circumstances in their lives or societies. Whatever challenges we face individually or as a species, I genuinely believe we can overcome if we dedicate the extraordinary gifts we have as human beings to doing so.

Can you give us a sneak peek at the song we should be expecting next from the album?
I’m actually really undecided at the moment on this one and I’m in discussions with the label I’m working with -StreamOnDistro – right now, and others supporting me with the music, as to what would be the best track to follow ‘The Climb’ with. There are some demos on soundcloud that will give those interested an idea of possibilities but I will make a decision on this by the end of the month and a new track will be available to pre-save in early March with a view to release in early April.

Thank you for your time! What plans do you have after publishing the album?
I’d like to get out gigging again now that’s a possibility once more so that’s one of my main plans post the album been released (which will be in the second half of 2022) – and of course working on the follow up album. I already have a lot of songs developing for this so that will be a big focus post the album’s release.