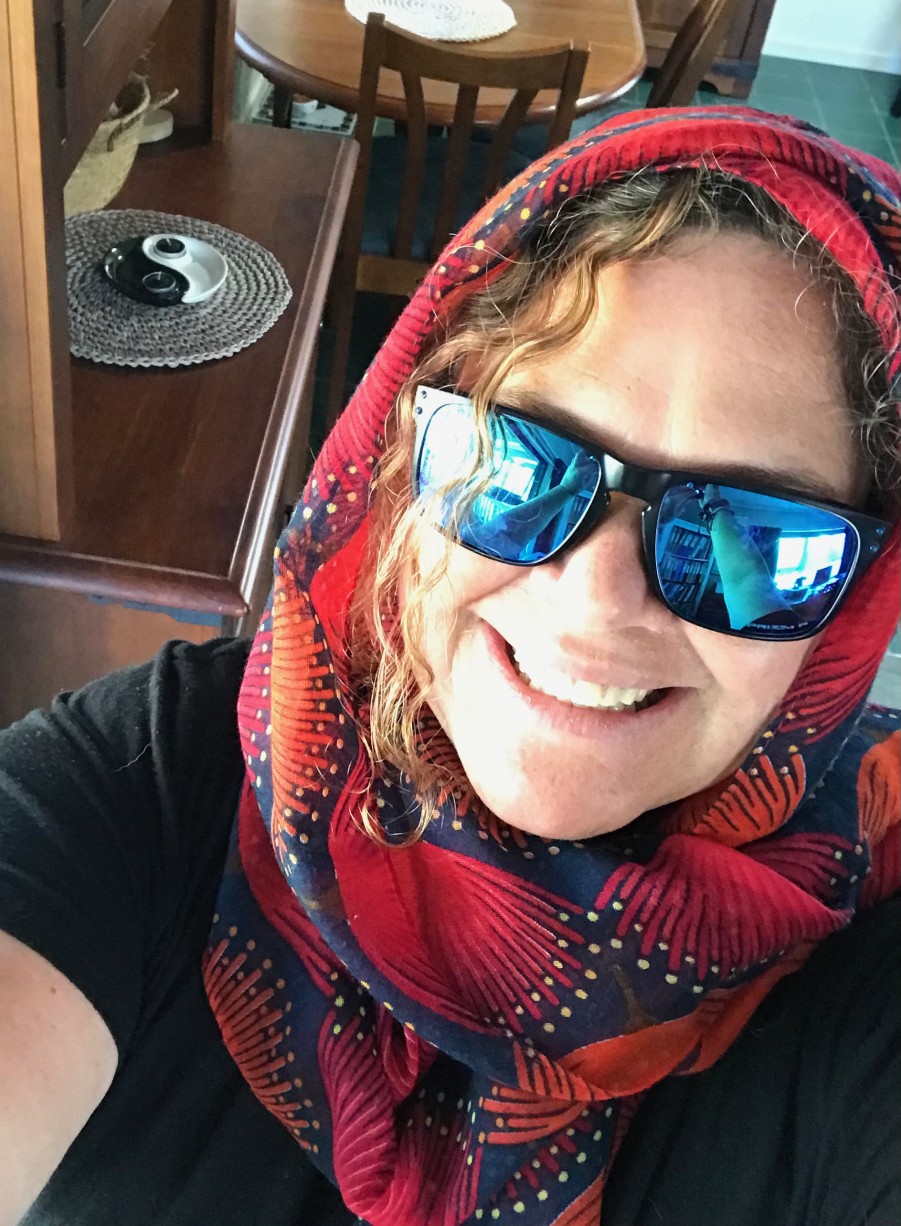 ● You’ve got special rock vibes, impressive indeed, Jaqi! But first, you’re a very inspiring person really, tell your fans more about your music career after the cancer journey in 2015.
Thanks. I had to move from the very bottom of the South Island of New Zealand up to Auckland for breast cancer surgery and family support at the end of 2014. As soon as I was set up I began to look around for musicians and studios that I could afford to start making my lifelong dream album. I’ve been writing songs since I was 7 years old and performing covers and originals for 30 years.

● As you know it’s a trendy world in which everything is short and fast, isn’t it a bit risky to release a 16-track album that may affect its promotion?
I was lucky enough to receive a surprise windfall so I found a great local studio – Kog studio and had a meeting with Chris Chetland. I didn’t know what a risk it was – I just wanted to smash out an album of my top most popular songs that I had played live over the years and make something that would be a great best of collection, reflecting my various rock fusion styles. I was able to hire a producer and session musos to take on the big project. The person I had arranged to help me with the release plans let me down at the last minute when I needed them so I had to figure it out myself. It didn’t help that Covid19 hit us a few months after the album release so my plans to perform live went out the window.

● I loved your children music releases too, what inspired you to do this?
I’m an early childhood/kindergarten teacher with a special interest in learning and teaching the Māori language. I was adopted out as a baby and over the years have found my birth parents and discovered my biological heritage as indigenous Māori on both sides. In New Zealand, the education success stats for Māori are low and I want to help change that. I also find it easy to write cute, catchy songs that teach language and facts to children.

● Tim Skedden had a great impact really for the album. How did you guys meet up?
Chris @ Kog introduced us and it turned out that we had a good bass player friend in common and had both originally started our music careers in Christchurch, New Zealand. He’s a very talented and funny person.

● Since everyone record and release music in their homes nowadays, in your opinion, a newcomer artist should consider a record producer for his release?
I don’t have the home recording equipment to make my own music. I could afford Tim at the time and I like that the songs all have his personal touch to them so we have a kind of natural consistency.

● ‘Trees’ music video is really nice, still, I couldn’t find any other videos. Are you aiming to film one soon?
You didn’t look very hard, I have a few on YouTube. I just revamped the video for Knock Things Over, have one for Amber View that got 132K thruplays and have another official video on YouTube and FB for Diversity.

● I loved all your 2020 singles, I have been wondering, why didn’t you consider collect them all in an album, or are you aiming for this soon?
My 2020 singles are singles from the album. Yes I do everything the “wrong” way but get there in the end!

● Finally, tell your fans about 2021 upcoming plans
Four new rock singles featuring Tim Skedden and drummer, Corey Friedlander (City Of Souls) have been mixed and mastered by Chris Chetland. These new tracks refresh my classic 90s grunge sound in the EP Guns Of Dialogue (GOD) due to be released in 2022. It opens with juicy folk/celtic rock masterpiece Am I Art?, followed by In Between – intense, moody electronica/rock reminiscent of Portishead and PJ Harvey. Dystopian pagan rock drives the EP home through Only Owls (Kriya) and goes out on a high note with the cheerful, You Would.
I have just completed the mastering for Guns Of Dialogue.This time I am going to release the singles from it first. I love all four of these tracks – they flow with poignant lyrics and feels that reflect mature depth and authenticity. I’m currently taking a survey to figure out which one to release next. I am up to applying for Government Arts funding to produce the official video for my rock-folk Celtic/Scandinavian style song Am I Art.