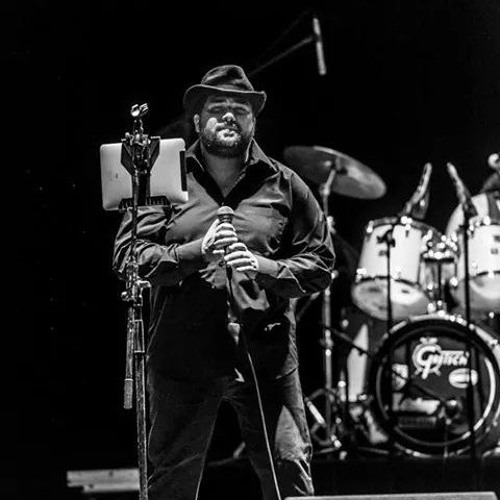 Gilgamesh is a band that performs an amazing variety of standard jazz covers; big band hits from the 30s 40s and 50s and also the good old Blues. The band is experienced in arranging the perfect entertainment for private events, hotels and venues, engagements, weddings, corporate events and valentine nights.

RE: Gilgamesh…Why did you choose this name? What’s its origin? And have you changed the band’s name before?

Hesham Blues: Hatem El Nemr chose it…Gilgamesh is a hero of Babylonian and Sumerian epic poems and no, we didn’t change it

RE: 7 years since your formation…So, let’s start: How did you form your band?

Hatem started the band in 2003 with some members. The band’s members changed a lot. And all of them left the

band except Hatem, who thought of reforming the band in 2006 with me, and then Ismael joined us in 2008. Later, all

of the other members joined us. When they first started, it was an instrumental band; mainly they were playing Latin

jazz. Now we have totally changed the color, and we are now playing old American jazz and blues.

RE: Which Bands or musicians influenced you the most?

RE: The Bibliotheca summer music festival, can you please tell me about it?

RE: With that amount of effort, any other live performance experience have you had?

Hesham Blues: Yeah, we had a live concert in 2008 at El Sawy Cultural Wheel. But in 2010, we had two live concerts in 14th August and 1st of September. The number of fans was increasing every concert. We will have a live concert soon in October 2010.

Hesham Blues: Yeah, we are preparing for an album next year, and we already have some originals but we haven’t played them live

before. One of them is called “I love”; it’s a swing jazz song.

RE: What about your covered songs?

When the Saints Go Marching In – Louis Armstrong

Georgia on my Mind – Ray Charles

RE: Practice makes perfect, do you have a set time each week in which you practice?

Hesham Blues: Yeah, each month we should at least have a rehearsal, and if we have a number of concerts in a short time so we

have more than a rehearsal of course.

RE: Of course everyone plays jazz keeps thinking of the somehow sleepy jazz scene in Egypt. Any comments?

Hesham Blues: Of course yes! I think that everyone who plays an odious music by the Egyptians is facing a lot of difficulties. But in

the same time, it’s the musician’s fault not the audience’s one, as a good musician should attract audience by his

awesome performance on stage, thinking of enjoying them regardless of their consideration.

RE: Any last words?

Hesham Blues: Thanks a lot for your concern