Canadian rockers Drop Top Alibi (DTA) was formed in 2016 by Brandon Gregory and Dylan Wykes, after recording their debut EP. Luc Ricci and Jeff Cox joined the band and their journey began. On the 18th of March, 2022 they released their latest single “Dylsong” which was produced by Graham Shaw (Crown Lands) and mastered by Harry Hess (Glorious Sons) and to make things interesting, they recorded it the old vintage way live off the floor which is PRETTY COOL. DTA described “Dylsong” as “most real and raw demonstration of what DTA is” and “the band’s most fierce and authentic song they’ve written.” So, we’re chatting today with DTA to get to know more about them and their new sound.

We all started off pretty conventionally. Zeppelin, AC/DC, Motorhead, Tool, RHCP, etc etc. As the band progressed, we all got into alternative and stoner rock together. Bands like Soundgarden, Queens of The Stone Age, Jane’s Addiction. It really helped point us towards this weird edge we’ve always had. Coming from Metal backgrounds especially, it acted almost like a halfway point for it all, the 70’s and 90’s mashing together.

Brando picked guitar after watching School of Rock, Dylan picked guitar because of his dad, Jeff was fascinated by the drums and Luc was obsessed with Flea from RHCP.

Live off the floor was always something that fascinated us, and truthfully we’ve been trying to do it for a while. We always knew we were tight enough to do it, but not a lot of people working as engineers and producers these days have experience doing it, and don’t want to do it. We were so fortunate to find Graham Shaw, he truly has become the fifth member of this band.

The main reason we wanted to do this process, was that our live show always blew away our studio recordings. We knew there had to be a way to capture the live energy on a recording. Turns out, it’s recording live! All the old records we grew up loving were done this way. This is how rock n roll is made.

One bourbon, one scotch, one beer, guitar time.

Only half joking, but usually Brando comes up with something. Sometimes it’s almost a finished song, but sometimes it’s just a cool riff. As the years have gone on, the writing has become a lot more collaborative. But, typically someone starts it off with a guitar riff. 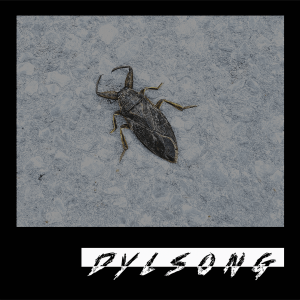 You’ve described “Dylsong” as the 1st release in the new era of DTA, how do you describe your new sound/era?

This new era is authentic and unhinged. We’re just being ourselves, in the rawest form. We’ve learned a lot about song writing, and we’ve learned a lot about ourselves. The result is some of the best music we’ve ever made, without pulling any punches. Covid was f***ed up for us, like everyone else. We got back to basics, we got back to why we do this. This new era is a constant reminder to ourselves of that fact. Just be yourself.

It was an honest expression of the state Brando was in during the first few months of covid. The world was upside down, and coping strategies were used. The painful awareness of your downward spiral, while lacking the desire to change it because reality is much worse. Despite all that, still knowing that it should be better.

We will say though…we have a lot of new music and have been very busy in the studio this past year. If you enjoyed “Dylsong,” stay tuned.

We have a number of things booked for the summertime and we’re hoping to get out on the road come fall 2022. However, we’re not putting all of our eggs into the touring basket, as this year is going to be very crowded. Our focus is releasing new music.