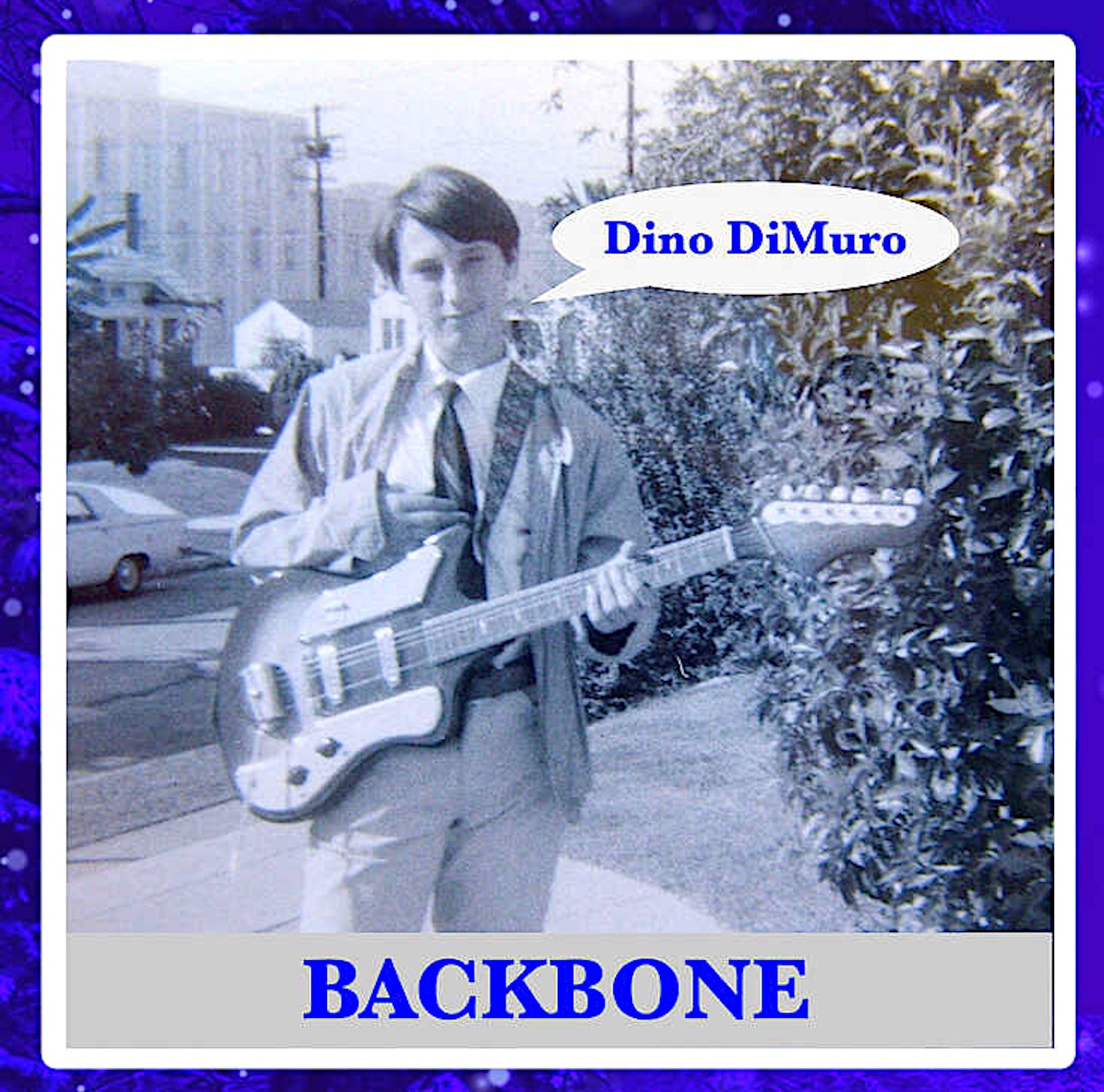 Dino DiMuro has been a special regular on REM and continues to startle us with his tasteful range of musical releases as he rocks his way up to continue making more hits and albums. Dino has been making music since the good old 80’s, with a plethora of influences in genres ranging from heavy classic, classical rock and folk. A self producing artist, Dino is the best when it comes to experience. He started as guitarist in a rock band, then started self releasing CD’s and cassettes and finally got into his career as a motion sound designer while making rock hits on the side. His music is immersive and always in style as we progress into a more electronic world, in which he also is a strong participant in by being a fabulous sound designer. If you’re looking for the man behind the exceptional soundtracks of Narcos, it’s our dear friend Dino who’s behind this amusement!

That song was from an unfinished concept album based on my own book about my best friend, whom I call “Elmwood” (available on Kindle). So, there were many songs about meeting Elmwood and finishing grade school with him, but this song concerns the earliest part of that tale. These stories are easy to remember because I started writing about Elmwood just a couple years after these events, and never quit.

Sadly, Rock is no longer a viable career path for most young people. You can play shows and put out music, but your share of the audience will never be what it was in Rock’s heyday. Of course I would say if Rock music speaks to you, you should do it. A younger person can certainly make it work more easily than an older married person with house payments. I personally have no other language for own my music than Rock, though some of my songs veer into baroque or classical just a tiny bit. I was never able to support myself through music: my main job was always movie and TV sound effects.

Well, that’s easier now because I’m no longer working in the sound industry. It’s all my own music, aside from reviewing for the Pitch Perfect site. I might still have been doing some movie or TV work but Covid made that difficult even for current sound designers, so I’m way at the back of the line now. But what inspires me to keep going is simply that I built up a huge backlog of songs and music over the years – at least 30 hours – and I want to commit the best of those songs and ideas to CDs and online. For example, this Backbone song was started literally 18 years ago. Not to mention my new ideas!

I would describe my music as avant-rock with classical influences. I wish I could say I was prog rock, and there’s moments where I almost make it, but in general my structures are not experimental enough to claim that genre. Though I personally love that style of music, I know most listeners don’t have the patience for it. So, I use just enough of those progressive tropes to keep my stuff interesting, then pull back to a more standard rock format.

There are some challenges. You have to work extra hard to make sure your music is technically listenable. With another set of ears, there’s someone to reaffirm what you think you’re hearing. But whatever benefit that might be to me, I also chafe at other peoples’ opinions. For example, I sometimes send tracks to SubmitHub, and one playlister’s feedback is often a total contradiction of another’s. “The vocals are great!” “The vocals are weak!” etc. So in general I trust my own judgement and I do pretty well.

If we’re talking about my own albums, I’d have to mention the CD “Train Going Nowhere.” It was designed to be a straight-ahead rock album, quickly recorded, with a lot of guest musicians using a fully professional 24-track studio. That’s mostly what happened, but my wife at the time cut off my funds halfway through, meaning I couldn’t go back to the 24-track tapes until I sold off most of my record and CD collection to pay for studio time. As a result the album took a ridiculous five years to complete. It’s my only true studio album with awesome mastering, but the songs were meant to be simple and quick, so nothing about it turned out quite right. But I can still enjoy it.

Well, if we go all the way back to when I started recording at home, there’s two problems that crop up being a home taper. Number one: it’s more than likely you have a pedestrian, mediocre singing voice. It may be unique and fun, but it’s not commercial. If an artist can really sing, he will most probably seek out a working group who will appreciate his vocals. Number two is that it’s very hard to find drummers, and in the old days there were barely enough tracks for yourself, let alone for recording a big 8-piece drum kit in stereo. Thus, many home tapers used drum machines or samples. Eventually I began to use drummer friends of mine on certain albums. I had three different drummers who appeared on multiple albums. But logistically it’s still difficult to get a drummer and find a way to record them, and they are not always available. Besides that, it was always my dream to get my own kit and drum for myself. I finally got my drums over 12 years ago, and with each album I’m trying to improve my drum sound. I’m not the greatest drummer, but I know what I want and I’m available 24 hours a day!

My favorite work story was right after my classic 1970 Mustang got rear-ended and I had to sell it to a local junkyard. About a week later I was asked to help out a friend at 6:00 AM on an HBO “Tales From The Crypt.” He gave me 10 minutes of film to work on (this was before digital). A scene in a junk yard came up. I thought: “Hey, that’s the same junk yard that bought my Mustang!” Cut to the actors doing a scene right in front of my Mustang! I could tell it was mine from the window stickers. I said to my boss: “Hey, that’s my car!” He said: “What’s it doing in there?” The thing is, this was a totally random coincidence for me to get that particular reel of film. I never would have known otherwise. I snipped a couple frames for myself and now you can find that episode on youtube.