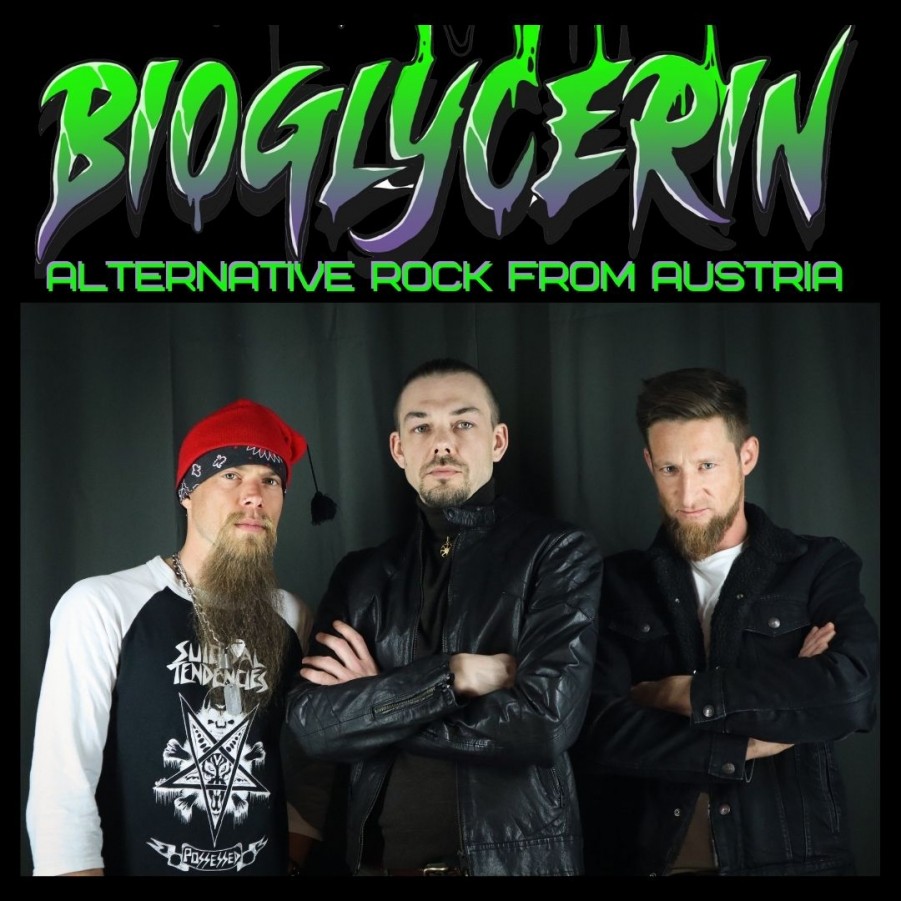 ● Hey, guys! First, I salute you for such original rock vibes! Well done! You started as a cover band but you’ve got an opportunity from a studio which was the turning point for the band plans, right?

First of all, thank you for allowing us to be featured on your blog, you’re helping the rock scene to stay alive and kicking.
Yeh, we started as a project to prepare a corporate gig for a Brazilian company we all worked for in Vienna back in 2017. In return for such a favour, the company hired a rehearsal space in Vienna for one year for us. After this great show, we thought that we are capable of more than just pop-rock covers and started working on our songs and sound.
Now we already have our small studio packed with our gear where we rehearse and record our songs and also help other local bands with their productions.

● You have great singles over there, but I was wondering, why you didn’t consider releasing an album yet?
Nowadays albums have become a rare thing. Music lovers prefer to save one or two songs from an album into their streaming playlists anyway. For a band that is not yet a household name, it makes more sense to remind the audience about their existence several times a year with every new single rather than just once with an album and then disappear until the next album is ready. Yes, it’s more work but this is the game nowadays.
At the same time, we will soon have enough good quality singles to release a collection on vinyl and maybe even cassettes as merch. Once we get more fans on board we will start thinking about conceptual albums. Maybe next summer already

● Although, I see you have a very tight harmonic music structure and a great choice of featuring ZASCHA as well. Still, aren’t you considering other instruments someday?
Currently, we act as a classic trio of Marko FJ on drums, Paulus Unterweger on bass and Dima Sounder guitar/vocals. Another important member of our team is Andrey Melnikov who is helping us record and mix the songs.
Time-to-time we invite our friends-musicians to take part in productions and as guests on our live shows. For example our song Wolf has a unique sound of jews harp in it. You’re right, a lead guitarist or a keyboardist would also be a good supplement to our current sound permanently. So if anyone reading is interested, please, welcome for a jam in Vienna )

● On YouTube, the ‘Wonderful Life’ music video is nice, but are you gonna film any other soon?
Wonderful Life wasn’t a planned music video. ZASCHA was filming his pandemic live performance at one club in Vienna and since we already had him featured on this song, we just came to his gig and played it all together on camera. Music videos in our opinion should be perceived as another form of art and should tell the story in the first place, like our earlier attempts with Smiley Face and even earlier Ahasverus. These videos demand a lot of preparation and production efforts but you are right, by now we have accumulated enough new exciting stories to share and should film another piece this year or at the beginning of the next year.

● You were very keen to provide music diversity in your composition, was this planned for the early stage when you decided to go for original music?
We are big music lovers ourselves and as listeners, we constantly want something new, if not in every minute of the same song, then at least every other song should change the mood and recall different emotions. For us as musicians this approach also opens a lot of doors for merging different rock and metal genres, experimenting with sound and constantly moving forward, developing and growing. At the same time, we try to keep our identity in some other forms, like our Purple and Green series of singles in 2021 has cover artworks that are unique for every song but fit well together in colour and style. In the end, finding the balance between diversity and preserving our unique and hopefully one day, recognizable identity is something we want to achieve on our musical journey.

● I noticed that you have diversity in your lyrics too, what lyrical topics that the band mainly focus on?
Lyrics are a very contradicting topic. The majority of the people don’t hear the lyrics, at least from the first time they listen to the song. On the other hand, lyrics are one of the two core components of the song. The main idea that we share with our listeners is that the world has different extreme dimensions, like angels and demons, love and loneliness, alcoholism and shamanism. People get magnetized by these extremes very fast and then have to deal with consequences like mental illnesses, addictions, anxiety, conspiracy or even turning into sociopaths. Again it’s all about the balance – one should try everything in life, be brave enough to go as far to the extremes as possible but also be strong enough to come back to the golden middle.

● Since the mid-80s and the Austrian rock/metal scenes are considered as one of the most influential music scenes across Europe. In your opinion, how is the music scene over there recently?
Austrians often look at Germany as their bigger brother, where the rock and metal scene is still quite strong. Indeed there are quite a few emerging rock artists in Austria that are touring across Europe all the time. In our alternative rock niche, we think Mother’s Cake is a good example. We meet and bond with many local rock bands at festivals and club shows. Also, there is a national rock radio that features songs of Austrian bands every day, so yeh, Austria is small but rocking.

● Finally, thank you for the chat and tell your fans about your 2021 plans, especially that the live scene isn’t active enough recently.
As we mentioned, our focus is to release several more singles and press an exclusive LP on vinyl. We’ll think about a new music video, thank you for reminding us, meanwhile, we’ll continue making short-form content on our Instagram. Ideally, we find another guitarist or keyboardist and start preparing for a small euro tour somewhere next year. Big thanks to you and to everyone who is supporting us on our journey!
Cheers!
BIOGLYCERIN