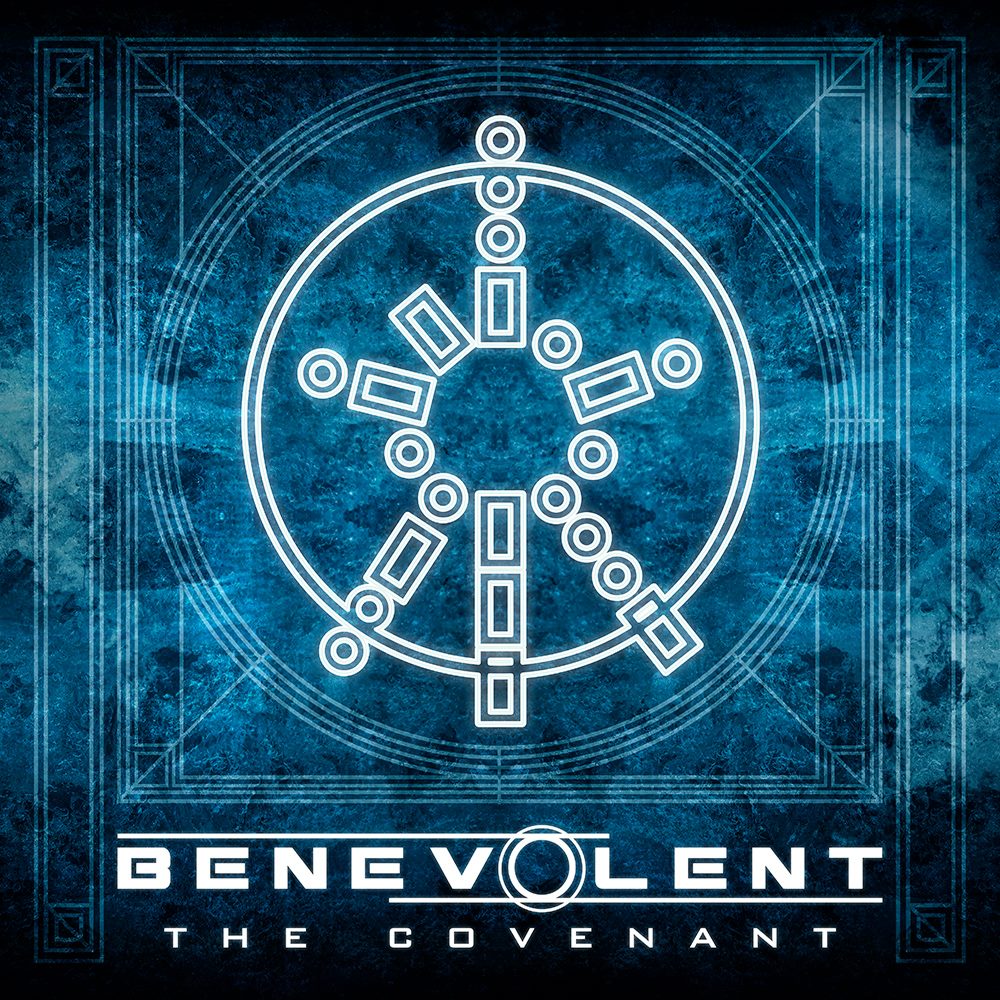 Let’s know more about the trio, Fadi Sarieddine and Hadi Sarieddine from Lebanon, and Mohammed Gad from Egypt, who all met in Kuwait back in 2005 at the university.

So, how did you guys find each other and decided to start a band together?
Hadi: It started in 2007, it was just Fadi – my brother – and I wanted to start something, believe it or not, we started as an acoustic cover band; In 2008 we released a song, which was kind of Pink Floyd mixed with Opeth’s “Damnation”, with clean vocals, no growls at all. And then we guess, we got angry throughout the years.
Mohammed: Ways escalated way of out proportion!
Hadi: Our expression changed, since Gad joined the band, he came in as a session bassist. He was a good friend at college, and I knew he was a killer guitarist, so I thought why not? We wanted to go live since we launched our first album “Divided” in 2010. After that, the guitarist we had left, and Gad was our choice, and I wanted someone I could trust. And, from a guitarist perspective, you need both guitarist whenever you play live to be able to hold the ground and inspire each other. Whenever Gad is on stage, I know he’s playing on the other side; I feel great and ready to go that extra mile.

When you all got together and formed the band, how did you decide this genre?

Hadi: I don’t think you choose the genre, the genre kind chooses you! We never actually sat down and said “Listen, let’s do this and this.” The only thing that we discuss, when we make music whether it sounds right? Gad and I had a long video chat a while ago just working on one of the songs, and few seconds in the song we kept going back and forth, listening to versions we made of it, to see which suits it better.
Till recently we didn’t know what Benevolent should sound like, we just created the sound as we go. The only thing that we go with is “Does it feel right?”, “Is everybody satisfied with how it sound?”, if not, we work out somehow.

Tell us what does each of you play, and why did you choose this specific instrument?
Mohammed: I play guitar. I started playing when I was 16. It looked like a really cool instrument and I immediately chose it. No more deeper explanation for it! When I thought of metal at that time, I thought of guitar. However, now I think mature, there’s more to metal than just guitar riffs.
Fadi: I started with clean vocals when I was young. I had a vocal teacher when I was around 4. I stopped because of moving, until in university, I started singing mainly James Hetfield and then I started listening to kind of darker music with growls and I started practicing growling more and more. And I really like what I’m doing.
Hadi: I picked up the guitar, in early teen years – 14, 15 years old – I had a classmate who played Spanish guitar and I loved how it sounds. That was the same time I started getting into metal, and I got curious. I bought myself my first guitar and I toyed up with it, few time later I bought an electric guitar and that’s what when thing got real. I started learning techniques and practicing for a lot of hours.

Do you think if you went back in time, would you choose another instrument?
Mohammed: I like that question, but probably not. I’m really content I chose to play it.
Hadi: I’d see myself playing the drums! I’m not sure if I’d actually go through it. Actually I owned a drum set for a while, but I ended up selling it, because I didn’t want to leave the path of guitar.

How did you come up with the name Benevolent? And what does it mean?
Fadi: What happened was, we had a band earlier and it had a really lame name. And one night we sat and we thought we should change the name. We thought we wanted to present a cause; an angry cause that comes from a positive background. We started playing with words and coming up with names and it went on and on and on till we came up with the name Benevolent. And it means “With good well” and it’s from a Tool song, called “Jambi”.

Do you find difficulties when every member leaves to another country? How the process of rehearsing happen?
Mohammed: We usually go on video chats, grab our guitars see what’s going on. We finish most of our records remotely.
Hadi: It works. When your heart and soul is into the project, it’s impossible not to work. Your only option for it is to work! However, we were pretty fortunate on this record, because I did most of it before I left Kuwait. Only some bass was left, so Mohammed would fly down to Dubai just to record the bass. I recall recording 3 songs in 24 hours! O-ding on Caffeine drinks! With the remaining guitar solos, he recorded one of them when he came to Dubai and the other solo was recorded in Kuwait and he’d send the file and I’d master them.

What does your lyrical theme sound like?
Hadi: We always try to have a positive end to the song. We write about different ideas, mostly fictional, parallel universes. We turn personal stuff into metaphorical words. We try as possible to keep stuff so you can take a certain thing from each track that leaves you with a good vibe. However, a track like “The Tyrant” is one of the darkest tracks that we’ve done. But there’s definitely darker stuff on the new album.

How do you think your lyrical theme differed in the second album?
Fadi: The new album is not really a concept album, but it revolves around a similar topic; a guy going through an inside journey. Which I believe, that everyone needs to go through any kind of a journey to discover his true self.
The theme doesn’t only show in the lyrics, but also in the music. What happened in our real life affected the how every single song was written.
Mohammed: My lyrical input; In “Heathen” is kind of religious, talks about God, believers and doubters. They are pretty dark with deep meanings as in “Ascension” and “Rebirth” but end optimistically.

On mentioning the second album, what does “The Covenant” mean?
Hadi: “The Covenant” basically mean an agreement. So, with this record, the basic theme was to make a covenant with ourselves. Like stating in the themes earlier, we’re also discussing our problems such as anxiety, ascending from heaven, transformation and starting a new era, and so on.

How do you feel about your second album “The Covenant”?
Hadi: We feel more mature as musicians. Yes, we are still discovering our sounds but we also know more sounds, compared to the first album. The second album is next Benevolent chapter. There’s a lot of experimentation, there’s a lot of growth, and it’s really heavy, more progressive. Very difficult to play, and very challenging. We actually had to calculate some riffs, that’s how complicated it was!
To me, it’s literally taking a part of our souls and turning it into music.
Fadi: It’s giving us a lot of confidence to go that extra bit that we didn’t go earlier.

We know that you have Andols Herrick on the 2nd album “The Covenant”; How did it happen?
Hadi: Andols posted on his Facebook fanpage a while ago that he’s taking some session work, I immediately sent him a message, giving him the links and pages to the band, and casually asked “Are you interested in working with us?” He replied saying, that he loved the music and he’s down for it. Which is completely crazy for all of us since we are all huge fans of Chimaira. Just the fact that he likes our music was insane!
So we set it up, we said we’ll do one song, but we decided to go for the whole album. We finished writing the songs, send the tracks of scratch guitars and all of the other needed instruments and he’d record the drums.

The cool part of is, that he would record himself playing drums and send us the videos! Asking us, “Hey, tell me what you think?!” Really? I don’t even know what to think. He’s very down-to-earth and such a cool guy! I can’t believe it’s true.

So you guys are making a movie about your album? Tell us about it.
Hadi: Well, it’s going to be a 10 to 15 minute containing a collection of footage, talking about the album, the process of recording. We’d like to connect with our fans of how we function and what the songs mean to us. We’re not sure when it will be released but hopefully in a couple of weeks. It will be released on YouTube for everyone to see. It’s sort of “behind the scenes.”

Few weeks ago you released a teaser for the album “The Seeker + Radiate” on YouTube. How were the responses?
Hadi: The responses were insane! People reacted exactingly and they love it. It’s giving us even more confidence.
You have such a kickass album cover. Tell us about.
Hadi: The concept at first was to have an emblem of the band. Two of our good friends worked on this album, Adel Kerbouchi and Edi Udo who was responsible for the Album Art. The logo says Benevolent in Morse Code.

Do you think you faced obstacles when forming a band back in Kuwait? How’s the music scene there?
Mohammed: In Kuwait, you can’t have metal gigs at all! You could only have a classic rock or a soft rock show, a hard rock show if the guy is suicidal! Dubai and Egypt have pretty much an established metal scene!
Hadi: You either sit and think of obstacles, or you can come up with solutions and think what will you do about it! Like look at Nervecell, Scarab and Myrath and others who made it!

Do you have any collaborative or side projects?
Hadi: I played session bass with Anuryzm at the Dubai Rock Festival 2013, they are a lot of fun to share the stage with. As a side project, I do my own covers and upload them on YouTube
Mohammed: Since it’s almost dead in Kuwait, I do a show every now and then with a group of people.

Who do you want to give final shout outs to?
Hadi: I want to mention Ignite amps who are great supporters. The guys from Anuryzm, Nervcell guys, and everyone who listened to our albums and shared it. Thank you so much for taking the time and interviewing us! And we can’t wait to see it online!