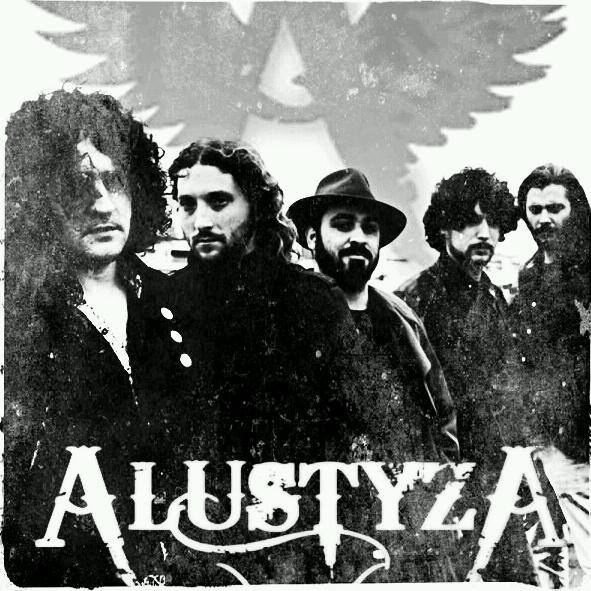 Spain! Famous for their awesome Mediterranean beaches, Flamenco dance, and rock bands! We reached the guys from Alustyza and had a fun interview with them. They are a five piece indie-rock band originally formed back in 2009; since then they have taken on new band members and now the full line-up consists of:

The band’s first studio album Transmigración was released in 2009, followed with 25 concerts between Barcelona, Madrid, Zaragoza and Valencia with bands like The Brides, Romeo and El Portal de Jade. In 2012, they began recording their second album Mayday, launched in 2014. However, due to spanning internal problems, the band split up. Months later, after the refusal of the former members to redirect the group, Xavier Alustyza, started recording Esperando el fin del Mundo – which literally translates into Waiting for the End of the World, which will be the third album Alustyza, Later on, David Galiano, Alvaro Joakim and Edu Huerta joins the band. In November 2015, they started Esperando el fin del Mundo in Madrid, which will include countries away from their national territory, incorporating with Pedro Morales as a new member of the band….

Hi Xavier and Pedro. Thanks for agreeing to have this interview with us. Lets start at the very beginning, where does that name come from? Can you give us a brief history of Alustyza?
Xavier: The name of Alustyza comes from my artistic surname. At the beginning, the first album was signed as Xavier Alustyza because it was the first one of my solo music career. But when we started to play concerts, I saw that the sound was so good and I wanted to establish it as a band.

Who are your musical and non-musical influences? Or what inspired you to write and play ROCK?
Xavier: There are lots of influences inside; rock influences and non-rock influences. We like so many genres of music and rhythms, and we try to work with them.
I don’t think there’s a reason to play rock. We play music that was born inside us.

Who writes the songs? And give us an insight what are they about?
Xavier: So far, I’ve written all the songs. They’re about self-experiences, things that have happened to me, thoughts. You could say our lyrics are very autobiographical.

What are your dreams and goals?
Pedro: Our dream is to play our music around the world. We want our music to be listened by everyone. 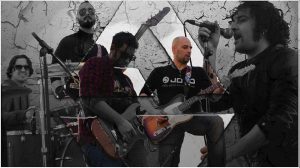 How do you promote your band and shows?
Pedro: It is easy, with the social networks, radios, and magazines fundamentally. Today it is easier to come to people than a few years ago by sending our songs and shows to all radios, TV, web-magazines and magazines

Describe your show, visually and musically…
Pedro: It is an entertaining show. We all move for the scene. We are very energetic. We try to transmit all the energy of the moment
Xavier: As Pedro says, we try to transfer our passion.

What do you think about downloading music online?
Pedro: It is a complicated subject, on one hand, it demonstrates the interest of people to listen to music, but on the other hand, it holds an artist back from making money. In these days, the bands have to assume that the benefits have to come from the shows and not from the sale of CDs or legal digital download.

What’s your outlook on the record industry today?
Pedro: The bands must forget the big record companies. They do not bet on newborn talents for a length or a medium term, what they only want is the immediate benefit. It’s a shame.

Why do you think Spanish bands are as not as popular as bands from other countries?
Pedro: I do not believe that it is completely true; but rather it answers to a statistics. Spain has 40 million of population, if you compare it with USA or Great Britain, it has 6 and 3 times the population of Spain this is the result. Another explanation is due to the musical education. Spain does not have a strong musical education. Of all forms, Spain is a powerful country inside the market of Latin-American.
Xavier: I think quite the opposite; I think it’s true. Spanish bands aren’t as popular as Americans, but it’s because of the Spanish bands. They think that they only can sing in Spanish in Spain. Others sing in English to have more audience. Others try to have market in Mexico or other countries, which also speak Spanish. But these thoughts are wrong. Music is a universal language on its own. Our music has been heard in every country. If a band doesn’t believe in what they do…nobody will believe in them. 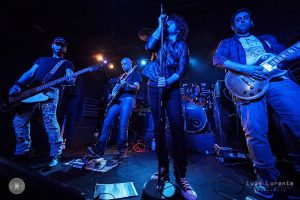 I listened to the album Esperando El Fin Del Mundo, it has wonderful melodies songs; how can people get hold of your music?
Xavier: People can listen some singles on our YouTube channel. The other two records can be found on Spotify, iTunes, and Google play.

What is your favorite song off the album that people should listen to first to get an idea of what your band is all about?
Xavier: It’s not an easy question because all of our songs are different. From this new album, maybe a song called ‘Un grito en el cielo’ would be a good start.

Do you have any last words for fans, or potential new fans?
We hope who will listen to us enjoy our album

What do you want to say to the Rockers out there?
Pedro: Enjoy. Enjoy the music, enjoy the shows, enjoy recording a song, and enjoy your friends playing in a garage, in a local event, in a pub, on the streets. The music is for everyone to enjoy.