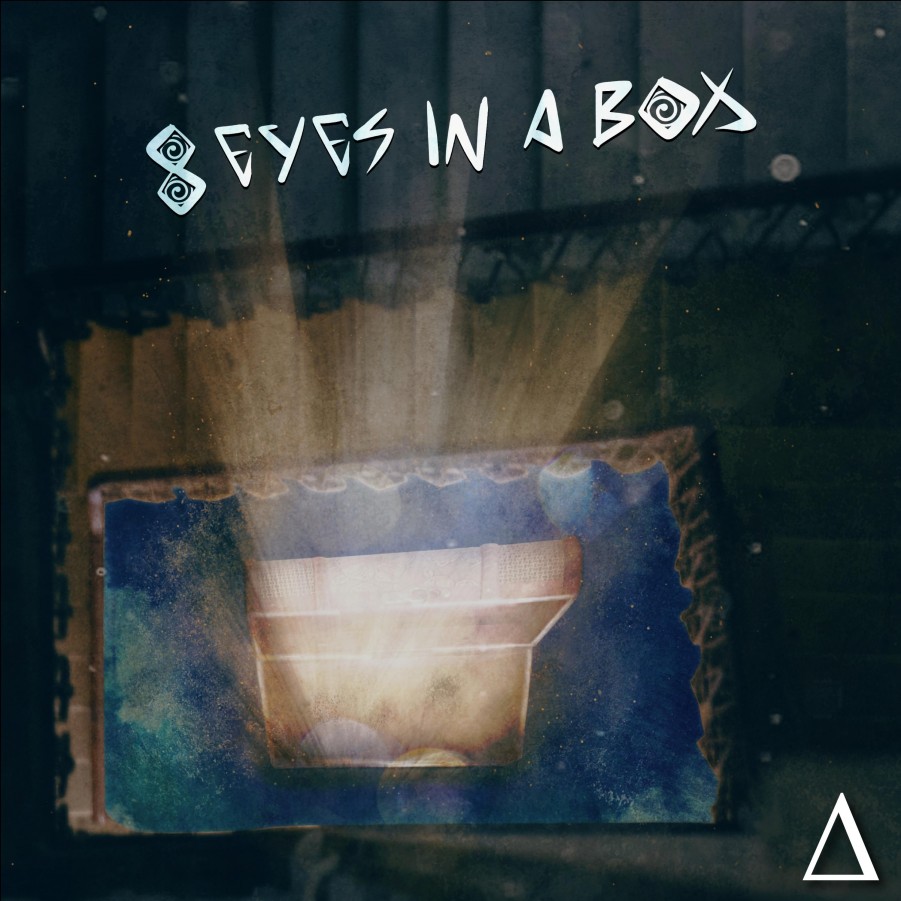 First, I salute you for your metal vibes indeed. Tell me how did it all start and why such an interesting band name?

It started after a jam session for GenoSide, which we are both members of. We sat down and had a conversation about how our music tastes are very similar and agreed to start writing music together and in the space of a week we had sat and finished more than 50% of ‘Delta.’ The band name is actually a mixture of ideas that we had, we first wanted to have something relating to a box or some kind of container as we haven’t really decided to follow a certain mood or subgenre. So we view the upcoming album or EP as a box that you can shuffle and find different kinds of music. The 8 Eyes part actually comes from the fact that we both wear glasses and that was a joke thrown at us by one of our close friends so when we merged the two we thought the name was interesting and unique and just went with it.

‘Delta’ is your reflection on how the Egyptian culture has changed over the years. Can you please elaborate on why Delta and not another province in the region?

The Delta is an area that the older Egyptian civilizations were centered upon and that’s why we chose that to symbolize one of the lost identities throughout the test of time.

The song lyrics are a bit confusing, especially that it’s in English and another language, can you elaborate its concept?

The other language in the song is Coptic and it’s one of the older Egyptian languages that was spoken throughout a big part of Egyptian history. We then switched to English because metal is an international genre, and we believe that, in order to reach a wider demographic, there should be some English lyrics involved.

The translation of the Coptic parts:

Mathetees ne etsa khon moon anon ne ni esmi pahoo: Decipels within us, we are the voices of the past.

I noticed there are incredible variations of styles and arrangements. Was it planned during the songwriting process?

The whole idea of the song came out of a guitar riff that Mazen brought to the table, and then each of us started adding ideas to the song. None of the variations were planned. We had just planned the structure the song was going to follow and there were many ideas that were introduced before reaching this final product. The song was built like a LEGO with idea upon idea being added.

The two of you are doing a great job indeed, but I am wondering if you are aiming to add new members soon?

We are aiming to add new members for sure. We are not guitar virtuosos and we both have our weaknesses. We know our strengths very well, but eventually we will need new members to complete the circle. Possibly a lead guitarist and a drummer. The down side of this part is we don’t know if the writing process will be as smooth as it is with just the two of us.

‘Delta’ is your debut, so if it’s part of an upcoming album you will focus more on similar topics in our society?
Maybe Delta will become part of an EP, but as I said above the whole idea of the ‘Box’ is that you won’t expect what’s coming next. We don’t know if the lyrics will be about the same topic, but the songwriting and the structures definitely don’t sound the same.

The lyric video expressed your idea perfectly, still, are you aiming to release a music video soon?

The idea crossed our mind and we believe it would add more richness and get the idea through more effectively, but we believed it’s a bit risky to do that with a debut single. Maybe somewhere down the road after releasing an album or EP we can go back to that idea.

Finally, tell your fans about your 2021 plans, especially that the live scene isn’t active enough recently.

Our 2021 plans would be to focus on releasing more music and adding new members, we wouldn’t really focus on a live show with just one track to offer. So our best bet would be to come up with more music. Being in the second half of 2021 already, we would say that that album or EP would come out in late 2022.