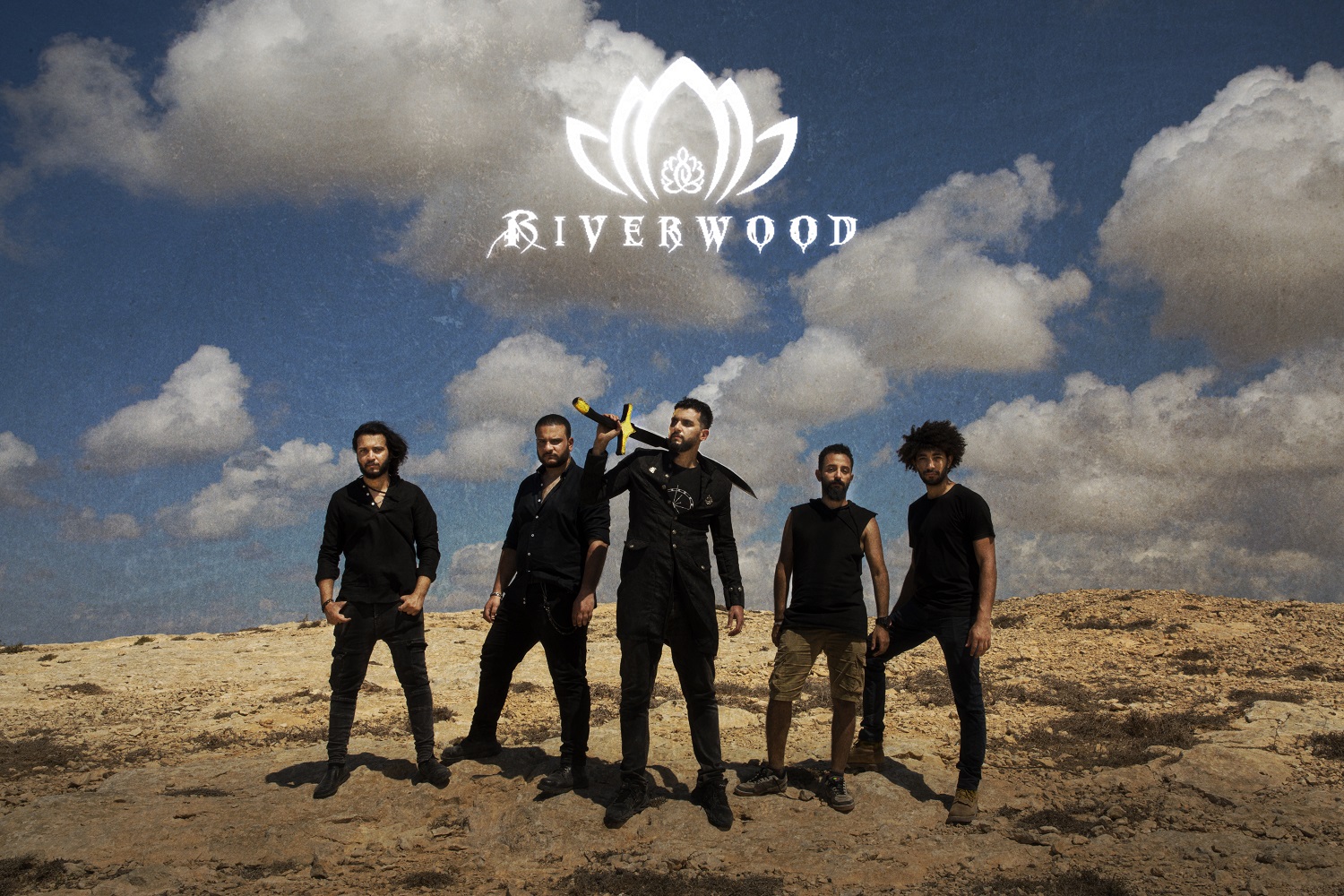 When you look at the album art, you can trace that this album is just a journey into medieval times with its early concepts as the trees, nature, cold, scholasticism, queens and knights, and love and war. Riverwood founder, vocalist and composer Mahmoud Nader told us “It is my pleasure, inspiration, historical stories, and fantasies. I have always been a fan of Medieval themes ( music, games, movies ). I thought it is best to introduce it in our album which in humble opinion gives it more colors and dimensions and makes it different to the human ears.”

Regarding the story of the album, “It’s based around the medieval era during times of war and tells a story of a girl named Elise who has been suffering the loss of her loved ones to war but a far greater destiny awaits her. Thanks to my friend Rawan Muhammed who has done a fantastic job pulling it all together with me.”

This impression confirmed with the intro of the album “Believing”, a short instrumental track like striking forgotten chapter of history and life. Moving to “Poisoned Love” which is one of the band’s hits, it is regarded as the real taste of Riverwood catchy oriental riffs scripted in the melodic sense of progressive music with interludes of Heavy music. Riverwood chose “Poisoned Love” to be filmed, so we asked the band about this decision,

“We had a hard choice between “Poisoned Love” and “Fairytale.” I’ve always thought it should be “Poisoned Love.” It’s the first song of the album, and one of the earliest tracks we composed. Personally, it’s my own favorites,” he explained.

Then, Mahmoud continued, “It was really challenging to film the video at night with real drums and guitars hoping neighbors won’t kill us (laughs). We’ve had to travel so far to the Edge of our home town to film the video with all this equipment which is a challenge for an independent band like us. We are really glad we have overcome it.”

Next are “Nightfall Overture” and “Mot ditt Ode”, They are well-composed tracks, they carried different musical moods with a sense of enjoyment especially the band managed to add the oriental parts well without disturbing the structure of the tracks and their combination between clean and growling was really good.
I am starting a new paragraph for my most favorite track “Marionette”! Highly emotional melodies drive the feelings to interact with the song. Colors of depression and sorrow and brokenness have existed in the song. “Gates Below” was like an outro from this mood of calmness and sadness, from colors of black and blue to colors of red and yellow, power and energy.

“Fairytale” which is the album title comes in the middle of the albums as the jewel of it. A very beautiful track enhanced compositional talents. Moving to “Queen of Night” is a nice acoustic track as an interlude. “Lost in Nature” as I mentioned above it is a Medieval time sign, as Medieval people always engage themselves in nature as a living part of life and it has a position in the chain of being! So, you can feel that the rhythms of the song are vivid and fresh, various and harmonious. Finally, “Mot ditt Ode pt. 2” is the most professional track in the album, there is a clear sense of enjoyment and harmony in the music, in the vocals, in the music, in the structure.

Summing up, “Fairytale” is a beautiful and a well-composed album! It is great to listen to such an album from Egypt. It is various, gives you the impression of wandering between different chapters from history. Medieval mood scripted in wonderful tunes from Heavy Metal to deep progressive energetic riffs, to alternative and acoustic interludes.

Mahmoud Nader told us about the band’s reaction towards the huge success of the album, “that was actually unexpected, thanks to our second single “Queen of the Night” which was ranked in the top 10 songs on Anghami for a month back in September 2018.”

The album is somehow deep and attractive, and the band managed in engaging the oriental parts well! Marionette is my most favorite one, it is a brilliant track! But the well-composed one is “Möt ditt Ode pt. 2” good job Riverwood Band. Finally, I will give the album 8.5/10 because the quality of the release needed to be somehow better, but anyway KEEP GOING, guys!!

We continued talking with Mahmoud about the latest concerts Riverwood performed in Cairo and Alexandria with Medic and Wujood. “Our first show in Cairo and I was surprised by the warm welcome we’ve received. I’ve always been a fan of Ayman Khalifa’s Music. He is one of my Guitar Idols. So, it was really great to share the stage with him, and the band did an amazing performance as usual.

As for our night with Medic, it cannot be described with words. It was a Magical Night despite some challenges that were met before the show but we have managed to make everyone who has attended the show really feeling happy .. I must Thank Medic’s frontman Ehab for helping with the sound setup and all as I admit I’m really bad with such things 😀 but Ehab didn’t leave the stage till he made sure we are all good to go with the sounds. Finally, I hope to share the stage with many Alexandrian bands as Mythos and Odious.”

That was our thoughts about Riverwood‘s “Fairytale” with some explanations from the band’s founder and composer Mahmoud Nader.

Written and Edited by Rana Atef