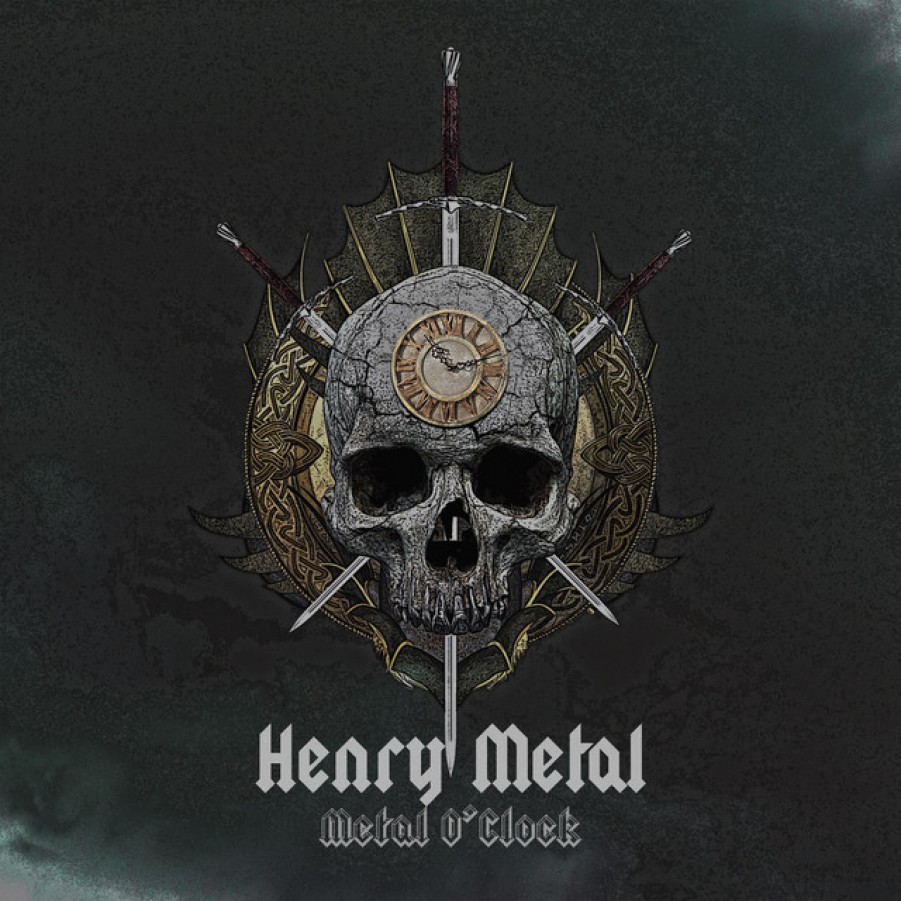 It’s not very common that a band have released more than one album per year, imagine then four full-length albums! Henry Metal  is one of the most surprising acts in 2017, releasing their fourth album this year, a couple of months ago in August, Metal O’Clock.

All tracks are really easy to listen with a nice variety of style and techniques. I should also mention that they were very keen for melodic riffs and hard drum beats while writing this album. They actually implemented it perfectly. As I am an admirer of their music and style, I like also their promotional plan for marketing their music. They presented “Thrash Your Head ” as the album official music video and “Thank God for the Government”, “I Don’t Care”, “Odin”, “Gettin’ Messed Up” and  “For the Love of Freyja” in a well-made lyric animated videos.

I’d like to talk here about the beautiful raw guitar distortion sounds that melt very well within the powerful riffs. I believe that one of the major attraction points for this album isthe album mixing along with music, of course. Moreover, I enjoyedall the solos really it’s based on a melodic, harmonic and shredding pieces that give you a real eargasm.

Going back to the music video; I really enjoyed it when painted faces as it’s rare to watch these days. It reminds me of the golden 80’s era especially the iconic style of King Diamond.

Mainly the lyrics are sarcastic but they are so fun and catchy too. Frankly, I enjoyed the album so much, however, I have one negative note on this album but I couldn’t help but notice that bass wasn’t clear in their music and I hope they work on that in their next releases, but for sure I am gonna add it to my 2017 heavy metal favorites-list.