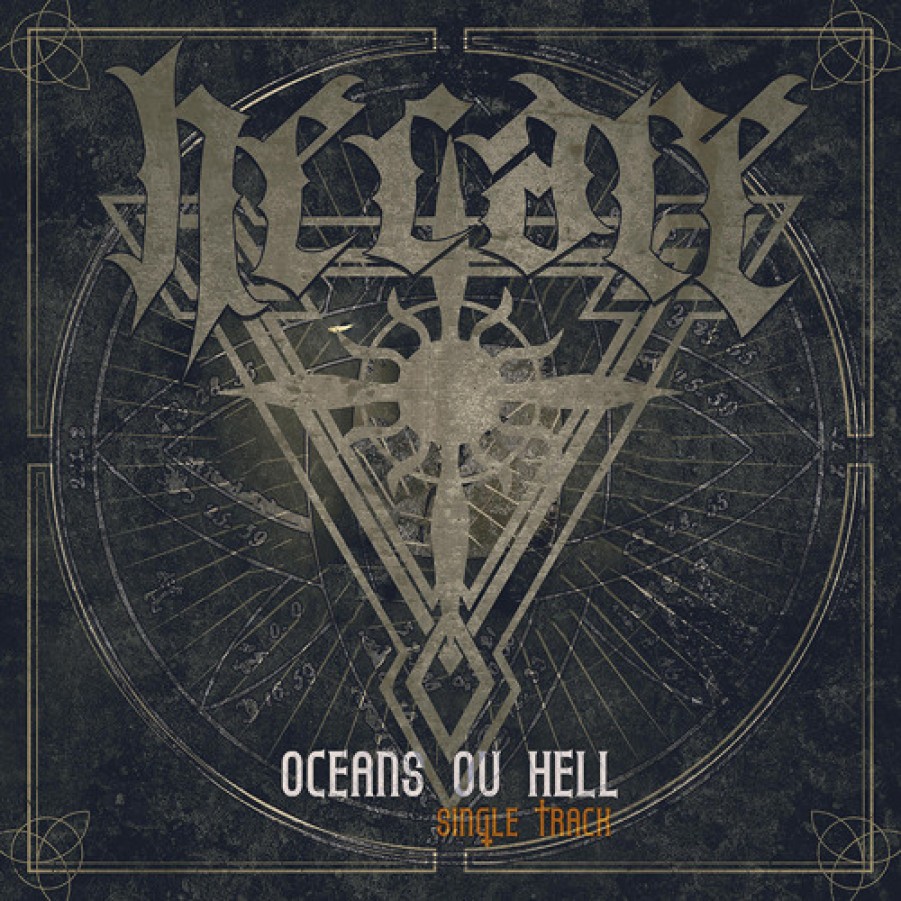 The track narrates the tales of wars and hatred between humans, the crisis of conflict has its clear appearance through the lyrics and the reflections of Hecate‘s music with some touches from Greek mythology or some ancient epic classic wars, as they have been narrated in Iliad or Odyssey .

The track carries the style of war drums, I felt that with every part of the track. It carried different ideas or we could say different stages of war from 00:01 to 1:41; the music with the great symphonic touches along with the harmony of the choirs reflected the causes of wars: The evil, chaos, authority, love of dominance. Second part from 1:42 to 2:08, talked about the effect of chaos on emperors; many emperors rose and many of decayed.

From 2:09 to 2:32, we move towards the crisis of war with changes of speed and changes of riffs to be faster and harsher that gave the feeling of how much wars causes destruction, accompaied with powerful guitar and bass tunes. The speed drums reflected the speed of destruction from 2:32 to 3:27; the sounds of choirs with symphonic harmonies and clear sound of clear guitar with cello sounds.

From 3:28 we reach the middle of the battle; when the hero stands alone holding his sword high all the instruments fades down to almost silence, just the sounds of guitar and vocals. The vocals took a little bit of the narrative style to describe the destruction surrounded and declaring the time of doomsday with the followinf quote:

From 4:02 to 5:29 civilizations would start to face their own doom with the extreme music and symphonic riffs, the screams of choirs and vocals represents how we destroyed ourselves. The riffs from the beginningcomes back on repeat, along with talking about chaos, then it finally ends with sounds of choirs about the oceans ov hell.

As previously mentioned, ‘Oceans Ov Hell’ gives us the slightest idea about the upcoming Hecate‘s stuff. It’s more creative, handles more extreme music with a great mix of symphonic touches along the excellent usage of choir. You can easily witness the progress in Hecate through this track
The harshness and melody of the music is magical, the symphonic music and usage of choirs are perfectly implemented. High Harmony and accuracy, excellent quality with perfect expressions about war mixed between English and Latin, which presented the track with the colors of epic mythology, and high philosophy.

The track deserves a solid 9.5 out 10. Hecate is already one of the best black metal bands in the Egyptian scene, despite being only created in 2014, I’m very sure Hecate will have more success in the future, there is no doubt that Lord Mist could put the Egyptian Black Metal on the international map through this project.