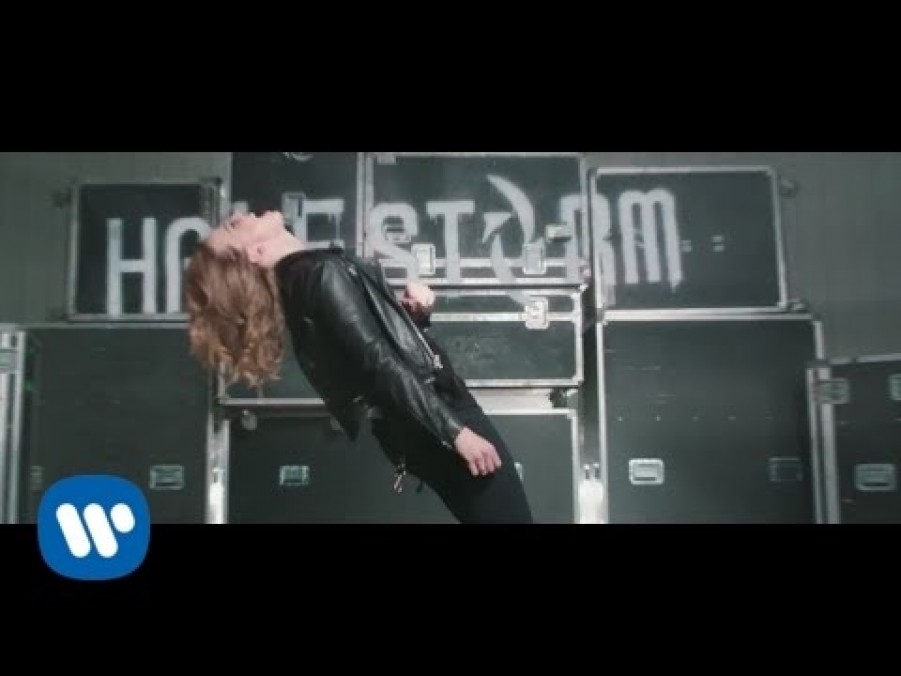 Halestorm is an American Hard Rock band that was formed in 1997 and got quite the attention after their self-titled debut album. In 2012, they released their hit album, The Strange Case of…, which was even a bigger success.

Now, they’ve released their first single from their 3rd album. Halestorm’s first singles are known to be bombastic and hard-hitting, like I ‘Get Off’ from their self-titled and the Grammy-winning ‘Love Bites’ from their sophomore. ‘Apocalyptic’ doesn’t fall far from that. It might even imply that their new album will be heavier.

Musically, the song is energetic yet has the catchy quality of a single. The Rhythm guitar sounds heavier than their usual; the lead guitar and drums are up to the challenge. Vocally, I think we already know Lzzy’s abilities from the first two albums, no matter how heavy the music will get, Lzzy will deliver and you’ll be more than impressed.

I was far from disappointed listening to Halestorm’s single and I’ve been getting disappointed a lot but I know that Halestorm are a band that are always on point. I always expect more from the album than what I get from the single- not that the album always lives to my expectations- and ‘Apocalyptic’ has given me quite a lot to expect of their 3rd album Into The Wild Life.