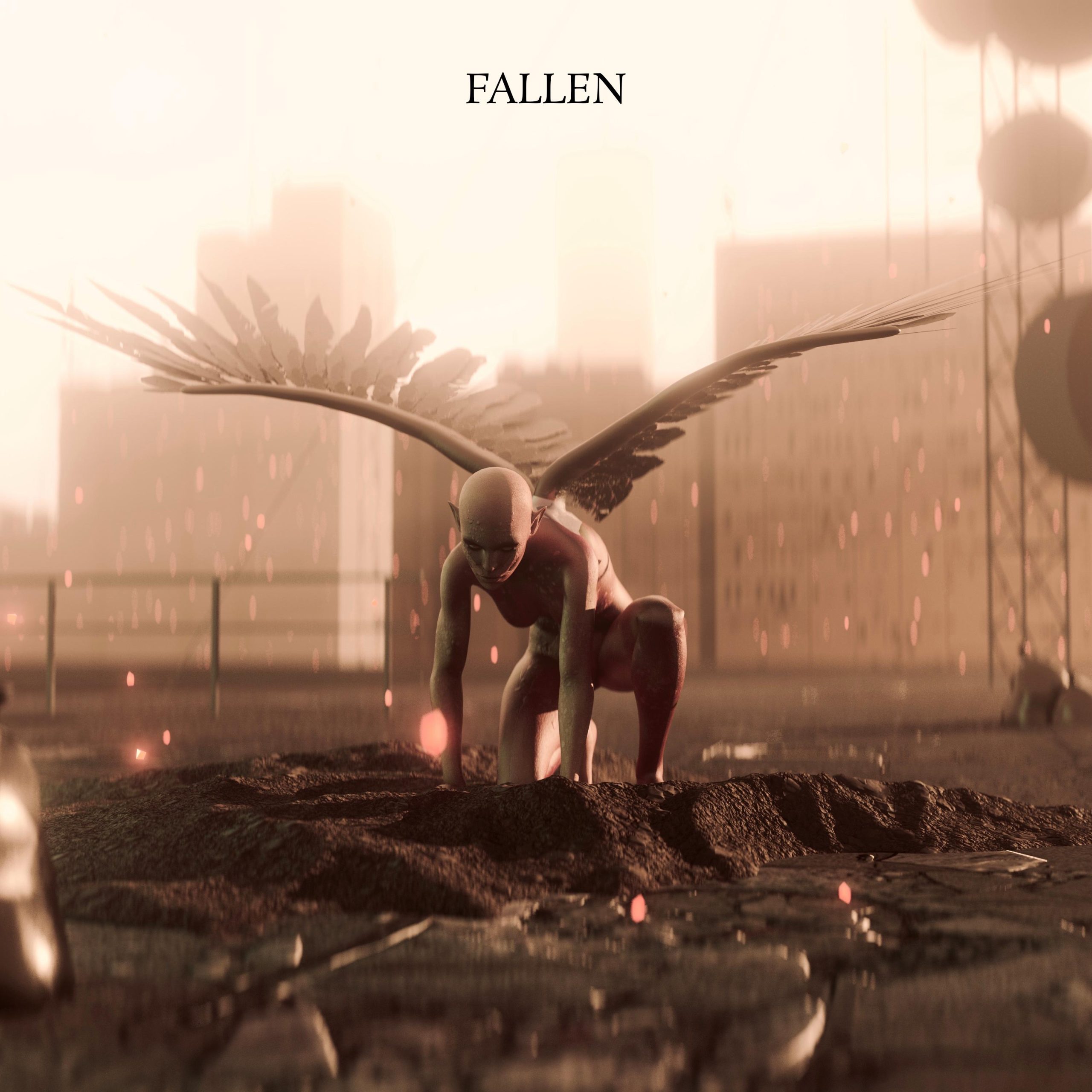 Emerson Vernon just released his first single in his new musical identity. His passion for music wasn’t optional, more like genetic as he grew up in a musical home with both parents as musicians. Given his background and upbringing, he started producing different beats at the age of 15 which he started releasing under the stage name “Wolfi”. In 2020 during the pandemic and lockdown, Vernon released his third album which was different in terms of sound and musicality. This phase changed his perspective, and it was reflected in his music, resulting in the immersion of a different artistic character. Listening to his earlier tracks, they were leaning more towards punk-pop with a fun teenage vibe and a cool hype. “Fallen” on the other side is edgy and more elaborate in terms of guitar lines. The electric guitar is vibrant, with intense chords and riffs. The vocal line is more subtle and certain. Vernon’s shift in sound is hard to miss; his character is dominating in both sounds, but his new track shows a more mature side of the artist, a more developed and significantly more skilled one. A new music video is coming for the new track to give a better visual of his new artistic identity which he co-directed.

With over 35K listeners each month on Spotify, and a new collection of singles on the way, Vernon hopes that his fans embrace him for who he is and not just for his musical identity or the genre of music he chooses to go with. As he says, “I want people to ask questions that can only be answered by the next song as well as the one preceding it.”