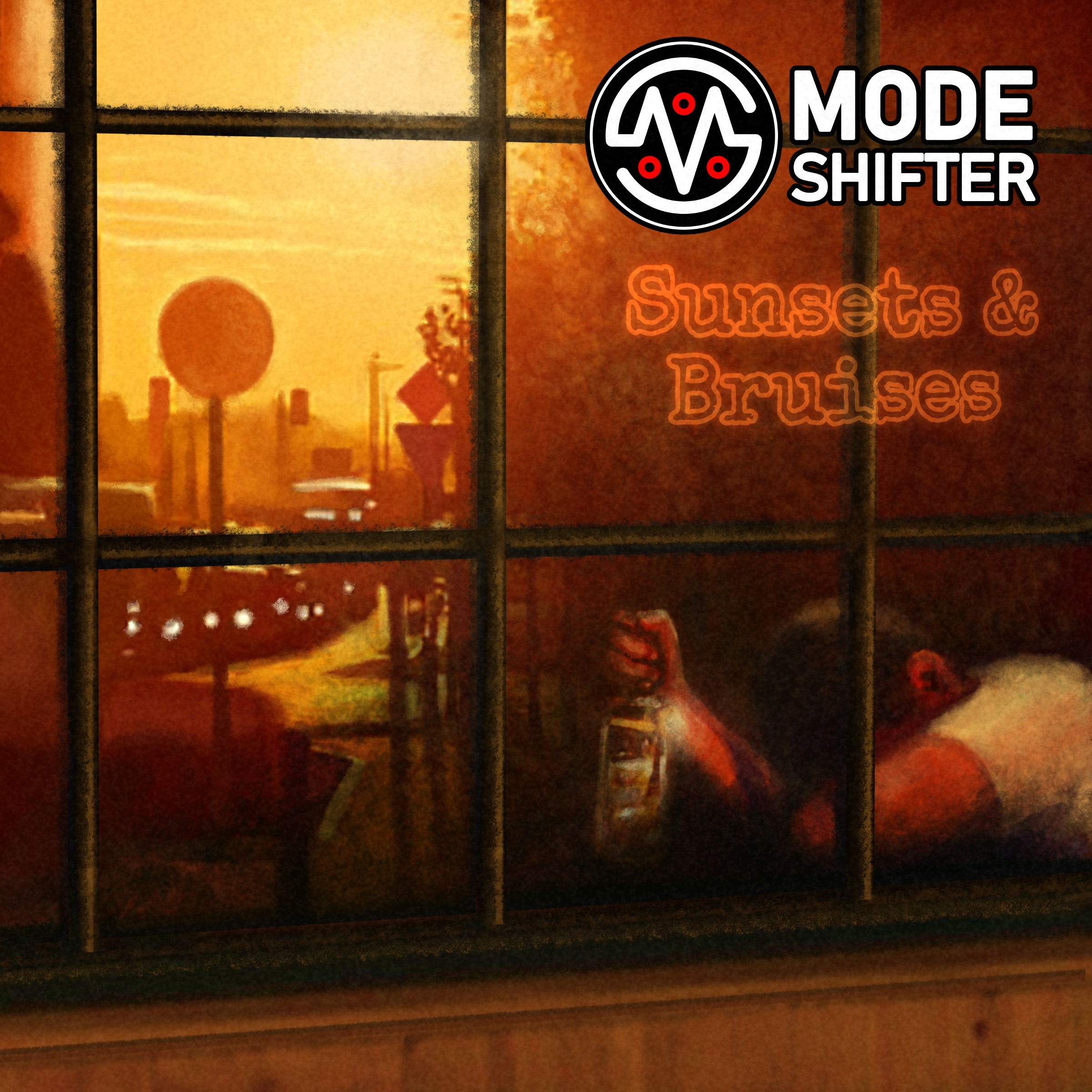 Hard Rock is an appealing idea on paper. Hard-hitting beats, solid basslines, oozy overdriven guitars, and raspy heartfelt singing, it all sounds very nice. But the reality is that the older a genre gets, the more time it spends on our collective listening radar, the harder it becomes to make compelling, entertaining, and honest Hard Rock, simply because fresh ideas are harder to come by. Mode Shifter decided to give it a try, let’s see how it went.

Mode Shifter is Matt Davis, an Aussie from Adelaide. An SA music award nominee, he set up his private studio after years of playing with bands, from Folk to Punk and everything in between. And it was at his Sore Paw Studio that this eclectic collection of songs saw its conception. Sunsets and Bruises is a 5-song long EP that takes a shot at modern Classic Rock. Classic Rock with modern production techniques that aims at that heavy-handed feel of classic rock but with a more adventurous use of electronics, synths, and studio trickery.

The songs, while ambitious, have varying degrees of success in hitting different parameters. The starter, The Jackal, features a very charismatic riff, with solid, grooving bass and drums. The vocals also have a dangerous edge which fits in well with the words. The singing itself is full of character. But the song struggles (a little) at a few spots. The very quick beat seems to trip over in each chorus turnaround as the flow of the vocals gets in the way, creating a moment of messiness that the production doesn’t quite a polish enough to put it where it needs to be. Unwanted’s lyrics are a bit like a thrift store version of Radiohead’s Creep. The riffs are, again, musical and solid. The second half features a fun interlude which merges back in with the catchy chorus riff in a very well-thought-out way. Time Wasting is a more brooding cut off the EP, with tight beats and minimal, melodic riffs. The riff turnaround is a moment of exciting tonal contrast that compliments the dark main body of the riff and gives it meaning through a hint of brightness. The Parade is also a relatively soft tune. With bolder singing melodies that Matt Davis has a harder time with, the song ends up sounding like a less confident version of the song that precedes it, which feels similarly brooding and dark but with a more compliant arrangement to the artist’s abilities. Completely is synth-based, fun, playful, and brightly melodic. A sweet tune that heaves and swells as the dynamics of the synths rise and fall, and with it, the intensity of the sneaky autotune. Quite fun.

With nothing particularly to stand out, the album can have a hard time keeping the average listener’s attention. But if you’re one who readily swallows Rock, then this release is a short, fun, easy-to-digest, and easy-to-enjoy one that’ll give you your daily shot of Rock, nothing more, and nothing less.