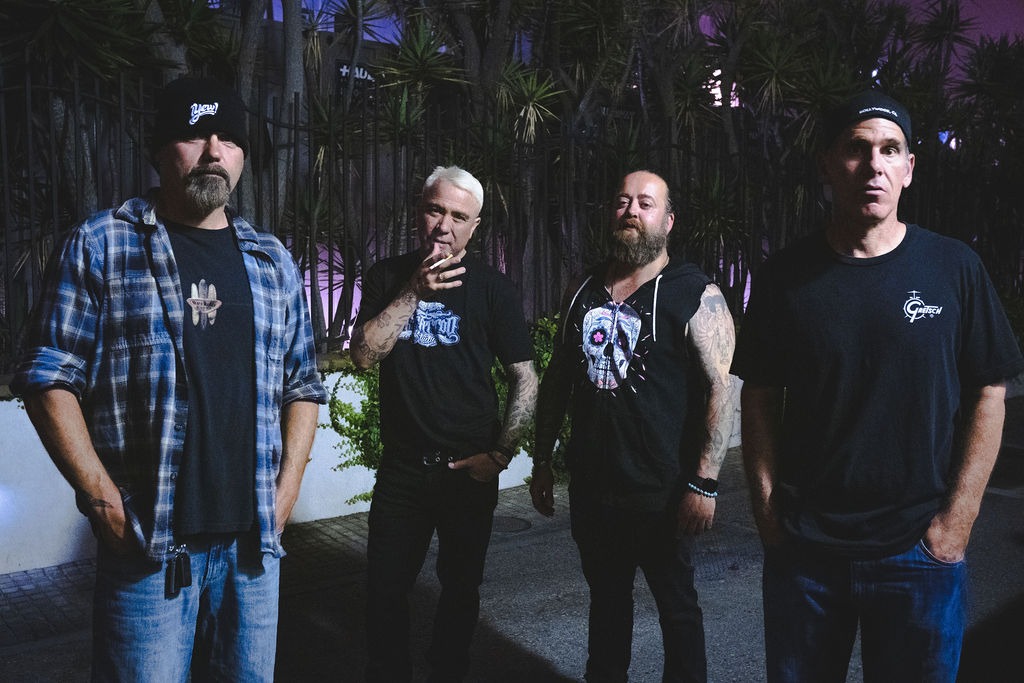 You’d be crazy to not recognize this EP as one of the tastiest, most well-rounded and well-paced alternative rock releases for a very long time, from a group that deserves way wider recognition and appreciation. So, let’s explore today what Centershift has prepared for us.

Centershift is a powerhouse. Fronted by Jason Radford, of Onesidezero fame, on vocals and guitar, he is a frontman with sensational abilities. Armed with a clear and strong voice and a versed hand on the rhythm guitar, he manages to make every song relatable and grounded with his rich and accessible singing, while retaining a very huge presence through the massive riffs they deliver. ‘Of…’ is the second of three recorded releases that will see the light of day during a 12 month period. Produced by Jim Wirt who worked with Incubus and Hoobastank, the sound is lush with calculated reverb and bone crushing drums, the guitars are overdriven to perfection and the bass is warm and embracing, leaving nothing to note against the speckless sound.

Where this release truly shines though, apart from the individual talents of the bandmates and the fantastic Mr. Wirt on production duty, is in the songwriting. The songs are all sublimely written and thought through pieces of tasteful rock music, with minimal excess or electronic wizardry, the songs manage to stay rich and detailed largely using the natural sounds of the instruments and the well-written riffs, guitar and bass lines, and drums. ‘And So’, the starter is manic and driving. Featuring an absolute juggernaut of a drumline, courtesy of Stefan Storace. The drumming on this song alone is worthy of drawing a comparison between Storace and the finest of the drummers that we have ever heard. A little over 2 minutes of immaculate, groovy, fun, and crazed drumming along with a delicious guitar riff that’s equally skeletal and exciting. ‘From Where We Are’ sees the band soar even higher. The main single is moody and mystical, With a brooding chord progression and a guitar riff that’s a perfect fit. The verses feature Radford’s warmest vocal delivery on top of a spacious backdrop of heavenly, reverb-full atmospheres while the chorus feature one of the catchiest and most creative riffs that I’ve heard a guitar play since I heard Radiohead’s ‘There, There’ years ago. ‘Falling Into’ is nice nu-metal. The band can easily trace back their roots to the late 90s nu-metal craze, and it’s on ‘Falling Into’ that we see this influence clearest, in the quick and cleaner-than-expected guitar riffs and tones. The lyrics can fall a bit to the background underneath all this heavyweight musical shootout, but make no mistake, the songs tell a continuous story that will continue on all three EPs.

‘Arise’ sees the band channeling Muse at their earliest days, and their rawest stages. Something keeps telling me that this album, as a whole, might be very close to what the fans of early 00s Muse have been waiting for the better part of a decade now. The composition is grand and the riffs are adventurous. A gentler mid-section features a beautiful solo that’s played, primarily, using guitar harmonics, which sound devastatingly beautiful. ‘What If’ is a gorgeous closure. Again, the mystical chord progression, the duality of heavy and light, loud and quiet, are used to such a great effect and with such smooth incorporation that the song ends up sounding untouched, organic and raw. A clear-as-day sign of epic vision and songwriting talents.

A true class act of a band. Experienced, motivated, active and creative. I can’t wait to listen to the remainder of what they have to release if it’s going to be as sublime as this release.