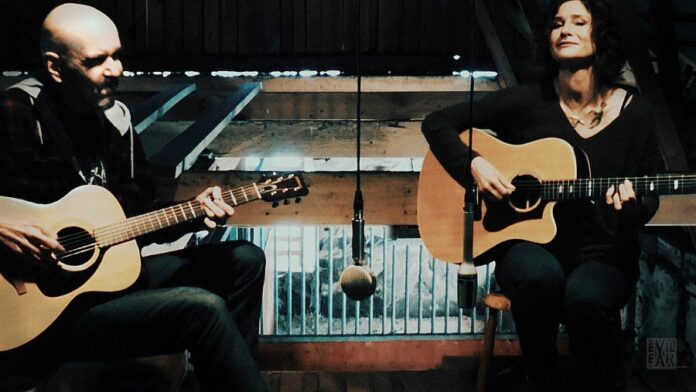 In contrast to the somber, dark original, the barebones version of “Dive In” is more dynamic, with acoustic riffs and lively vocals. It has a jazzy feel to it, with country soul in the tunes and vocals. Although the harmonies are lighter, the blue, gloomy side of the lyrics and the anguish in Tess’s emotional, passionate vocals give you the feeling that you’re the one diving in and about to sink.

You’d think an instrumental with just downtuned acoustic guitars would be poor, but “Molosser” proves you wrong! You can’t help but vibe in with this duo. The part when Jahn swaps his guitar with one that is tuned differently demonstrates how diverse they can be just by using acoustics! They’ve taken the same approach in the music video as they did in the live version of “Solid In,” with just the two of them recording their live performance with microphones, but it’s still a thrill to see and enjoy as if you were there.

If you can’t float any higher just Dive In with “MOLOSSER.”