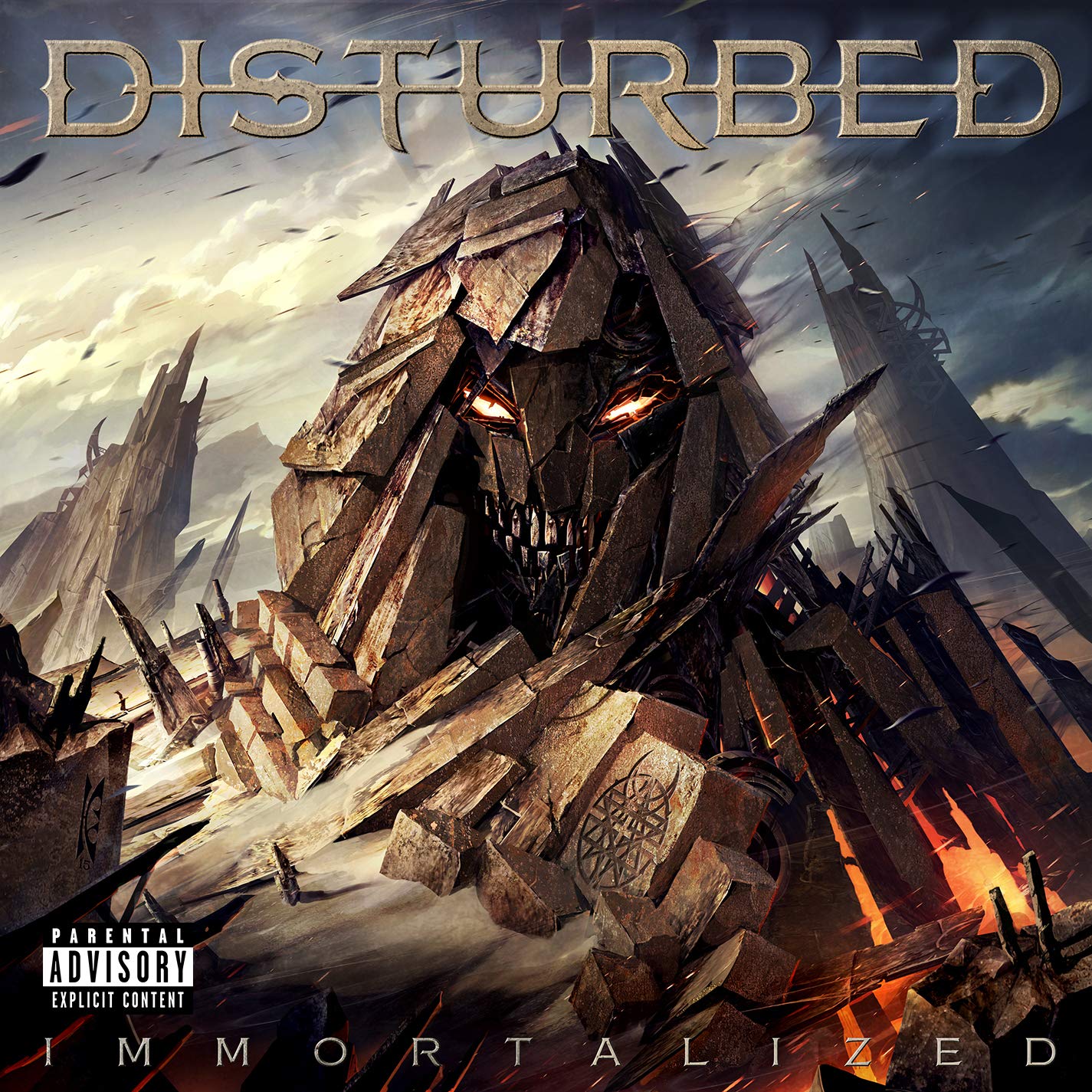 Normally when you hear that your favourite band came back from a long hiatus, you’d expect that they’d come back with great and powerful new material. But sometimes, unfortunately, they usually don’t.

After a long time of absence, Disturbed has decided to satisfy their fans’ hunger with a new album entitled Immortalized, the album’s length was 53 minutes long and contains 12 tracks which are:

The subject themes within the album are not that new to many of us, as they have been repeated throughout many songs by multiple artists. The only difference that we noticed is that it has more emotion, mainly extreme anger, hatred towards the growing negativity and violence in the world with all its forms.

Now, if you are an old and devoted fan of Disturbed‘s music then this album is for you. As David Triaman, Disturbed‘s lead vocalist, stated through many interviews that Immortalized is for Disturbed’s fan core. Through the album, the band discussed the same social issues as Media, Inner Conflicts and Drugs as well as their music carried the classic style sound of Disturbed with more anger and evil. So this album may attract new fans to Disturbed, but for their original fans they’ll still have some disappointment as they waited for a stronger and more creative return. It’s still, however, an accepted return for Disturbed. Although these points of argument between the fans, the album could save its place in many musical charts in addition to being listed on Billboard 200.