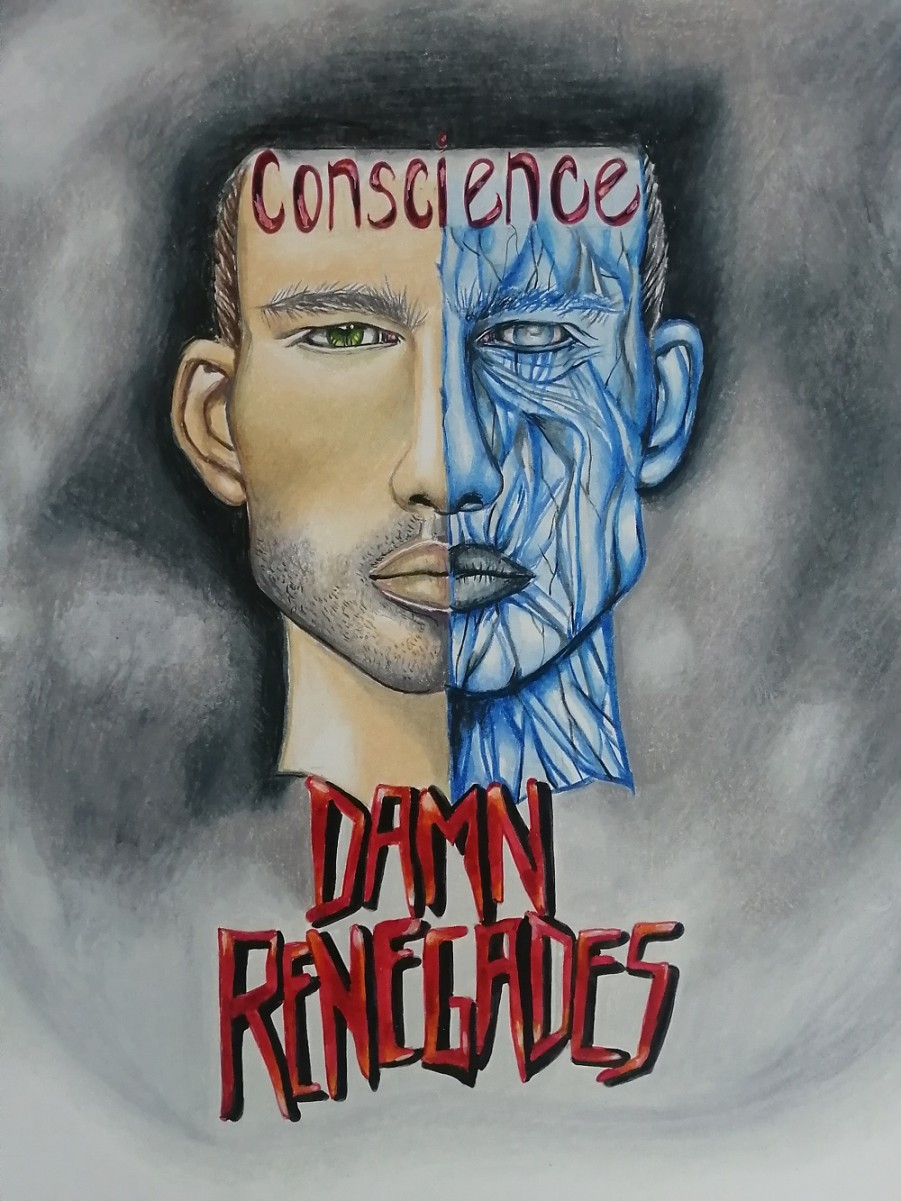 It’s that unkempt anger and stringy riffs that made Nirvana who they were before them, but Damn Renegades’ “Conscience” is a hard rock hum in the background of life creating chaos, mayhem, and inspiring youths to strum their pain with this song. There are too many good elements in the creation of this song, from Dillon Finn’s electrifying bass to Vinnie Muckye’s drums. Vinnie’s first rock concert experience must have paid off, since the wonder with which the 9-year-old child’s eye-witnessed the rock masters thrashing their energy onstage has been easily transmitted through the powerful chorus and the progressive drumming.
Releasing their second EP Caravan this year, Damn Renegades has already solidified their presence on the rock scene. Using their talent and their passion to drive through the dark times, “Conscience” won’t just be an anthem for modern times, but a shoutout into the void, not merely a way to attract attention.