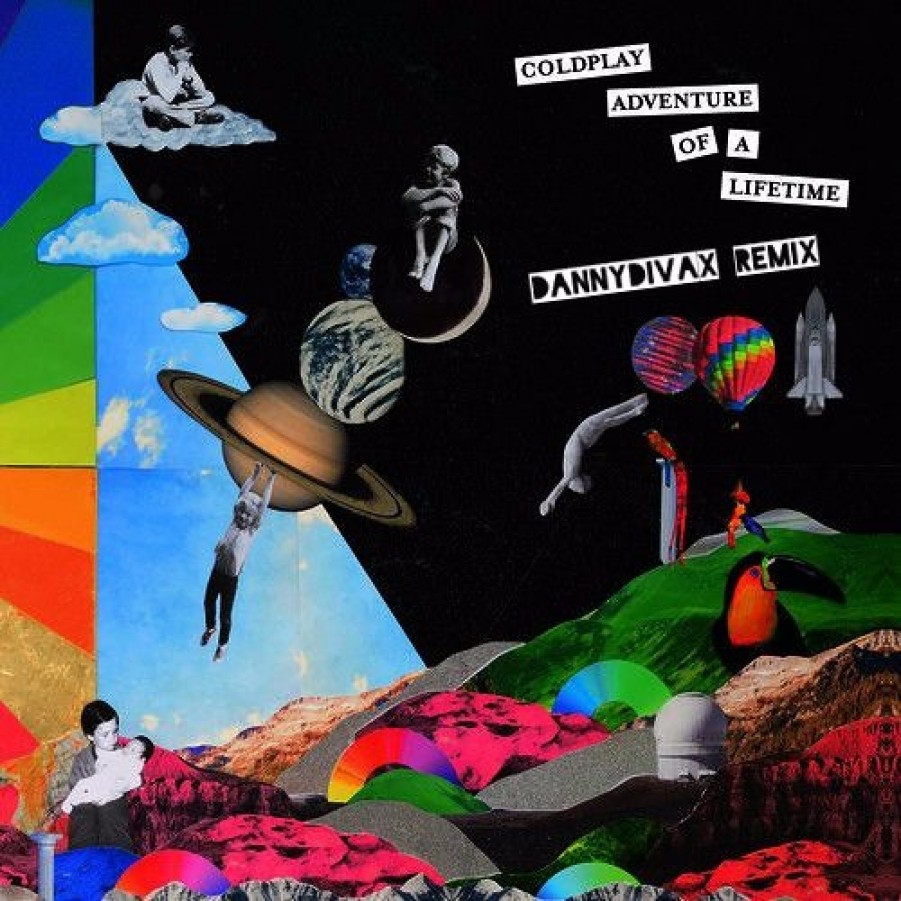 Coldplay are exactly the band you expect to make headlines. The last time they made huge headlines was when their lead singer, Chris Martin, announced in an interview with BBC Radio 1, that the band’s upcoming album might very well be their last. “It’s our seventh thing and the way we look at it it’s like the last Harry Potter book. That’s not to say there won’t be another thing one day, but this is the completion of something,” he stated, back in December of 2014.

And now, more than a year after the release of their latest album, Ghost Stories, Coldplay have just released a new single, titled ‘Adventure of a Lifetime’.

‘Adventure of a Lifetime’ is the lead single off the band’s upcoming album, which will be titled A Head Full of Dreams, and is scheduled for release on December 4th.

Listening to ‘Adventure of a Lifetime’ for the first time, it won’t take you long to realize the huge difference between this sound and the one which Coldplay had in Ghost Stories or most of their previous albums. Getting more adventurous, as the title of the song implies, Coldplay made a leap onto a genre they have never experienced with before, which is Disco.

The single is upbeat, light-hearted, quite catchy, and with a simple set of lyrics. Initially, ‘Adventure of a Lifetime’ was met with an angry reaction from the band’s fans who seem to think that Coldplay is somehow selling out, making music that appeals to the general populous.

But hasn’t that always been the case? Coldplay has gathered a wide fan base since day one. They have managed to unite lovers of various genres under one umbrella. It’s wrong to confuse their desire to try something new for “selling out,” simply because Coldplay is an already popular band that isn’t looking to make a comeback.

In fact, ‘Adventure of a Lifetime’ sounded to me like the better, more professional version of what the band tried to do in Mylo Xyloto, and it’s definitely not a new thing to see, bands trying out different genres in later stages of their career. It was done before by Arcade Fire in their latest release, Reflektor, and it was a huge success.

‘Adventure of a Lifetime’ is a song you could listen to when you just need to relax. The simple lyrics are nothing but Martin asserting his love and admiration for someone who makes him feel alive, and while the wording of the lyrics may strike some people as lazy, it struck me as honest, smooth, and to the point – you don’t need to think much about what he’s trying to say. You can just listen, nod along, or dance your ass off, and the song would still be enjoyable.

The key to enjoying this song and, I expect, A Head Full of Dreams, is just taking it for what it is, without trying to think so much about how much more meaningful the songs could have been, simply because they weren’t made for that purpose.

In my opinion, ‘Adventure of a Lifetime’ is only Coldplay doing what they do best, which is making music that appeals to anyone and that keeps playing in your head after you listen to it.

It makes me very excited to see what other kinds of songs A Head Full of Dreams has for us.

Listen to ‘Adventure of a Lifetime’ below and enjoy the smooth, laid-back and yet very far from boring tune!