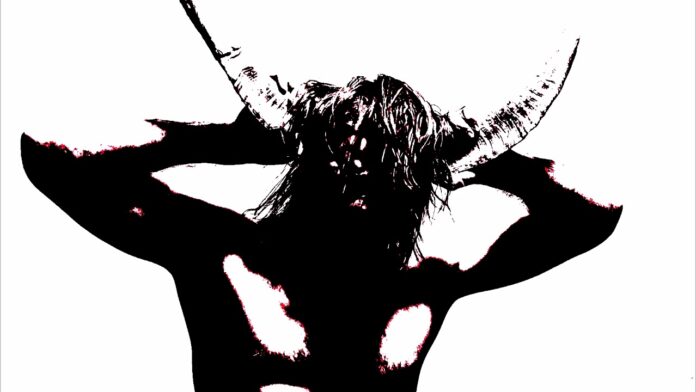 Okay, tell me more about your musical background and how did you start?

My musical background is mostly in metal bands. In metal, I have done pretty much everything except black metal. I think I could have been in a black metal band at some point, but that just hasn’t happened. I am a self taught musician; when it comes to playing and singing. It gives me the freedom not to carry an extra load of restrictions and rules and on the other hand let’s me utilize every rule that I need or want to.

“Orpo Piru” is a very interesting name. What does it mean and why you didn’t consider to form it by your own name?

It’s a Finnish phrase which I don’t think has a straight translation in English. It is something like “lone devil/orphan demon” interpreted from word to word, I think “poor bastard” comes pretty close as a phrase. It came to me from a feeling which I got when I started to do solo gigs with just me and my guitar. For some reason I ended up playing this one song in a funeral at a church’s premises… so I felt pretty much like a lone devil up there with my background in metal and everything. I tend to feel like it whenever I perform solo, it’s a bit awkward without the support of a band.

“A-Mortal Vision” as a solo project, how as the recording process for you? And was it tiring? – especially that you did everything by yourself.

The recording process was pretty easy actually, almost like a therapy session at that time. We were supposed to record only couple of songs as an acoustic versions at first, but when those were done in the summer of 2017 I realized I had like ten new songs and these demanded an electrical coating. Which we delivered pretty soon, as we started demoing in August 2017 and everything was rehearsed and recorded by the end of November. One of these acoustic songs from the first stint can be actually found from Orpo Piru’s YouTube channel – Possessed by Satan. This one has a rough title, it is a cover song of one the former death metal bands I used be part of called Damngod. But anyway, the recording process was not tiring at all since I got to be in charge about almost everything. No need for endless discussions with band members about this-and-that-and-how-and-when 😉 The tiring part was getting started the publishing and promoting process, as always for me. There are a bunch of new songs waiting to be done properly, but I have to halt since I need to spread the word about A-Mortal Visions and Orpo Piru in total first.

“It’s all about homo sapiens, the past and the future of the being.” this is how you described the album. Could you tell me more about your concept and lyrical themes?

The concept was heavily inspired by the works of an author called Yuval Noah Harari. The idea of basic blocks for life being born in the the center of a star as atoms (and/or smaller particles), being spread around the universe eventually finding circumstances to form life as we know, and eventually evolving in to some sort of life form which we can not probably even conceive. Mixed up with some personal issues, which I won’t open up more. There is also a lot of ambiguous stuff the lyrics, so everyone may do their own conclusions about certain issues. But yeah, this is pretty much the theme for A-Mortal Visions.

Well, “Arrival” is my favorite track here; but I am kinda lost with the meaning. Could you provide more details about its concept?

It is about the “Arrival” of sort of super humans, or the next phase in human evolution. Man invites the superior being among our presence and eventually the superior being evicts man away. Will this happen peacefully or not? At least the superior being is equipped with much more greater intellectual capacity, so it doesn’t need us humans anymore. Much like man builds a house on top of a beehive. The bees have a fine culture of their own with a special hierarchy. The bees are intellectual in their own way, but what does the man care about the bees when they try to get back to the premises of their old home? The bees get evicted. We don’t care about their intellectual capacity or their home being where it was. We don’t have to kill the bees though, we have means to also do it at least half peacefully. But most of us will evict the bees. A-mortality is a first step towards this superior being. It is something medicine has worked towards since the days of Hippocrates. To cure every illness, malady and ailment one has to bear. Medicine will achieve this one day, and that day the first a-mortal has born. An a-mortal being can be killed though, but unless the injuries are not too fatal, one can be healed and brought back to life forever with the tools of future medicine. Or today’s medicine…? Anyway, it is likely when this happens that the class divide will be enormous. The rich will be a-mortal and the poor (like 99% of earth’s population) will still be chained in their mortal shackles. The question is, what will the a-mortals do…? This is an event in the (maybe not so distant) future which will determine the course of humans forever. And, there is no need to talk about immortality. We have to handle the issue of a-mortality first – if there is anything to handle after that…

Nowadays, one-man-project isn’t the trend in the music business, as some audience prefer to see a live band in concert. Or how do you see it?

Well, I don’t really think about the trends – at least from that point of view. I can do one man shows now, and I know enough talented musicians to form a full electric band for a rock’n’roll show. But that will have to happen for the need of the audience, not for the need of myself.

For any rock/metal listener when you ask him/her about Finland; s/he would mention iconic names like; Stratovarius, Sonata Arctica, Amorphis, Sentenced (1989–2005), Children of Bodom, Nightwish, Apocalyptica, etc.. In your opinion; why the Finnish metal scene is much popular than the rock one? Is it just publicity matters?

In my opinion the Finnish metal scene is totally overcrowded. There really is no space for new acts, but still every now and then somebody manages to break the bubble and get the place in the spotlight. So they tend to head abroad as soon (maybe even too soon) as possible. That’s one reason why the metal bands are more visible abroad. I think there are a lot of great rock bands also in Finland, but they tend to sing in Finnish. That is a restriction abroad, but that probably isn’t the full reason why the metal bands have made their way in the global market. I think the early bands like Stratovarius, Amorphis and Sentenced paved the way which was then easy to follow once somebody had gone first… and on the other hand, HIM and The Rasmus were once the most famous Finnish bands internationally and I consider them more rock than metal.

I recognized that there are no much social links for the project, or a website. Don’t you think that such tools could be useful for promoting the project?

This is a conscious choice. I got fed up for Facebook, one can not get the coverage one used to get there without investing in massive promo campaigns. Of course, FB provides the platform so they have every right to do so. Since Orpo Piru is also at least a bit visual project, I decided that besides the music platforms (Spotify etc, YouTube) Instagram will be the only place for now where to be alive in social media. It is easier to concentrate for the content when everything is concentrated in one place, and I can use my funds for more important things than Facebook promo campaigns, such as shooting the next videos and recording new songs 😉 And actually I do use Facebook for sharing Orpo Piru content through my personal profile. I can get a neat coverage there through my network.

Finally, what are your plans for the future?

Next up there will be a video, and it will be something different. I will do a solo performance on stage and play a short set of cover songs. This will be as minimalist and simple as it can get. After that there will be a new single (electric, rock band style like A-Mortal Visions) with a new music video. I hope to get these done and released by the course of this year, let’s see…

– Have any news or submissions, send now to [email protected]