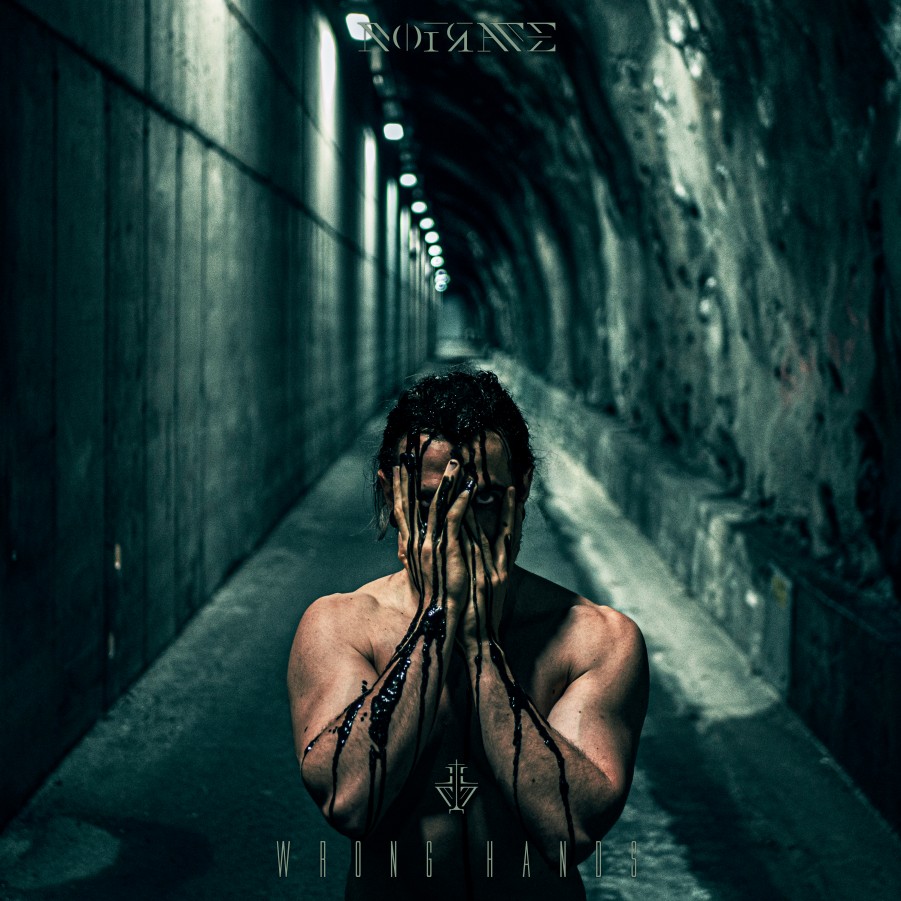 ● You’ve got an original pop sound,well-done!Tell me more about your roots and when the idea of NOFRAME started?

Thank you for the kind feedback.
NOFRAME is my solo project in which I manage writing, production and singing.
My relationship with music born as an interest from early age thanks to my father, who introduced me to artists such as “The Doors“, “Jimi Hendrix“, “Frank Zappa” and then get to “Black Sabbath” and other groups that marked my first approach to Metal.
Then I developed a more personal taste that included “Marilyn Manson” at the time of “The Golden Age Of Grotesque“, still my favorite record. The study of this character has taken several years of my life and has been fundamental for my personal growth. Beyond the accusations made recently against the artist, which I do not want to speak about, I must attribute an important role to him. Spending my time on Documenting on its history and on his lyrics, he has taught me not to accept common morality, but to form my own; to understand when in life you have to turn the other cheek and when not and another important thing:
To see your differences as a cue to be good at something and not a reason for discrimination.
His art has allowed me to have an open mind which has oriented me towards the discovery of other genres, similar to his style or not, such as Nu Metal, Metalcore, Deathcore, hip-hop, pop, trap and finally electronic music.

That’s why for my second single, I approach with a style more melodic than my first single ” Unanswered ” which was defenitely heavier.

I love experimenting with different genres according to how I feel in that moment and taking inspirations by the music I’m listening to in the moment I’m writing songs.
In fact before “Wrong Hands ” I was listening to melodic music and the artist who inspired me more was “Michl” with his selt-titled EP.

Maybe you won’t find any analogies with ” Wrong Hands ” but He influenced me to change the approach with this song.

● ‘Wrong Hands’is really impressive. Inoticed variations of styles between pop, industrial, among other influences. Was this planned during the songwriting process?

Yes it was all planned. When I start to write a song, I know exactly how I want to make it sounds but often some ideas doesn’t work while others that come by chance are the best one. In this case I wanted to make a more melodic sound but I tried my best to keep clear the identity of NOFRAME emerged with the first single ” Unanswered “.
When I listen to them, I know the style is different but as a friend of mine told me, he can recognize my sound in both the singles even if they are regrouped in a playlist of over 1k songs with different artists.
This one was one of the best compliment I received so far for me.

● I have checked in your press release what the lyrics are about but I was kind of confused because it ends with “he is no longer able to change.” Can you please elaborate?
The song speaks through a dialogue in my mind in which I describe some feelings that changed my point of view about the world, persons and first of all myself.
The dialogue is dark and speaks about something lives in my mouth which makes me numb about circumstances and people. In the meanwhile I see something / someone shows me how to kill any pain and to gives me everything I necessitate not to take care about dark feelings.
That’s why at the end I sing ” Because I Can’t remember what I’m figthing for” as I know that I don’t need to write a song about this fight but that at the moment this awareness is not enough.

● I was really confused with the music videos concept onyour YouTube channel. Because it was just an audio preview. Are you planning to release a music video soon?
In this moment I’m not planning to release a music video because they are an important point for me. That’s why I decided not to make videos until I will have the right economic support I need to realize what I exactly want.
On my social accounts I started to make some video teasers to present my songs. These short videos which are usually around 15 seconds are the right compromise for me to create something that makes me happy without particular investments because the videos are self-made with a friend of mine.
Moreover at this point in my artistic career, I think it is wiser to invest the budget to make my music known to as many people as possible.

● I can not deny that you’re making great progress by working solo, are you aiming to add other members to your project someday?
I think I won’t add any other members to my project because it’s very personal from the sound to the lyrics but my sound engineer helps me a lot to make my songs sound more professional as possible. In addition, he gave me all the knowledge I needed to start producing my songs and if I have a creative block, he always has some great tips for me. So I definitely owe a lot to him.

● So ‘Wrong Hands’ is your latest stunning single,but tell me is ita part of an upcoming album soon?

I’m not sure but I think ” Wrong Hands ” and ” Unanswered ” will be part of an EP composed by 5 – 6 songs.
I’m working on the other songs and I think the next one will be released within 4 – 5 months from now.

● Finally, the COVID effects till threaten sour live music scene, tell your fans about your promotional plans in 2021.
At this moment I have no plan about to promote live my music as I released only two songs.
When I will have out an entire EP or more or less 5 songs , I will start to consider to perform them in live.
Anyway as soon as I plan to make lives, I will tell it on my social accounts and website.
The same thing applies to my next releases. Take a look on my IG profile to know when my next music will be out. Thank you too!